The destructive effects of global deforestation have been well-documented. The leveling of rainforest in order to build plantations for the production of palm oil — the world's most widely used vegetable oil, found in thousands of the most commonly used consumer products — threatens the way of life of indigenous communities and the very existence of many of the most endangered species as well.

Deforestation is also a significant contributor to climate change. “Tropical forests play a crucial role in stabilizing the earth's climate, storing vastly more carbon dioxide than forests in the world's temperate regions, according to the Union of Concerned Scientists: “A 2011 study estimated total carbon stored by the earth's tropical forests at 271 billion tons — that's about seven times the total carbon emissions from fossil fuel use in the year 2008.”

Currently, about 11 percent of global greenhouse gases are emitted through deforestation and other land use. The dire state of the world's rainforests may be most pronounced in Indonesia, which “ranks third in total global greenhouse emissions — behind China and the United States — due to the uncontrolled clearing and burning of its rainforests and peatlands,” according to the Rainforest Action Network.

The high price of convenience food

But the Scorecard was published before this year's proxy season got underway. Last week, Ceres reported that “20 major international corporations have committed to set goals to reduce greenhouse gas emissions or sustainably source palm oil.”

The most recent corporation to join the growing movement toward deforestation-free palm oil sourcing is ConAgra, whose brands, the company stated, can be found in 99 percent of American households. Engagement following a shareowner resolution filed by Green Century Capital Management and the New York State Common Retirement Fund resulted in the company agreeing to eliminate from its supply chain any palm oil supplier engaged in deforestation.

“The rampant deforestation for palm oil has captured public attention, creating real reputational risks for companies that use the ingredient in their branded products,” Lucia von Reusner, Shareholder Advocate at Green Century, said. “With this commitment, ConAgra has sent a strong signal to its investors, suppliers and the market at large that destroying tropical forests for palm oil is unacceptable business practice.”

Shortly before the investors' engagement with ConAgra ended successfully, Greenpeace International announced that Cargill — the largest importer of palm oil into the U.S. — announced its commitment “to break the link between its palm oil and deforestation, peat destruction and social exploitation.” 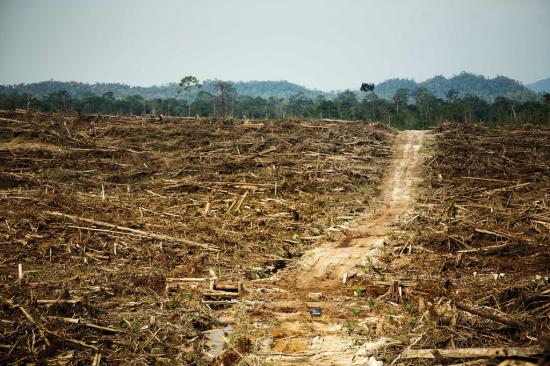 “Cargill's policy, which is effective immediately, comes on the heels of the Sustainable Palm Oil Manifesto announcement last week,” Greenpeace reported. “But while a number of the big palm oil producers that are part of SPOM held off on real actions, Cargill's policy is explicit in its pledge to implement the existing High Carbon Stock Approach (PDF). This is a critical step to ensure that Cargill's supply chain will break its links to deforestation, as it adds carbon stocks as one of the criteria that must be considered when planning the use of the land.”

Noting that Cargill's agreement “lacks clearer targets for compliance, along with plans for independent verification,” Greenpeace stated that it would continue to monitor the company's progress.