These chemical initiatives deserve your support

These chemical initiatives deserve your support

Laws, oversight and guidelines are essential to the success of sustainability initiatives, and responsible business owners can make a big difference by fighting for policies that protect our health and environment. Here are two pro-sustainable business policy items the American Sustainable Business Council is working on in conjunction with many other organizations — and information on how you can join the cause.

ASBC's campaign Companies for Safer Chemicals is advocating on Capitol Hill to make the business case for modernizing the nation's chemical laws.

But it is an uphill struggle. Just getting substances labeled as harmful is difficult. Consider the case of styrene, which the National Research Council recently upheld as a likely carcinogen by the National Toxicology Program. The NTP had previously ruled styrene was a likely carcinogen, but had faced stiff industry resistance. A styrene trade association had asked a judge to block the inclusion of this finding, but its arguments were rejected in court last year.

Styrene is used extensively as a component in polystyrene, often used in food service containers and building insulation, among others.

This example of how difficult effective chemical regulation can be should serve as a wake-up call. Eliminating the worst chemicals from commerce will require forward-thinking businesses to get involved. Incumbent industries have the resources to make this a lengthy fight. Elevating the business voices that support cleaner and safer products will be essential to recast the debate.

Lax chemical regulation puts public health at risk, which in turn can drive up health care costs — already a major burden for businesses — and hamper worker productivity. At the same time, concerns about the safety of commonly used products adversely can affect consumer confidence and drive demand down further.

The Toxic Substances Control Act has not been updated since its passage in 1976. The lack of effective, up-to-date chemicals regulation poses risks to the economy as a whole and to individual companies. Companies that produce chemicals, as well as those that use chemicals as inputs to production, suffer high financial risk because of litigable health hazards, such as fiberglass and asbestos, that can surface years later and bring companies down.

On the other hand, companies that have the know-how to produce better, safer alternatives to conventional chemicals have difficulty building a market because the hazards of existing chemicals are not measured and disclosed.

That doesn't mean it can't be done. ASBC has published business case studies from companies, including Kaiser Permanente and Seventh Generation, that have had success with safer chemicals.

Businesses can support the effort in a number of ways, from signing a petition for safer chemicals to joining the coalition to advocate for updated chemicals regulations. 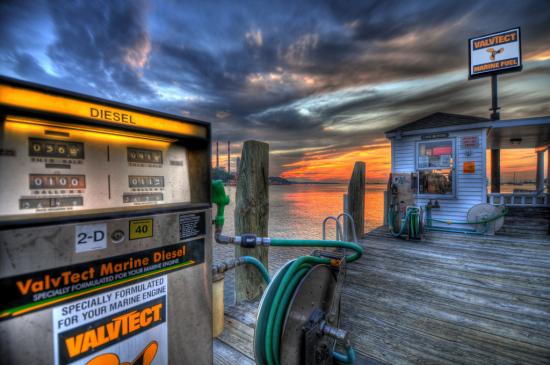 2. Fight back against "super pollutants"

Earlier this year, Sens. Chris Murphy (D-Conn.) and Susan Collins (R-Maine) announced they would introduce legislation to reduce emissions of short-lived climate pollutants, or SLCPs. These materials, also known as "super pollutants," include soot from diesel engines and cookstoves; refrigerants used in many household appliances; and methane, a far more potent greenhouse gas than carbon dioxide. Overall, they are responsible for about 40 percent of climate change.

A similar piece of legislation was introduced in the House last year. The Murphy-Collins bill would build on that in a number of ways, including calling for international efforts to reduce black carbon, a major element of soot.

According to Murphy, reducing SLCPs in the atmosphere could lead to a 25 percent reduction in sea level rise and a nearly 50 percent cut in the rate of rising temperatures, all while preventing as many as 2 million premature deaths annually.

Contact your senators and ask them to co-sponsor the bipartisan Murphy-Collins Super Pollutants Act of 2014.

Tweet in support of the bill using the hashtag #ActOnClimate.

Top image of test tubes by Raymond Bryson via Flickr.