“Don’t let fashion go to waste,” says H&M, the global clothing retailer that booked $20 billion in revenues last year. So I brought a bag of old T-shirts, sweaters and khaki pants to an H&M store in Washington, D.C., which took them, no questions asked, and gave me a coupon for 15 percent off my next purchase. H&M takes back clothes in all of its 3,100 stores in 53 countries.

Next, I pulled an ancient iPod and an iPhone 4S with a cracked screen from a desk drawer. On the website of a company called Gazelle, I answered a few questions and learned that the company would pay me $37 for the pair. (Without the cracked screen, the iPhone would have been valued at $135.) I printed out a free shipping label, and they were on their way. Not to landfills, but to a new life.

Meanwhile, not far from my home, a garage owned by the Washington Metrorail system is about to undergo a makeover. Existing lighting fixtures will be replaced by LEDs that are expected to reduce energy usage by 68 percent. The LEDs will be manufactured, owned and monitored by Philips, which will take them back when they need to be repaired or replaced.

Welcome to the emerging world of the circular economy. Faced with rising prices for energy and raw materials, along with pressures from environmentalists and regulators who have passed “extended producer responsibility laws” in Europe and some U.S. states, forward-thinking companies are finding ways to take back, reuse, refurbish or recycle all kinds of things that otherwise would be thrown away. In contrast to the traditional “take-make-dispose” linear economy, which depletes resources, a circular economy is an industrial system that is restorative or regenerative by intention and design. Inspired by nature, a circular economy aspires not merely to limit waste but to eliminate the very idea of waste: Everything, at the end of its life, should be made into something else, just as in the natural world, one species’ waste is another’s food.

This isn’t entirely new, of course. Recycling has been around for centuries — iron pots, for example, were melted down to make armaments during the American Revolution — and, when done right, it delivers significant environmental benefits by reducing demand for raw materials, energy and water. (It takes around 700 gallons of water to make a cotton T-shirt such as those I brought to H&M.) In the 1990s and 2000s, pioneering environmental thinkers such as Paul Hawken, Amory Lovins, Hunter Lovins, Janine Benyus and William McDonough laid the intellectual groundwork for the circular economy by developing such concepts as natural capitalism, biomimicry and cradle-to-cradle design. But they were slightly ahead of their time, as pioneers often are.

Now their ideas have been refined and rebranded by influential business thinkers as the circular economy — and they are getting the attention of big companies.

The timing is no accident: Prices for oil and energy have more than quintupled since 1998, metals prices have tripled and food prices have risen 75 percent, according to "Resource Revolution: How to Capture the Biggest Business Opportunity in a Century,"  a new book by Stefan Heck and Matt Rogers. “What we are seeing are two concurrent trends,” explained Heck, a former McKinsey consultant. “First, the cost of extracting resources is going up dramatically. That’s driven by the fact that we went after the cheap and easy stuff first.” (Think about the costs of drilling for oil in the Arctic or extracting it from Canada’s tar sands.) More important, Heck said, is that an estimated 2.5 billion people in China, India and other developing countries will move out of poverty and into cities by 2030. They’ll want apartments, cars, air conditioning and electronics, creating massive demand for energy and raw materials. 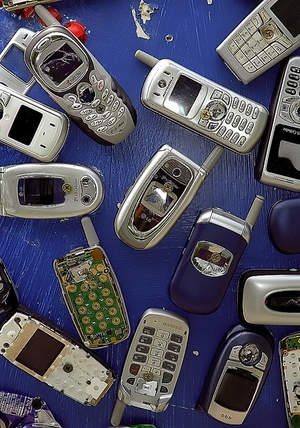 No wonder companies see the circular model as a business opportunity. The transition to a circular economy could generate savings of more than $1 trillion in materials alone by 2025, according to an analysis by the U.K.-based Ellen MacArthur Foundation, McKinsey & Company and the World Economic Forum, which are collaborating to promote circular thinking. The foundation’s partners include Philips, Cisco, Unilever, Renault and Kingfisher, Europe’s largest home improvement retailer, all of which are testing circular models.

“Companies are getting much more interested in how they can recover products at the end of life,” former foundation CEO Jamie Butterworth said.

Philips has gone further than most. The company began incorporating circular-economy thinking into its activities two years ago, the company’s CEO, Frans van Houten, recently told the McKinsey Quarterly. The thinking is applied to the company’s lighting and health care businesses.

LED streetlights in Singapore and Buenos Aires, like the new fixtures in Washington, D.C., Metro garages, will be owned by Philips, saving government customers the capital outlays. The governments will pay monthly fees based on usage. In Amsterdam, an office building being designed for accounting firm Deloitte will showcase a smart lighting system equipped with sensors that will deliver information to building managers about which offices are occupied and which need to be heated and cooled. The system is owned and managed by Philips, which will upgrade the technology as needed, while Deloitte pays for lighting as a service.

“We keep the ownership of the products, and we redesign them in such a way so that they have more value at the end of life,” said Henk de Bruin, head of sustainability at Philips. “Usership rather than ownership is a trend we see emerging.”

Stockholm-based H&M has been taking back clothes worldwide since 2013. The fast-fashion retailer contracts with a Swiss-based company called I:Co (which stands for I Collect) that collects the used clothes, sorts them by hand and either sells them for reuse in poor countries or recycles them into a variety of products, including automobile seats, insulation and stuffed toys.

The economics work well, according to H&M sustainability manager Henrik Lampa — enough revenues are generated at the end of life to pay for the collection and sorting and fund research into recycling innovation. However, “there’s a big need for technology development,” Lampa said. Chemical as opposed to mechanical recycling could enable used cotton to be turned into new clothes without degradation in quality.

“Ideally, we want to make new commercial fibers out of this,” Lampa said. “Then we will have new materials that do not have the price volatility of agricultural commodities.”

The circular model makes particular sense for technology products that go through rapid upgrade cycles. By buying back and refurbishing mobile phones from customers who no longer want them, Sprint has saved “over a billion dollars” that it otherwise would have spent buying new devices from manufacturers such as Apple, Samsung and LG, said Darren Beck, director of environmental initiatives. About 90 percent of the phones Sprint collects are returned to the market as replacements for lost or damaged phones or as “certified pre-owned phones” sold to new customers. For its part, Verizon recently introduced a free application that gives customers an instant quote for their used device, which then can be returned for cash at a Verizon store. All told, the U.S. consumer electronics industry took back or recycled 620 million pounds of electronics in 2013, twice as many as 2010, according to the Consumer Electronics Association. 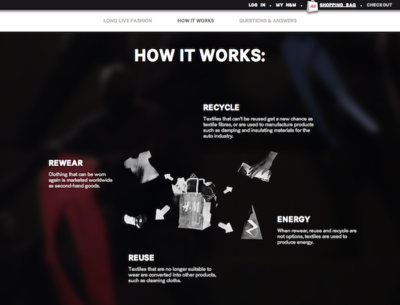 The number would be higher, Beck said, if device makers could be persuaded to design phones so that they can be disassembled or recycled more easily. Some manufacturers — HP and Herman Miller are among the leaders — have embraced the idea of designing goods with their end of life in mind by, for example, using screws instead of glue to hold things together and choosing pure materials over composites.

While market forces are the primary driver of circular practices, government regulation has played a role, too. More than two dozen U.S. states have passed laws mandating recycling of electronic waste, according to the Electronics TakeBack Coalition. States with stronger laws report that their efforts generate 5 pounds or more of recycling per person, while those with weak or no laws bring in much less, the group said.

Barbara Kyle, the coalition’s national coordinator, said that without government intervention, electronics with little or no value, such as TVs with cathode ray tubes or accessories made of cheap plastics, are unlikely to be recycled. “It’s negative cash flow to take back CRTs,” Kyle said.

In U.S. states without regulation, electronics recycling is harder than it needs to be. While Best Buy, the nation’s biggest electronics retailer, has a comprehensive take-back policy, neither Walmart nor Amazon makes it easy for consumers to return electronics they no longer want.

How consumers feel about all this is unclear. Young consumers appear intrigued by circular models. Millennials are buying fewer cars and driving less, and the marketplace is responding with companies such as Zipcar that facilitate car-sharing. Rent the Runway enables women to rent designer dresses and accessories, reducing the demand for new clothes.

“A lot of venture capital money is going into start-up companies that enable greater asset productivity,” said author Stefan Heck. Yet those same young consumers buy single-serve coffee machines from Keurig, Nestlé and Starbucks and fast fashion from companies such as H&M and Zara — generating more waste, not less.

So are we moving closer to the circular economy — or further away? Accurate data is hard to come by, but the U.S. Environmental Protection Agency estimates indicate that recycling rates grew rapidly from 1980 through 2000, and only gradually since then. Disposal of waste to landfill declined from 89 percent of the amount generated in 1980 to 54 percent — about 135 million tons — in 2012.

Lots of work clearly is ahead for advocates of the circular economy. But the vision they are pursuing is bold: In a truly circular economy, where waste becomes nutrients and energy is renewable, economic growth would be decoupled from environmental restraints. Companies could sell more stuff without generating pollution. Consumers could buy more stuff, without guilt. What’s not to like?

This story originally appeared at Ensia. Top image: clothes stand at a flea market by Ilya Shapovalov via Shutterstock.

8 ripple effects of the circular economy in 2017

What will it take to put circular thinking into practice?

Measuring the ROI for circularity soon may be easier

Why companies see circular thinking as an emerging strategy