Ryan Wartena, CEO and founder of Growing Energy Labs, could have decided to create a new, inexpensive battery for energy storage, based on his experience working at the U.S. Naval Research Lab in Washington, D.C., where he learned how to make micro batteries.

When he started GELI, his partner was working at Harvard University, and Wartena was at the Massachusetts Institute of Technology. His ultimate goal was to boost the use of energy storage so that “we can run the world on renewable energy,” he said.

And that’s all about networking energy storage on the grid — and ensuring more consumers become producers.

“We could have started a new battery company to make a cheaper battery,” he said. But the real obstacle to getting more energy storage online is the automation related to the energy services. It’s all about the “Internet of Energy,” the business and operational layer associated with energy production and storage, Wartena said.

So Wartena decided to focus on software — creating an “operating system” for energy.

While lots of hardware systems are available, he saw a dearth of “platforms,” or operating systems. And as we add electric vehicles, renewable energy and energy storage to energy system, we need such operating systems more than ever.

For example, if companies are generating more power than they need using renewable energy, and selling that power to the utility, they need an energy operating system to allow them to track changing prices, generate and store power, and sell it back to the grid.

That’s where GELI’s software comes in. 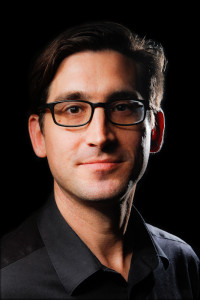 In a microgrid, GELI’s software makes operational decisions based on the price of power and energy, in addition to the electrical status and activity of the microgrid itself and other system components. It optimizes the energy storage system within the context of the microgrid and the power grid.

The company’s business model focuses on getting energy storage out there as quickly as possible. Rather than offer a turnkey system, the company brings different components together, provides integration software and lets its customers — solar developers — buy from original equipment manufacturers.

“We provide the software and define the systems so they can go to OEMs and get components; this results in lower-cost systems,” he said.

For example, the company has a microgrid in Marin County that integrates diesel, solar and some facility loads. Another project in Los Angeles focuses on demand-charge management behind the meter.

“In a microgrid, a little micro environment, you have few assets to pull from, unlike the grid,” he said. "If all you have is solar and wind, the battery is the focal point. It’s the energy reservoir. You need to shift energy from one part of the day to another using storage. We’ll be seeing more integration services."

“We can ask the lighting system to dim a little to do demand-side management,” he said. “We can coordinate systems to maximize their value.”

Wartena sees many opportunities to better integrate resources and focus on the Internet of Energy: “When I see a lot of cars on the road, I realize they are stationary 95 percent of the time. They have a generator in them that’s not providing value to the building where they are parked.” We need to focus more on being producers, rather than consumers, he added.

“With the Internet of Energy, you are an interactive part. Everything is automated, from the TV to the Internet," he said. "You can put information or services back up, rather than just consuming.”

We’re not there yet, but it appears we’re moving toward "prosumer-ism." Advances in software, such as the work being done by GELI, make an Internet of Energy seems less and less futuristic, more within reach.

Here's why the forecast for microgrids looks this sunny

The power of microgrids gets unleashed