How drones are emerging as a valuable conservation tool

How drones are emerging as a valuable conservation tool

Learn more about how tech innovation is boosting sustainability at the VERGE Salon in New York City on Sept. 16 and at the premier VERGE event in San Francisco on Oct. 27-30.

Ecologist Lian Pin Koh is pioneering the use of drones in conservation efforts and biological research across the globe. His organization, ConservationDrones.org, was founded two years ago and already has worked with hundreds of NGOs, researchers and government officials in more than a dozen countries to collect environmental data using low-cost drones.

In an interview with Yale Environment 360, Koh, an associate professor at the University of Adelaide, explains how drones — also known as unmanned aerial vehicles (UAVs) — can help monitor protected areas, collect data in inaccessible regions and even deter poachers. Although his drone research was at first “not taken very seriously,” that’s changing, he said. Koh told e360 web editor Crystal Gammon that advances in aerial equipment and technology have made drones a key part of conservation strategies for marine reserves, rainforests and many other landscapes, mostly in the developing world.

“In just the last couple of months,” he said, “there has been tremendous interest from universities and other research institutes that finally see the value in this technology.”

Yale Environment 360: What led you to start your organization, ConservationDrones.org?

Lian Pin Koh: The initial motivation was really about necessity. [Ecologist] Serge Wich and I — we cofounded 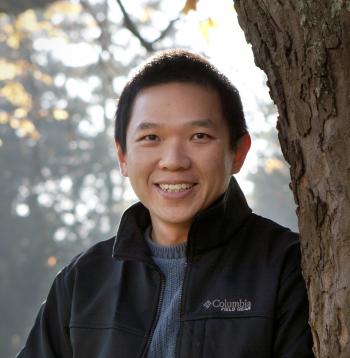 ConservationDrones.org — have been working in southeast Asia for quite some time, and Serge has been studying orangutans in Sumatra for the last 20 years. One day we started talking about the challenges of studying orangutans in the rainforest of Sumatra, and because I had been flying remote-controlled airplanes as a hobby, I suggested to him that we try to fly these planes with cameras attached over the forest. I thought maybe we could get good photos of the forests, and potentially even snap a few pictures of orangutans or their nests. Normally when I tell people such ideas they would not take me very seriously, but Serge was very enthusiastic — mainly because he was facing real difficulty getting funding to continue his work.

We received a small grant and started building these very low-cost UAVs out of hobby-grade, remote-controlled airplanes fitted with an autopilot system. It was basically less than $1,000 to put this prototype together. We brought the prototype to Indonesia for its first field test, and we were very successful. We didn't know what we were doing — we thought it would crash at some point, but it never did.

e360: Why focus on developing regions?

Koh: We understand the problems these scientists working in developing countries are facing, having worked in those areas for a long time. So we knew that, first of all, this tool would be very useful for ecologists working in those areas, and second, we knew that these scientists wouldn't be able to afford commercially available UAV systems that cost tens of thousands or hundreds of thousands of dollars. When we realized we could build them for just a few thousand dollars, we decided that we should put this information on a webpage and share it with our colleagues in these areas.

e360: Can you talk a bit about the benefits of using drones in conservation rather than going in on foot?

Koh: In conflict zones or areas commonly visited by poachers, such as Nepal or parts of India, poachers would be armed most of the time. If conservation researchers were working in these areas they would be in constant risk of coming into contact with these people, and you never know what would happen — their lives might be at risk. By having UAVs collect the data, the biologist would avoid many of these risks.

Another reason is simply that many of these places are not accessible or would be very expensive to get to because you would need to organize a huge group of people to bring in lots of equipment, food, and other logistical needs. The drones can allow biologists to survey the area just to find out whether it's worth investing the time and effort to organize an expedition. Of course, the drones wouldn't be able to acquire the same amount of detailed information you would get from walking the forest on foot, but you would at least get an overview of the landscape and, in some cases, could get very high-resolution images of the forest canopy.

e360: What types of groups have you collaborated with?

Koh: We work mostly with NGOs and academic groups. NGOs are most interested in using the drones for anti-poaching efforts, such as in Nepal through our collaboration with WWF International. They’ve invited us to Nepal several times now, and we’ve trained not just WWF staff but also some of the local government agencies on how to use these systems. It’s quite a long process because often we have to cater to their needs by developing customized UAVs for a particular region.

Groups fly the UAVs to explore national parks and their boundaries or watch out for poachers. They can also be used as a deterrent against poachers, which actually turns out to be even more effective than running around looking for poachers. The local media often advertises that UAVs will be in the air watching out for poachers, so poachers might think twice before coming into the forest. So far we haven’t had any conflicts or contact with poachers or people who were doing any illegal activities.

e360: What are some of the most interesting drone projects you’ve worked on?

Koh: Our first project was to find a cheaper way to monitor orangutan populations in Sumatra. Traditionally people have to walk the forest on foot and count the nests in the forest canopy, and from those counts they estimate the population of orangutans. There have been efforts to fly small manned aircraft and count the nests from above, but it’s very expensive to hire an aircraft. Many times pilots wouldn’t even want to fly because it’s quite risky — there’s no way to land the aircraft in case of any emergencies. So we have been flying our UAVs over the rainforest in Sumatra and have managed to get very high-resolution images of these nests. The resolutions can be as high as 1 to 2 centimeters per pixel, which allows us to not just count the nests, but also see what kinds of twigs they are using to build the nest, what kind of leaves, possibly even estimate how long the nests have been left in the tree — all sorts of information biologists had never had before.

We’ve been working with our colleagues from computer vision departments across different universities to try to develop an algorithm that can differentiate the orangutan nests from the other parts of each image. It’s quite a difficult task because there’s a lot of variation in how these orangutan nests look.

We are also working in central India, in the national park called the Panna Tiger Reserve. There are about 20 tigers that were relocated from another reserve to Panna, and each of these tigers has been radio collared so they can be followed 24 hours a days, 365 days a year. As you can imagine, it’s very expensive to track the tigers around the clock, to have research assistants constantly following the tigers day and night, so we’re trying to develop a way to radio track these tigers remotely using a UAV. The idea is to fly the UAV over the reserve to pick up signals coming from the radio collars and triangulate the locations of the tigers. That application would be very useful for many other wildlife tracking projects in other parts of the world.

e360: Earlier this summer, the U.S. banned drones in all its national parks. One concern the Park Service mentioned, among others, was that drones sometimes bother wildlife. Have you ever seen the drones you use disturb wildlife?

Koh: Our only experience with that was during a trip to Borneo, when we flew one of our drones over a group of wild elephants in a rainforest. This group of elephants was being observed and tracked by a team of scientists on the ground, so the team was able to observe how they were reacting to the UAV. They told us that the wild elephants were clearly able to sense something flying in the air, even though our UAVs were flying about 150 meters (400 feet) above ground — pretty high up. Then the elephants became habituated to the noise and just carried on with their business. So I don’t think the UAVs would have a big impact on the animals’ behavior, but I do understand the concerns of the FAA in the U.S. and the national parks authority about too many UAVs flying around in the national parks.

e360: What’s the basic process involved in setting up a conservation drone?

Koh: It’s changing quite rapidly. We’ve lost count somewhere along the way, but we’ve produced over 100 UAVs by now. When we started, we basically had to build a UAV from scratch. Nowadays you can go out and buy a ready-made UAV, with an autopilot system already seated in and everything well configured. All you need to do is strap a camera onto the system, and then you have a conservation drone. Depending on what kind of application you’re interested in, you could just attach a [compact] video camera or photography camera. Some people may use a near-infrared camera to look at photosynthetic properties of the vegetation, and so on. It all depends on what kind of sensor system you need.

e360: How long and how far can your drones fly?

Koh: It’s constantly improving. The longest distance UAVs can fly now is about 100 kilometers, though that system is still being tested. People are always asking for a longer range, so that’s something we’re always working on.

e360: What are the next priorities for your group?

Koh: The next priority is to work more closely with academia — both Serge and I are full-time academics. When we started this project our work was not viewed as something mainstream; it was something that we did on the side, and we were frankly not taken very seriously. But in just the last couple of months there has been tremendous interest from universities and other research institutes that finally see the value in this technology. We are now trying to bring this technology into our mainstream career, and possibly introducing it as part of the teaching curriculum. Then we can really demonstrate this technology to our students, and hopefully it will just become part of the toolkit of every biologist in the future.

The dark side of digitally tracking endangered species

Can satellites save the world's 3,500 tigers from extinction?