More than half the world population lives in cities, and global urbanization is expected to hit 60 percent by 2030. To put this into perspective, only 30 percent of the world population was urban in 1950. Yet we continue to live in the past, although times have changed. We face unprecedented environmental, social and economic challenges — modern problems that demand 21st century solutions.

If cities are our future, then what will they look like? Will they resemble some dystopian sci-fi flick, or will this new era of urbanism sire a new age of prosperity for the human race? The answer is simple, according to the business, government and academic leaders gathered Tuesday at VERGE Salon NY: It's up to us.

He called for a global paradigm shift regarding how we view and interact with planet. Planning tomorrow's cities can be a part of securing a brighter future — but we have a small window in which to act. 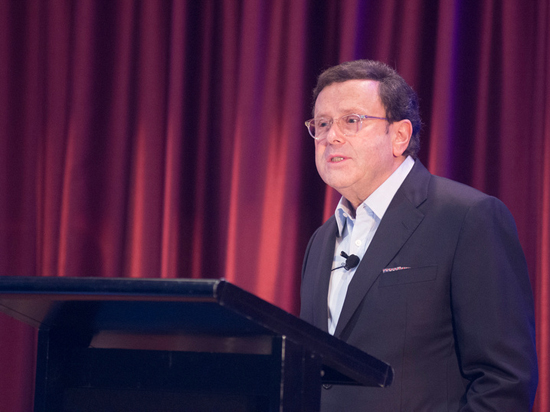 Decisive action calls for strong leadership, and today's leaders will make or break the success of tomorrow's cities. In recognition of this, forward-thinking cities are hiring new city executives such as chief resilience officers and chief information officers to wield Big Data to address climate, energy and resilience issues, all while improving city services. More cities are taking a page out of the private sector's playbook to address their needs, said Seth Schultz, director of research at C40. Namely, this means taking advantage of emerging information technologies to gather and analyze data.

Humans already have amassed more than 1.8 zetabites of information — the equivalent of the amount of information you could store on 57.5 billion iPads, Schultz pointed out. In the next few decades, this number is expected to reach the practically unintelligible number of 40 zetabites. The private sector already takes advantage of the tools to analyze and act on all of this data, which Facebook and Google users already know too well. However, many cities still keep much of their records in hard copy form, which makes it next to impossible to use. To resolve this, cities are beginning to hire chief information officers and teams of data scientists to digitize hard copy data and analyze it.

Taking collective action is a pervasive problem in most cities, as each department focuses on securing resources for its own projects with little eye for the "big picture." In theory, mayors are responsible for this, but they often are too limited by their short terms in office to think in the long-term. This is where chief resilience officers come in. Elizabeth Yee, vice president of platform strategy at the Rockefeller Foundation's 100 Resilient Cities said her organization is helping cities hire chief resilience officers to act as the "mayor minus one," and work across all city departments to make sure they incorporate resilience into their programs. Resilience is not just about weathering storms and enduring earthquakes, Yee said — it is about taking a holistic approach to city planning. For example, cities should look more closely at where they place roads to consider their impacts on overall quality of life, not just from a transportation planning perspective. She agreed with Schultz in that Big Data can help chief resilience officers and other city leaders to plan more intelligently than ever before. Partnering with the private sector would go a long way to helping achieve this. 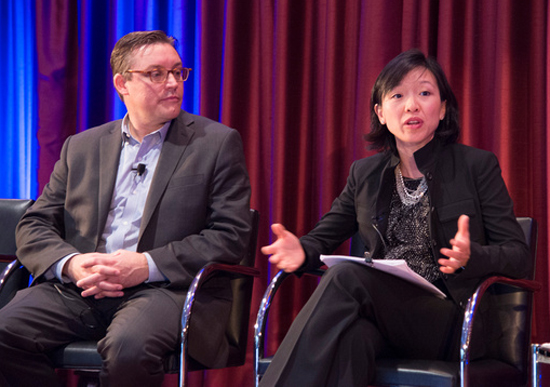 Largely because many of our cities suffer from poor planning, many of us fear hyperdensity and urban reordering. This poor planning stems from a lack of understanding of how cities work, according to Constantine Contokosta, deputy director of the Center for Urban Science and Progress. Again, taking advantage of data collection and analysis tools can help us to learn about cities so we can design better, more efficient ones. Ultimately, this is figuring out how people really work — not just building houses but creating communities in which people actually want to live.

But it's not just about making cities desirable — it's also about making them affordable. Vishaan Chakrabarti, director of CURE, illustrated this by discussing San Francisco — considered by many to be one of the most beautiful and desirable cities in the world but which is becoming increasingly unaffordable to anyone who does not code computer programs for a living. San Francisco is the perfect storm, Chakrabarti said, because it is an attractive city in an affluent economic region, but with severely constrained new housing policies. The solution for cities such as San Francisco is to allow for new housing to be built with a mix of high and low, old and new, brick and glass buildings in mind. Cities ought to be varied and have a certain level of unpredictability, Chakrabarti concluded.

The lack of heterogeneity and innovation in city planning stems much from the fact that most are based on an Ancient Roman paradigm, said Ed Clerico, CEO of Natural Systems Utilities. All roads may have led to Rome, but all sewers also led out of it. When it comes to infrastructure, this has led to a mindset of "just move it away" with resources coming in and waste being shipped out. But it is unsustainable to rely on this "out of sight, out of mind" mentality because the earth is a closed system, Clerico said. He advocated for more metabolic, distributed systems that treat waste, water and energy like trees. Not only is this more efficient, he said, but it allows for increased innovation. 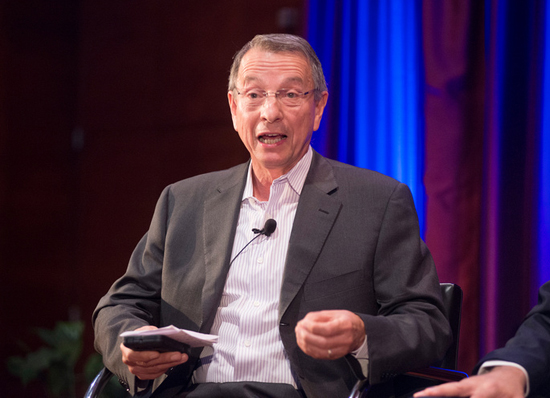 Rob Watson, CEO and chief scientist of ECON Group, agreed that we need to rethink waste and stop pretending it's invisible. If we do, the waste system of the future will be leaner and more centralized — cheaper and smarter. We need to begin thinking of all waste as a resource in different stages of life. Cities can help spur private innovation to make this possible by establishing sustainability initiatives such as zero waste. This will help our systems become more resilient while also being more reliable, accessible and affordable for future generations.

Technology, government and the private sector may deserve much of the blame for causing the environmental, economic and social problems we now face, but they also happen to be our best hope for a better future. Companies can help governments to take advantage of technologies such as Big Data to build better communities; likewise, governments can implement the policies needed to stimulate private sector innovation.

What will the cities of tomorrow look like? It all depends on what we decide to do today.

City image by chungking via Shutterstock. All inline photos by Melanie Einzig.

How data and technology will accelerate city sustainability