These 5 companies strive to convert CO2 to cash

These 5 companies strive to convert CO2 to cash

A growing list of innovative companies is dedicated to reducing carbon dioxide and other greenhouse gas emissions by turning them into something else entirely. Unlike traditional carbon-capture technologies, the focus is on creating something that could produce a stream of revenue while addressing emissions.

Liquid Light uses an electro-catalytic process developed by a team led by Emily Cole, company cofounder and chief science officer, who began researching the idea at Princeton University about 10 years ago. The startup just raised $15 million more to create a pilot installation of its technology, which catalyzes carbon dioxide into valuable chemicals such as ethylene glycol.

The first focus of Liquid Light's approach is ethylene glycol, commonly used to make PET-based plastic bottles or antifreeze and the center of a $27 billion annual industry. But it could be applied toward producing other chemicals, such as propylene, isopropanol, methyl-methacrylate and acetic acid.

Not only is carbon dioxide readily abundant, it is three to 10 times cheaper than other feedstocks used to make plastics and chemicals, according to Cole. Liquid Light will use this latest money to build a larger-scale test of its technology, which could be installed at industrial or manufacturing facilities trying to address carbon dioxide emissions. It will take at least three to five years for the technology to reach commercial availability, Teamey said. The startup will license its approach to manufacturers, rather than build plants itself. 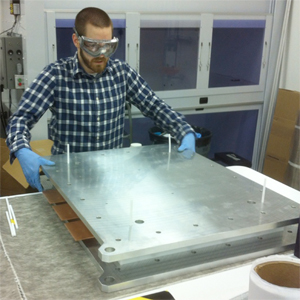 The Series B funding round was led by new investor Sustainable Conversion Ventures along with existing ones, including BP Ventures.

"Funding is always available when you're solving an important problems," said company CEO Kyle Teamey, who declined to disclose the total amount of money raised so far.

Liquid Light isn't the only innovator aspiring to rethink the value of carbon dioxide as a feedstock.

A partner of both Nike and Adidas, DyeCoo Textile Systems uses carbon dioxide under extreme pressure so that it can be used as a substitute for water in dyeing textiles. Nike opened its first dedicated facility in Taiwan in December, and released its first garments created with the process in June. The Netherlands-based company was founded in 2008. Other partners include IKEA GreenTech and Huntsman Textile Effects.

Founded in 2003, Newlight uses microorganisms to pull carbon out of methane and greenhouse gases and turn it into cost-effective AirCarbon plastics. It raised $9.2 million in April, bringing its total capital raised so far to $18.8 million.

One high-profile partner is Dell, which is using AirCarbon to create carbon-neutral packaging that started showing up this fall on new Latitude notebooks sold in the United States. Sprint this summer started selling iPhone cases made from Newlight's processes. The material also could be used for a variety of other products, including furniture, bags and caps. 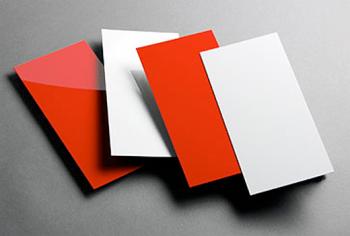 Backed by a Department of Energy grant and an equity investment (amount undisclosed) from Saudi Aramco Energy Ventures, Novomer has developed catalysts that use CO2 and carbon monoxide in combination with propylene oxide or ethylene oxide to create sustainable polymers. In May, it introduced a line of polyols that can be used commercially in coatings, adhesives, sealants and elastometers.

This company positions itself as a next-generation carbon-capture alternative. Its initial project is a $125 million commercial-scale facility at a cement plant in Texas, where its SkyCycle technology initially will mineralize exhaust and turn it into things such as baking soda or hydrochloric acid.

Eventually, it hopes to harness carbon emissions there and convert it into limestone. Skyonic commercial investors include ConocoPhillips and BP. Its latest disclosed funding was $12.5 million in May (PDF).

Top image of furniture by KI, which uses AirCarbon to make chairs, via KI

Just dye it: how this apparel company is developing water- and chemical-free textile tinting

What business can learn from Mother Nature, the greenest chemist of all