On a recent episode of "The Daily Show With Jon Stewart," former President Bill Clinton discussed the 10-year anniversary of the Clinton Global Initiative, highlighting one of its most recent commitments — fighting the Ebola virus in Africa. Working with such international actors as the World Health Organization, the United Nations, Doctors Without Borders and Partners In Health, as well as local partners on the ground, CGI has made it its mission to extinguish the devastating disease.

"We can stop the epidemic and let it burn itself out if we can isolate everyone that's infected," Clinton said. "But it's going to take a Herculean effort."

According to a recent analysis by data analytics firm (and CGI member) Palantir Technologies, CGI has affected 430 million people in 180 countries since its 2005 founding through what it calls "Commitments to Action": new, specific and measurable plans to address the world's most pressing challenges.

Commitments range from mobilizing in the aftermath of a disaster to implementing more long-term programs, including skills development, access to capital, Science Technology Engineering and Math (STEM) and access to education. A small number of commitments are purely donation-based. A significant number of CGI commitments are concentrated in a handful of countries, including the United States, India and Kenya.

The analysis shows that, of the 2,872 Commitments to Action made from 2005 through 2013, some 1,202 — more than 80 percent — have been completed or are ongoing; 1,145 are still working toward meeting their initial goals; 46 of commitments are stalled; and only 139 of all commitments have been unsuccessful.

Convening Tuesday in New York City for its 10th annual meeting, CGI celebrated a successful first decade by setting its sights on what is sure to be one of the most pressing issues in the decades to come: climate change. In conjunction with C40's Climate Week 2014, and in advance of the United Nations Climate Summit, several groups hailing from the public, private and nonprofit sectors announced commitments to address global warming, speaking to the conference's theme of "Reimagining Impact."

Taking the stage at the CGI meeting, Ingersoll Rand CEO Mike Lamach unveiled several operational and product-related climate targets aimed reducing his company's climate impact and increasing energy efficiency. Ingersoll Rand will work towards a 50 percent reduction in the greenhouse gas refrigerant footprint of its products by 2020 and lower global warming potential alternatives across its portfolio by 2030.

Lamach said his company is investing $500 million in product-related research and development over the next five years to address all factors that contribute to its products' GHG emissions, including energy consumption and refrigerant charge, leakage and technology. Ingersoll Rand also has committed to a 35 percent reduction in the GHG footprint of its office buildings, manufacturing facilities and fleet by 2020. 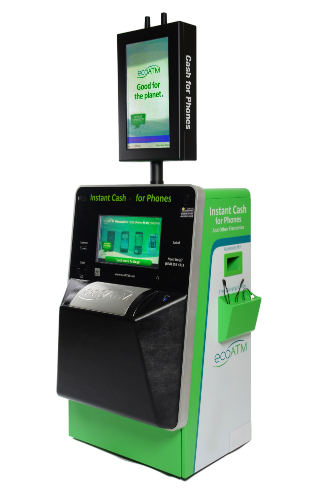 Addressing the mounting global e-waste crisis, Outerwall Inc., which operates e-waste recycling kiosks in malls and retail outlets, announced that it expects to collect at least 2 million pounds of mobile phones, tablets and other devices and accessories over the next three years alone.

The company's network of about 1,100 ecoATM kiosks recycle consumer electronics and keep them out of landfills by incentivizing reuse and recycling. The kiosks identify, evaluate, price and accept devices of any era or condition and use a worldwide auction system to offer consumers competitive prices ranging from a few dollars to a few hundred. Outerwall claims it is able to find a second life for about 75 percent of devices collected. Certified e-waste reclamation facilities ensure the remaining 25 percent are responsibly reused and recycled.

AkzoNobel, The Nature Conservancy, Risk Management Solutions and Veolia announced they have joined 100 Resilient Cities — Pioneered by the Rockefeller Foundation as platform partners to provide critical tools to "help cities around the world become more resilient to the shocks and stresses that are a growing part of the 21st century."

AkzoNobel, a major producer of global paints, coatings and specialty chemicals, said it is developing an urban resilience guide for cities, with an emphasis on how paints, coatings and chemicals can build both "hard" and "soft" resilience into city systems. The company will carry out projects in at least four cities in the 100 RC Network, and each will explore the contribution of color and coatings to a particular aspect of resilience: from improving public health to protecting urban heritage, from community identity to economic prosperity, from education to social connection and from reliable mobility to improving infrastructure efficiency.

The Nature Conservancy said it will provide cities with decision-support tools to help cities address a wide variety of resilience challenges. TNC will feature all 100 member cities in its Water Risk and Solutions assessment, an effort to map cities' source watersheds, intake and storage capacities, as well as assessing cities' water risks and drivers, such as population growth and climate change. The assessment includes an online platform which will identify conservation-based strategies (i.e. reforestation, natural land protection, forest fuel reduction, etc.) to mitigate water risks.

As part of its commitment, Risk Management Solutions is offering use of its RMS(one) exposure and risk management platform, in addition to the use of relevant RMS catastrophe models on RMS(one), for five years. RMS will work with 100 RC member cities to deliver the services, which will enable cities to better understand, manage, and respond to catastrophic events by creating a system of record for exposure data that can be improved and updated over time.

This service allows cities not only to run catastrophe models to gauge expected damages and casualties in the future, but also to run post-event analyses to estimate losses and prioritize emergency response activities. Cities can also create "what-if" scenarios so they can determine the benefits of potential mitigation investments. Elizabeth Yee, vice president of platform strategy at 100 RC, stressed the importance of using such big data strategies in planning more resilient cities last week at Verge Salon NY. 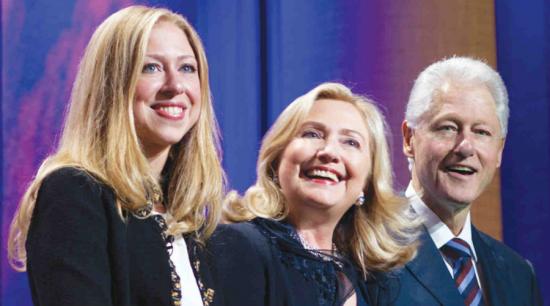 100RC says platform partners are critical component of achieving its mission, both helping provide cities with tools they need to build resilience, as well as influencing the market as other resilience tools are developed.

The Agenda focuses on mayor-to-mayor engagement to advocate for federal legislation and cooperation in acting on climate change. It calls for national and international binding emission reductions agreements, stronger inventory standards and reporting, taking local actions to reduce GHG emissions and the growth of the carbon offset market. Under the agenda, Garcetti, Nutter and Parker will initiate a city-to-city outreach effort to bring mayors together in the coming year to develop a framework for local leadership and action.

Capitol Hill thus far has failed to place take meaningful climate action such as putting a price on carbon, but there is a growing global corporate consensus that carbon will be priced, and businesses across the country are preparing for a solid, internationally linked carbon market. Many major companies, including Microsoft, Walmart and Disney, already have implemented their own internal carbon pricing programs. As more cities and businesses lend their voices to the call for climate action, perhaps Congress finally will listen.

Top image of President Clinton by JStone via Shutterstock

How Ingersoll Rand tests best practices in sustainability, from manufacturing to marketplace