The U.N. Climate Summit in New York this week, where I participated representing the Rainforest Alliance, wasn’t formally part of the climate negotiations. It was preparatory for the higher-stakes Conference of Parties meeting in Paris in December 2015, where players will negotiate a new climate agreement. However, it produced some remarkably hopeful and ambitious action statements and commitments, including the New York Declaration on Forests (PDF).

Predicting actual impacts on conserving and restoring forests, or on total GHG emissions, is speculative at this stage. The potential is great, but it all depends on who will or won’t take decisive actions. Assuming the pledges get implemented and the ambitious goals are met, somewhere between 4.5 and 8.8 gigatons of emissions could be reduced per year. That is a staggering and important figure. It would be like eliminating all U.S. GHG emissions, or taking all the world’s cars off the road.

Farming outside the forest

For me, one of the most striking developments about this proposition is that it finally, and rightfully, puts the agriculture sector on the hot seat for protecting forests from destruction. It recognizes that saving massive amounts of GHG emissions, and saving huge areas of forest and the rich tapestry of life they sustain, depends largely on changing agricultural practices that drive deforestation. Global agribusiness companies such as Cargill are among the early signatories to the declaration, which states in its opening paragraph, “conversion of forests for the production of commodities — such as soy, palm oil, beef and paper — accounts for roughly half of global deforestation.”

Accordingly, the second goal in the declaration, calling for the private sector to purge all deforestation from the supply chains of agricultural commodities such as palm oil, soy and beef by 2020, is as critical as it is audacious. It all hinges, of course, on  companies being able to follow through on these commitments.

If this sounds unrealistic, it’s not. In fact, we’ve already learned how to do it. Twenty-five years ago the Rainforest Alliance sought to curb deforestation in the Amazon and elsewhere, and soon realized that to protect forests it had to work with farmers and companies that sourced agricultural products to change the practices that led farmers to cut forests down. Since then we’ve pursued that strategy in over 100 countries and with thousands of companies, including such signatories to the declaration as Marks & Spencer, McDonald's, Mondelez, Nestlé and Unilever. 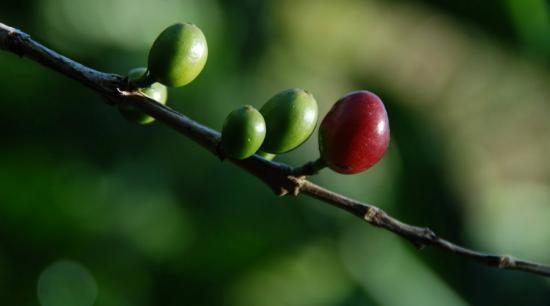 Over the years, our work demonstrated how commitments to rigorous standards could turn the impacts of growing coffee, bananas, cocoa, tea and other tropical crops on forests and biodiversity into positive ones. Greater respect for nature went hand in hand with greater respect for farmers and farm workers’ lives. Positive environmental and social impacts scaled up as key companies sourced sustainable goods, and consumer demand for them grew. Newer standards for oil palm and cattle ranching, which among other things require producers be deforestation-free, were implemented successfully in Honduras, Brazil and elsewhere.

Most recently, the close link between sustainable agriculture and curbing forest loss gained prominence in government circles, corporate boardrooms and climate talks. Those trends culminated in this week’s forest declaration.

The nexus between agriculture and deforestation is powerful, and addressing it at scale can take us far in the quest for emissions reductions. How far? Combined emissions from agriculture and the deforestation and land degradation it drives account for about 25 percent of global GHG emissions. That’s revised downward from earlier estimates of 30 percent, but the lowered estimate is largely due to recent successes in protecting forests, notably in Brazil, which has reduced its deforestation rates by 70 percent, making it the world leader in carbon emission reduction, even while it increased its soy and beef production.

Brazil and other success stories were rightly talked up at the Climate Summit, because they show a clear and impactful direction we can go in: cut emissions and meet growing food demand by raising yields on existing cropland and ranchland without clearing more forests. The New York Declaration on Forests will launch many more companies and governments down this path. It’s still a long journey from here to ending natural forest loss and realizing the huge potential emission reductions, but it’s an achievable one, and there was a lot of hope at the U.N. this week as we took the first, fateful step.