It hasn’t been the best year for Darden Restaurants, parent company of such iconic brands as Olive Garden, LongHorn Steakhouse and, until earlier this year, Red Lobster. For nearly a year, Darden has suffered fallout from the demands of activist shareholders, which led to the announcement of Darden CEO Clarence Otis’ resignation in July.

Despite these distractions, Darden is well on its way to realizing several of its sustainability goals — including reducing per-restaurant energy and water use, as well as sending less waste to landfills. Altogether these efforts have saved the company $25 million since 2008, and Darden expects to save an additional $10 to $12 million by 2016.

With over 1,500 restaurants, Darden's physical carbon footprint is one of the most significant ways it impacts the environment. To address this, the company has incorporated environmental considerations into how it develops and remodels its restaurants.

In 2009, Darden launched a green building initiative to add eight restaurants designed to meet LEED standards to its three largest brands — Olive Garden, Red Lobster and LongHorn Steakhouse. The goal was to use each of those restaurants as a learning lab to develop knowledge and experience with sustainable design. By the end of 2012, 13 newly-built Olive Garden, Red Lobster and LongHorn restaurants had either received or were in pursuit of LEED certification. Likewise, Darden’s new LEED gold-certified corporate headquarters also now consumes 31 percent less energy per square foot than the former. 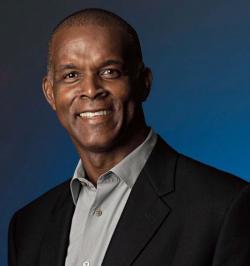 Darden says investment in LED lighting in kitchen and dining rooms has reduced energy use in its Olive Garden and LongHorn Steakhouse restaurants by 12 percent since 2008. This was achieved by replacing most "front of house" lighting with LED light bulbs and "back of house" lighting with compact florescent bulbs. The company is also installing new smart energy management systems to help increase energy efficiency.

Most of the Darden’s direct water use comes from what you’d expect; in kitchens for preparing and cooking food, hand washing and cleaning, in restaurant restrooms and for landscape irrigation. It uses water indirectly through purchasing foods that require inputs of water to produce and process.

In 2009, Darden set a corporate-wide goal to reduce its direct water usage by 15 percent per restaurant by 2015. Although the company achieved its 2015 target in 2011, its per restaurant water use increased between 2012 and 2013. Darden says it is still working to understand the factors that contributed to the increased water use, while continuing to implement new water-saving initiatives.

Olive Garden and LongHorn Steakhouse are using heated dipper well equipment — perpetual-flow sinks used in restaurants to rinse food-preparation utensils — to save an average of 82 gallons of water per day per well (or 30,000 gallons per well each year). LongHorn Steakhouse alone has 250 heated dipper wells in use and has saved an estimated 15 million gallons of water in the past two years.

Darden has made modifications to its pasta cookers in Olive Garden restaurants in an effort to conserve water. Prior to the equipment changes, pasta cookers were configured with a hot water and cold water inlet valve. Darden converted both valves to hot — one to serve as a fill valve and shut off and the other to serve as a skimmer throughout the day, restricted to half a gallon per minute. Since the modifications were completed in November 2011, Darden’s annual energy savings have totaled $2.4 million.

The company has also recently expanded a water-saving irrigation pilot program from two restaurants to 50 additional restaurants in Florida and California, where drought is creating major strain. The program uses drip irrigation systems in landscaping to help conserve water — leveraging special landscaping sprinkler heads that monitor temperature, humidity, rainfall and wind to determine the most efficient amount of water needed. Darden’s restaurants also have each saved more than 32,000 gallons of per year after switching to all-natural floor cleaners.

In the past two years, Darden has more than tripled the number of its restaurants able to accommodate single-stream recycling that includes glass, plastics and aluminum — more than 800 restaurants are able to recycle these materials. However, the company’s landfill diversion rate was only 29 percent in 2013, a long way from its goal to eventually achieve zero waste. 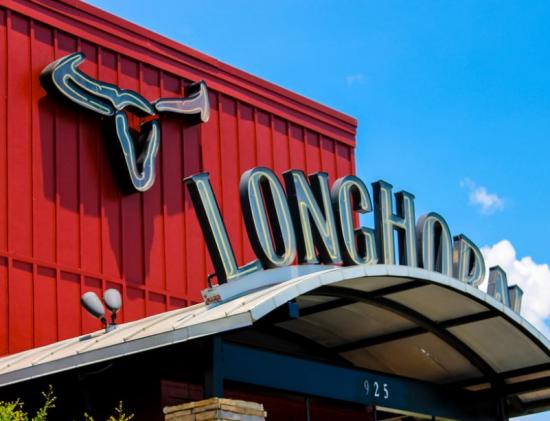 Food waste is the largest single component of Darden’s waste stream, making up more than one-third of its total waste, by weight. This is why Darden supports the Food Waste Resource Alliance, an initiative launched by the Grocery Manufacturers Association, National Restaurant Association and the Food Marketing Institute aimed at reducing food waste. Darden has also recycled 13,467,184 pounds of cooking oil since November 2010. To help build knowledge and experience with composting, the company is currently piloting organics recycling projects in select restaurants in Orlando, Fla.

Rather than using rolls of carpet in its restaurants, Darden uses carpet squares that reduce unnecessary material waste and can be easily replaced and recycled. After old carpet tiles are removed from restaurant floors, the used squares are returned to the carpet manufacturers to be recycled into new carpet tiles. In February 2014 alone, more than 60,000 pounds of carpet tiles were returned from Darden restaurants for recycling and new production.

As is often the case with successful sustainability initiatives, Darden relies on employee engagement both to implement top-down policies, as well as suggest and execute bottom-up programs. Employee-driven “safety & sustainability teams” carry out programs to reduce waste and energy and water usage within each restaurant. They are also responsible for many of the ideas Darden has used to improve sustainability at its restaurants.

Last spring, almost 12,000 employees responded to the company’s first sustainability survey, which provided feedback about the effectiveness of Darden’s sustainability efforts and opportunities for improvement.

Darden says it has made sustainability is a core pillar of its overall corporate strategy because it makes business sense in the long-term — and so far this seems to be holding true. In 2013, Darden's sales from continuing operations were $8.5 billion, compared with $8.0 billion in 2012.

But things are not looking as good for Darden’s board of directors, which faces a potential guillotine at the company’s shareholder meeting on October 10. If the current board members are indeed thrown out, one can only hope their replacements will remain committed to the company’s sustainability initiatives.

Crossing the Chasm to Green Buildings