Recyclebank at 10: What we've learned

In 2004, a startup called Recyclebank launched with a simple idea: use incentives to increase residential recycling. In the decade since its launch, the company has created programs in more than 300 U.S. communities, which in turn recycled nearly 1.5 billion pounds during 2013 alone. While not all that tonnage is directly attributable to Recyclebank, its inventive programs have no doubt played a significant role.

How to you inspire and incent Americans to recycle? On the occasion of Recyclebank’s 10-year anniversary, I spoke to Javier Flaim, the company’s CEO, to glean some of what the company has learned over the past decade about engaging consumers around environmental behaviors.

That original idea of Recyclebank remains very much intact, began Flaim, who joined the company three years ago as head of marketing and is now its third chief executive. However, he says, “Lots of things have changed in the marketplace, from how we engage with residents offline, leveraging things like social media; how we partner with the city to leverage all the different assets that they have at their disposal to create real-world change; how we have continued to learn around what really motivates behavior change.”

The company’s path has taken some twists and turns, as that of any start-up is certain to do. For example, the company dabbled with motivating the citizens of London to move away from driving in favor of public transit and other modes. Recyclebank has made forays into getting consumers to conserve energy and water. But such efforts have met with limited success.

Since taking the helm last October, Flaim is bringing the company back to its core proposition: increasing recycling and waste reduction. “That original idea still remains very, very much intact,” he told me. “Though how we execute on that vision has changed quite a bit,” citing social media, deeper relationships with cities and new kinds of incentives. The company also has conducted attitudinal research of its members that has informed its business strategy.

“We still very much believe and now empirically can prove that incentives and education can change behavior,” said Flaim. “If we collaborate with multiple constituents — cities, private sector, et cetera — we can create real-world impact.”

1. People need nudges to take action. “One of the key learnings from our insight study shows that consumers don’t necessarily wake up thinking about sustainability. They have other issues that they’re trying to deal with, whether it be health or children or economic issues and opportunities of their household.

One way of making it relevant is providing nudges, rewards, incentives to make sustainability matter. Information, too. “We’ve found that a lot of the issues that stand between consumers and greener lifestyles aren’t just infrastructure and incentives, but also knowledge,” says Flaim. “This is what makes it go from a one-off to a habit.”

When it comes to incentives, people want to feel they are a part of a team or community, he says, and this provides a greater sense of ownership and accomplishment — and ultimately drives more action. “We often use gamification strategies to enable participants to spread the word, to share their personal stories and collaborate online and offline with others in their community. These ‘nudges’ from people they know personally, along with direct messages, reminders and educational information from Recyclebank and community officials have proven to be successful.” 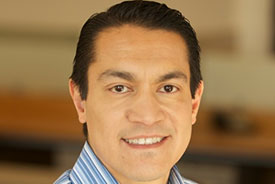 2. Incentives have to be relevant. Nudges and incentives need to be well thought out. Recyclebank members accumulate points based on how much they recycle and other green actions they’ve pledged to take, but their motivation to do so is directly linked to the nature of the rewards. “Cities continually ask us for better and better ways that their residents can use those points,” says Flaim. One effective way is through a green schools program where residents can donate the points to a local school, which can use them to buy supplies.

“We’re very open about the fact that behavior change is an evolving business,” says Flaim. “We don’t have all the answers. We love to listen to their ideas and implement them. Sometimes they’re going to work, and other times not going to be as successful as we may want.”

A 2011 research study conducted by Recyclebank in partnership with consumer insights agency ROI Research and Google found that 68 percent of respondents feel ease of redeeming rewards and rewards that they "need" are the top two most important attributes of a rewards program. “This illustrates how important relevant incentives are to any reward program, but specifically Recyclebank,” says Flaim. “We also saw that discounts on everyday purchases and green lifestyle items were the No. 1 most important items for people.” That insight led to Recyclebank’s creation of One Twine, a website that aims to attract consumers looking to buy environmentally conscious goods across a range of categories, from health and beauty to gear and gadgets and pet supplies.

3. People are motivated by different things. Recyclebank members get feedback, points and recognition, though these aren’t the only motivators, says Flaim. “First, people are inspired and tend to exert more effort when they learn about the direct impact of their actions. Package this with an element of competition and you have a powerful motivational force. However, you may need more than that to create sustainable long-term engagement. Any effort is bound to gain broader engagement if the reward is tied to something meaningful for the individual in the real world, like the personal affirmation that comes with sharing your eco-deeds and the impact currency, where the actions are measurable and trackable so people understand the effects of their actions.”

There’s certainly no one-size-fits-all reward system. Flaim calls it a find-your-own-adventure approach. “Some members want to accumulate all of their points and go after that $10 gift card. Others are motivated more by the social sharing and social impact, posting on their website how many points and how much impact they had so a little more of the sharing. Some are altruistic and just like accumulate points and that’s their badge of honor. They have 11,500 points and they will refuse to use a single point because that’s their badge of honor. That’s the total impact they’re having.”

I asked Flaim where Recyclebank goes from here — what’s the plan for the next few years? “Leveraging our platform to get into more urban settings, such as multi-family settings,” he responded. “That is an innovation that we will look to launch in 2015. And beyond that we can look at other arenas of density that we may be able to apply this platform — think about small businesses or commercial enterprises or university campuses.”

That’s one of the beautiful things about Recyclebank: They’ll never run out of raw material.

Recyclebank and the Greening of the Mass Market

IF11: Recyclebank is Not Just Trash to Cash