Tim Cook recently unveiled the Apple Watch, "the most personal product" Apple has made, says the company, "because it's the first one designed to be worn." The watch joins other products such as bracelets from Fitbit and Jawbone in a category called wearable technologies or wearables.

Beyond decorating your wrist, these products primarily are worn to send, receive and process information through cellular networks, WiFi, Bluetooth or — unique to Apple's Watch — near-field communications. The Apple Watch can monitor your heart rate, track your location (through an accelerometer, gyroscope and GPS) and recognize your voice.

Smartphones and their apps already have been doing great things for users managing their energy (and much more, including fitness), for example through connected thermostats, electric vehicle charging, solar panel output monitoring and sharing-economy services. So why would you wear Apple's Watch when you have an iPhone? What extra value do wearables unlock that already isn't accessible through other technologies?

First, wearable technologies can collect biological data — such as your heart rate and body temperature — that a phone in your pocket cannot. These data sources can tell a more complete story about your physical state than data from your phone. Second, wearable technologies are less likely to be separated from the user. Unlike phones, most users will wear their Apple Watch in the shower or in bed. In other words, it's always with you.

This connectedness between wearable tech and the wearer opens up at least three categories of energy management opportunities: at home, at the office and personal.

Energy use in your home

Wearable tech can help better match our homes' energy use — especially heating and cooling — to our needs. For example, Nest's Learning Thermostat has a built-in motion sensor. It'll put your home's HVAC system into an energy-saving "away" mode after a period of inactivity. But imagine how much energy could be saved if a device on your wrist signals your thermostat to go into "away" mode the moment you leave your home or neighborhood. 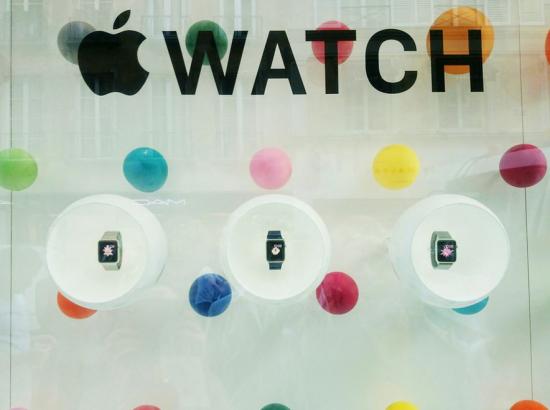 Similarly, programmable thermostats can be set to pre-condition your house so that it's a comfortable temperature when you wake up and roll out of bed in the morning. Some smart thermostats even detect when you typically wake up during the week and create a fixed start-up time for your thermostat based on that. But wearing a device on your wrist — which is either connected to an alarm to wake you up, or which detects your sleep cycles and learns when you're likely to wake — more accurately can tailor your home's pre-conditioning to match your actual wake-up time, rather than a weekday thermostat program set to the same time, on average, you're likely to get up.

Energy use in your office

Have you experienced working in a ridiculously frigid office in summer, because the building control system does not know how people feel? Or an overly hot office in the winter? Even an office that's conditioned well to a target temperature could feel too hot and/or too cold (even at the same time!) given one person's preferences vs. another.

Wearable technology can provide information such as body temperature, heart rate and respiration, giving a more complete picture of physical comfort. Voice recognition software even could detect when people are complaining about feeling too hot or cold.

Even more, wearable tech and other more personalized devices can help to condition the person, rather than the entire space — in fact, that's the very principle behind heated seats and a heated steering wheel in the Nissan LEAF; it's more efficient to make the person feel comfortable, rather than heat or cool the entire cabin. In an office setting, think of office chairs with heating elements, wristbands that cool your wrist like that from Wristify, or vents that determine personal air flow like those from Ecovent.

Beyond the office, wearable tech can have other applications when out and about, too. At the product launch, Cook described how the Apple Watch can replace a hotel keycard to unlock your room as you approach the door. Similarly, your watch can connect to your hotel room's thermostat, to delay room cooling until you have checked in. No energy is wasted cooling an empty room, while ensuring a guest's room is comfortable as they enter. 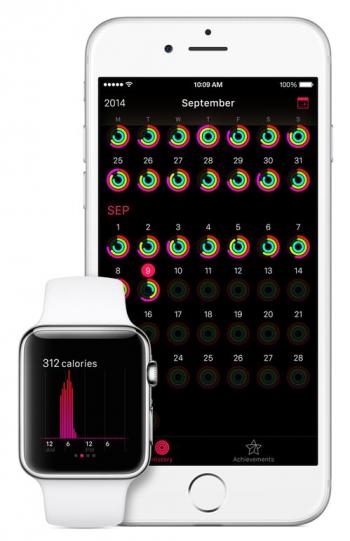 In a coming era when energy use becomes not just highly personalized, but attached in fact to individuals, it's not hard to imagine developing personal energy profiles of our demand and consumption. That could open the door to personal energy bills.

Usually we bill our energy use to our energy-consuming assets — electricity and natural gas billed monthly for our home, for example. But imagine if instead of assigning energy consumption to our assets, we re-assigned that energy consumption to ourselves? Gone could be the arguments between roommates about how to equitably split the utility bill (a top source of friction among roommates in places such as New York City).

Or what if wearable tech, in addition to sending personal information to the systems around us, also could receive signals back to us, such as from your utility? Could wearable tech further open the door to a personal version of demand response? For example, similar to how utilities use demand response to cycle off air conditioners during times of exceptionally high peak demand in summer, could they instead signal a Wristify bracelet to cool a person instead of an AC unit cooling a whole house, or could your Apple Watch receive a signal from the utility asking you to have an ice-cold tea instead of turning up the AC at 4 p.m.?

Many comfort-improving, energy-saving features above are enabled by more information about you being shared with computers. This, of course, opens up another set of issues around Big Brother watching and the privacy of potentially very personal information, who can "see" that information, and how will they be allowed to use that info.

Whether having the option to turn such data sharing on or off, or another solution such as anonymizing the data, the face remains that wearable tech could be another front line in the grid's evolution toward more distributed energy resources. Those DERs could include not just things such as rooftop solar panels and batteries in your garage, but also wearable technologies and the people who wear them.

New world companies and the Paris Accord