Ocean acidification will cost the world economy more than $1 trillion annually by 2100, according to a U.N. report released this week. Changing the composition of the world's oceans will undermine a variety of commercial operations, it said.

Published by the United Nations Convention on Biological Diversity, the report warns that various services to the economy provided by the ocean's ecosystem will be compromised by increased acidity due to increased carbon production.

Imbalances in the ocean's chemistry are already leading to biological impacts in areas such as the Pacific Northwest in the U.S., where oyster hatcheries are seeing higher levels of larval mortality, said the document. Worldwide, mollusc fisheries stand to lose $139 billion annually, it warned.

"The species immediately impacted are those that build a shell," explained Emily Jeffers, staff attorney at the Center for Biological Diversity, who did not work on the report. "When the water becomes more acidic, it's harder to form and maintain that shell, and must expend energy that otherwise might go towards development, acquiring food or reproducing."

Jeffers argued that larger fish already are under threat. Tiny marine species called pteropods that form the base of the food chain are heavily affected by ocean acidification and provide a food source for commercially caught fish, she explained.

"So if pteropods decline, there is a good chance we could see a collapse in salmon fisheries," Jeffers warned.

The most significant losses come from the erosion of coral reefs, which will cost the world economy $1.09 trillion per year at the end of the century, the report said. 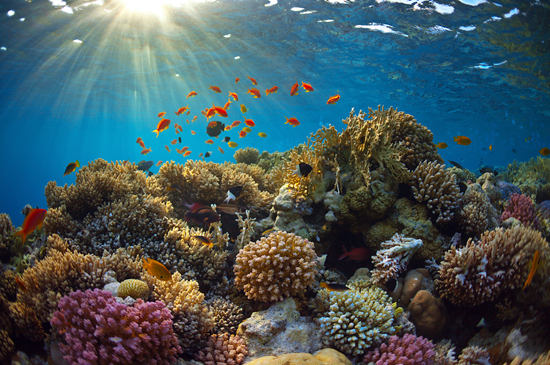 It added that this figure may be higher in reality, because the third-party research that it cites focuses mostly on the loss of recreational income. It focuses less on the financial cost of weaker coastal protection from waves. Coral reefs significantly dissipate the energy in waves reaching the coast, helping to mitigate coastal erosion, the report pointed out.

Ken Hinman, president of Wild Oceans, a nonprofit focused on conserving fish stocks, said he was "ambivalent" about the protection zone.

"It's a large area where there wasn't really a lot of fishing going on in the first place," he said. "There's this trend of looking around and protecting areas that were fairly pristine already and making them sanctuaries."

One of the most significant economic threats is to small coastal fishing communities, he warned, adding that they employ more than large deep ocean fishing operations.

"They are the ones that will be hit the most. And they are the heartbeat of the world's fisheries," he said. "If they disappear, there will be quite an economic impact."

The full extent of acidification on the ocean's ecosystems is not yet known, experts concluded. Margaret Leinen, director of the Scripps Institution of Oceanography and vice chancellor at the University Of California-San Diego, who was not an author of the report, warned that coral reefs were at least a known quantity.

"The situation is that we know that many (not necessarily all) coral reefs will be affected by acidification and can imagine the loss of fisheries habitat, the loss of protection for waves and severe storms," she said. "But we do not yet know much about the impact on other parts of the ocean ecosystem."

The rising tide of the blue economy