To paraphrase chef and activist José Andrés, the secret to inclusion is not to replace guests, but to build longer tables. Yet it's no secret that the ranks of sustainability professionals do not represent the diversity of the wider population, even after years of corporate DEI initiatives. How can leaders authentically elevate intersectionality, impact and diversity within their teams and organizations? What initiatives are successfully creating a diverse pipeline of talent? Sustainability leaders discuss the realities and the way forward. 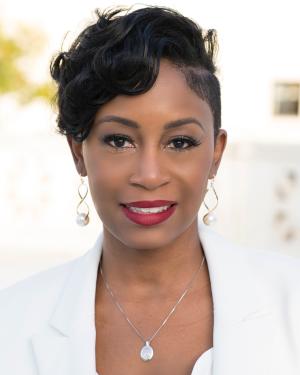 Bridgette McAdoo leads the Global Sustainability practice at Genesys. As the company’s first Chief Sustainability Officer, she has built a holistic sustainability management approach for Genesys from the ground up. This approach optimizes the company’s economic, social, and environmental impact across various functions and regions. She also continues to leverage advanced sustainability metrics to deliver integrated analysis to our stakeholders and fine tune sustainability initiatives in real time. A hands-on, cross-departmental leader, Bridgette prizes stakeholder engagement and education. The goal: To make sustainability an organic extension of how each employee works and lives at GenesysBridgette has more than 20 years of experience in leadership roles where she utilized her expertise in sustainability, operations, and engineering. This experience spans multiple sectors, including the international non-governmental operation (NGO), the World Wildlife Fund (WWF). There Bridgette led corporate strategy and engagement for WWF’s Freshwater and Food goals. Previously, she was Global Director of Sustainability for Kentucky Fried Chicken (KFC). There she led sustainability issues for the brand, both internally within Yum! Brands, as well as with various external stakeholders. She holds a bachelor’s degree in Industrial Engineering from the Florida Agricultural and Mechanical University and an MBA in Strategy from Claremont Graduate University.Bridgette lives in Maryland with her husband, Shannon…and English Bulldog, Captain. 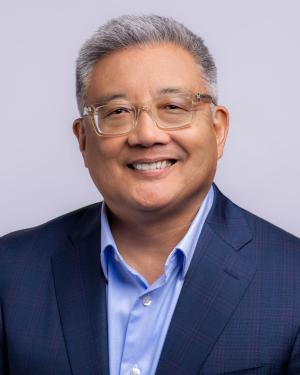 Michael Kobori has spent his career working to build a more just and sustainable world. As Chief Sustainability Officer at Starbucks Coffee Company, he is responsible for leading Starbucks to become resource positive and activating sustainability with the company’s 350,000 partners and millions of customers worldwide. He also serves as an independent Director of Bunge Ltd., one of the world’s largest agricultural companies, which connects farmers to consumers to deliver more sustainable food, feed, and fuel to the world.

Previously, Michael served as Vice-President at Levi Strauss & Co. where he helped build the company into a sustainability leader in the apparel sector. Michael is deeply committed to industry collaboration on sustainability, having served on a number of boards and advisory commissions, including the U.S. Cotton Board, Better Cotton Initiative, Sustainable Apparel Coalition, ILO Better Work Programme, and Levi Strauss Foundation Board. During his long career in sustainability, Michael also served as Vice-President at BSR and spent nearly a decade at The Asia Foundation, where he supported human rights and economic development in Bangladesh, Thailand, and Vietnam. Michael has taught corporate sustainability at the Haas Business School, University of California at Berkeley. He is the Executive Producer of Utopia Theatre Project, an artist-led social justice theater company.

Michael received his Masters’ Degree in Public Policy from the University of California at Berkeley, where he also received his undergraduate education in Asian Studies and Psychology. He spent a year at International Christian University in Tokyo and studied sustainable finance at Oxford University.

Corporate Collective Action in the Age of Urgency 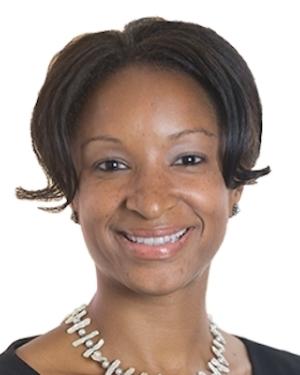 Brandi Colander is Senior Advisor at Enviva. She has worked as head of external relations with Charter Communications, where she created diverse partnerships and oversaw philanthropic investments. Colander has served as a deputy assistant secretary for Land and Minerals Management at the U.S. Department of the Interior and deputy general counsel for the White House Council on Environmental Quality, advising on environmental laws and policies across federal agencies with diverse stakeholders. Before joining the Executive Office of the President, she was an attorney with the Natural Resources Defense Council. A graduate of the University of Virginia, Colander earned her master’s degree at Yale University and her Juris Doctor at Vermont Law School. She currently serves as the chair of the Board of Directors for the District of Columbia’s Green Finance Authority, on the Yale School of the Environment Leadership Council and the Yale Center for Environmental Law and Policy Advisory Board. 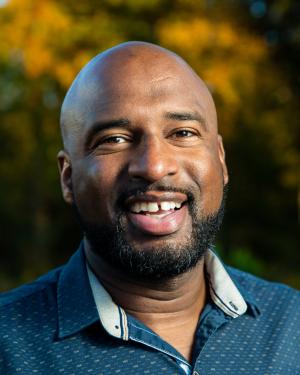 Lesford Duncan, MPH, recently joined the Greening Youth Foundation as Chief Executive Officer. The
Greening Youth Foundation works to cultivate the next generation of diverse environmental stewards,
engaging under-represented youth and young adults through connection to the outdoors and careers in
conservation. Their culturally based environmental education programing engages children and youth
from local communities in the Atlanta metropolitan area and West Africa. Their workforce development
program creates career opportunities for youth and young adults across the US in collaboration with
federal land management agencies and outdoor industry partners. Prior to his appointment at the Greening
Youth Foundation, Lesford served as the Associate Executive Director of San Diego-based nonprofit,
Outdoor Outreach. He has a career background promoting the resilience of youth and communities by
developing trauma-informed programs, ensuring access to behavioral health services, and advancing
youth employment opportunities. He has led and collaborated on public policy efforts on local, state, and
federal levels to reduce barriers to outdoor access, advocate for equitable conservation and environmental
justice, and promote the health and wellbeing of communities. Lesford earned his Bachelor of Science
(B.S.) degree in Biology from the University of Florida, and his Master of Public Health (MPH) in Health
Policy and Leadership from Loma Linda University. He serves as a board member of the Outdoor
Foundation, Senior Fellow with the Atlantic Fellows for Health Equity, and is an avid kayaker,
ultramarathon runner, and mountaineer. Born to Jamaican parents that instilled in him the values of
adventure, persistence, and curiosity, Lesford is proud to have placed a Jamaican flag at Mt. Everest Base
Camp, and has also summited Mt. Kilimanjaro, traversed the Grand Canyon, and kayaked through the
swamps of the Everglades, all with the hope of encouraging more youth of color to explore their world in
new ways.