Carbon is a highly versatile atom. It can form four bonds with other atoms, so it’s a great connector and convener. It provides the backbone for the complex molecules that comprise living things. It links up long, simple chains — hydrocarbons — that store energy in oil and gas. In the atmosphere, it forms relatively large gas molecules such as CO2 and methane, which trap outgoing radiation and cause climate change. Given carbon’s multi-talented nature, it’s no surprise that things go a bit haywire when the balance gets out of whack.

But what if excess carbon in the atmosphere could be converted to more useful forms? That’s the ultimate goal of carbon conversion companies such as Opus 12, a startup in Berkeley, California.

"Our society is based on things made out of carbon," said Nicholas Flanders, co-founder and CEO of Opus 12. "CO2 conversion enables you to have those things that drive our global economy but in a more environmentally beneficial way."

The concept of turning CO2 into solid materials and liquid fuels is sometimes called carbon conversion and sometimes called carbon utilization, depending on whether you want to focus on the process (transforming CO2) or the outcome (storing it in some sort of product). Whatever you choose to call it, making stuff out of CO2 could be a trillion-dollar industry by 2030, and it creates an economic incentive to start removing carbon from the atmosphere sooner rather than later, which is a critical piece of most scenarios for limiting global warming to 2 degrees Celsius.

"CO2 utilization is an important stepping stone and first commercialization market for an industry that currently doesn’t value carbon removal in many cases but increasingly needs to," said Noah Deich, executive director of Carbon180, a non-profit dedicated to carbon removal. "Converting CO2 back into something useful is a great way to get started."

The process of carbon conversion is a bit like recycling, in that it deconstructs a waste material into its component parts and then reconstructs those parts into useable products. However, all of this deconstruction and reconstruction happens at the molecular level. The process pioneered by Opus 12 uses metal nanoparticles as catalysts to speed up the underlying reactions and guide them to the right end product.

"The metal catalyst, in the presence of electricity, can break apart a CO2 and water molecule into smaller atomic bits, and then reform those atomic bits into new molecules," said Etosha Cave, Opus 12’s co-founder and chief science officer. "These new molecules can then become things like jet fuel, diesel fuel, and components of consumer products."

By using different catalysts, the Opus 12 team has figured out how to turn CO2 into 16 molecules. They’ve chosen to focus on commercializing three — synthetic gas, methane and ethylene — based on market size, performance and potential climate impact. These molecules can be the building blocks for a wide variety of products: synthetic gas and methane are used for fuels, while ethylene is used for plastics. 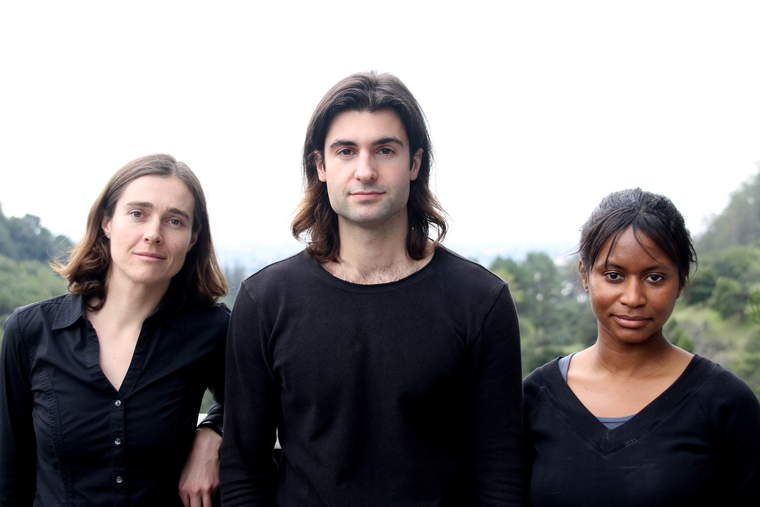 It may sound a bit like alchemy to create building blocks out of thin air, but the core concept isn’t exactly new. Plants and algae have been doing essentially the same thing for hundreds of millions of years. That’s what first got Etosha Cave thinking about using metal catalysts to convert carbon dioxide into other substances. "If you look at the catalysts that plants use, they also have a metal center," she said.

For her Ph.D. research at Stanford University, Cave worked in the same lab as Opus 12’s co-founder and chief technology officer, Kendra Kuhl. They sought to make photosynthesis-like reactions that were faster and more streamlined — so streamlined, in fact, that they wouldn’t need a plant at all or any organic infrastructure. That’s where they first developed the catalysts that they use at Opus 12.

Rather than continuing on an academic track, Cave and Kuhl decided to put their findings into practice and take the technology to market. They connected with Nicholas Flanders, who was at Stanford for a joint master’s in business and environmental engineering. In 2015, they joined the first cohort of the Cyclotron Road fellowship, a two-year program that helps environmental innovators turn their technologies into companies.

"Economically converting CO2 to useful commodities is one of these grand challenges that sits on the edge of the possible," said Ilan Gur, founder of Cyclotron Road. He added that for a challenge such as carbon conversion, there’s no way to be certain that a particular solution will succeed, "but one thing you can say for sure is there’s no way it will exist unless you have highly trained, top-of-their class people who are just 100 percent committed and are willing to stare that hard road in the eye and walk down it."

Early on, the team didn’t realize just how difficult it would be to raise money to build their technology. They thought that traditional investors would be interested right off the bat, given that they had developed an innovative solution that could help to address a massive problem, but their solution was very capital-intensive, with a long horizon for scaling.

"This kind of startup you can’t just build on a couch with a laptop," Flanders said. "You need a lot of infrastructure."

Economically converting CO2 to useful commodities is one of these grand challenges that sits on the edge of the possible.

In the early stages, Opus 12 sought government grants as well as non-dilutive funding such as the Echoing Green fellowship and the Roddenberry Prize. More recently, the company won the Keeling Curve Prize. After showing proof-of-concept, they were able to get funding from large oil and gas companies such as Shell and SoCalGas.

Neil Yeoh, former climate portfolio manager at Echoing Green, attributed Opus 12’s ability to attract early backing to the founders’ unique mix of scientific expertise, business acumen and communication skills. "Because of their talent, they won every award under the sun," he said.

After three years of tinkering in the lab, the Opus 12 team has developed its first commercial system, which is about the size of a washing machine. This system will be able to make small volumes of product at the pilot scale, and in doing so, the engineering team will refine and scale up the technology. The company hopes to develop an industrial-scale system in early 2020s, which would be about the size of a shipping container.

Noah Deich emphasized the importance of consumer demand in supporting carbon removal initiatives. "That could be really catalytic," he said. "If people demanded that a certain fraction of their fuel came from the air or a certain fraction of their building materials came from the air, that would be a real big market signal and would in itself drive a lot of innovation and learning."

Much further down the line, Opus 12 technology could have applications as far away as Mars. The Red Planet has an atmosphere that’s 95 percent CO2, a concentration over 2,000 times greater than on Earth. Carbon conversion devices on Mars could produce building materials for 3-D printed tools and structures, as well as fuel for return journeys, according to the Opus 12 vision. This application is what initially drew Flanders and Cave together. They first met through a Stanford club focused on outer space.

For now, their sights remain firmly earthbound, towards efforts to remove greenhouse gases from the atmosphere. "Our ambition is to have the same emissions of a global oil and gas company but in the opposite direction," Flanders said. "Half a gigaton converted rather than emitted."

However, the founders of Opus 12 also were characteristically humble when I spoke with them, and they were hesitant to overstate the benefits of their technology. They saw carbon conversion as one piece of a much larger puzzle for dealing with the ongoing climate crisis.

"I don’t think there’s going to be one killer app that solves all our problems," Cave said. "I think we need different solutions on deck. We can be a very strong piece of that."

Opus 12 is one of the innovative carbon technology companies that will be on the scene Oct. 22-4 at VERGE 19 in Oakland, California.