Fort Collins, Colo., is a growing, vibrant college town with a typical American problem: Beyond its idyllic historic city center, cookie-cutter subdivisions are eating away at farm fields, ranches and forests. According to the National Wildlife Federation, “the conversion of natural areas for homes, offices and shopping centers has become one of the most serious threats to America’s native plant and animal species.” It’s also a leading cause of biodiversity decline worldwide.

Yet one development, the Hill at Cobb Lake, stands out from the turfgrass- and pavement-covered sprawl. Here, homes clustered along a single access road leave bird-filled meadows and ancient cottonwoods untouched.

The Hill is different because it was designed with the notion that rural and suburban housing don’t need to be a death sentence for biodiversity. Homes here are strategically clustered to preserve the most ecologically valuable parts of the land.

As population booms gobble up wild lands, communities and conservationists worried about the loss of open space are increasingly turning to conservation developments such as the Hill to help preserve ecosystems and rural landscapes at scales that wouldn’t be possible with public funding alone. Such developments are designed, built and managed to prioritize natural resources alongside housing. They work to stave off habitat loss by keeping the most important parcels for wildlife intact, often putting them into conservation easements, rather than turning them into roads or lawns. In the best cases they maintain ecosystem functions such as improving water quality and carbon uptake and help preserve animal movement corridors by strategically linking to other protected areas. In addition to setting aside land, they employ an array of conservation techniques, from using constructed wetlands to treat wastewater to defending against invasive species takeovers and restoring habitat such as native grasslands and trout streams.

“It’s a way to achieve conservation in the context of development that is going to happen anyway,” said Sarah Reed, a conservation biologist for the Wildlife Conservation Society and affiliate faculty member at Colorado State University studying conservation developments.

Conservation developments already account for a quarter of the private land set aside in the U.S. As their popularity grows, ecologists and conservation biologists such as Reed are working to identify how to design, regulate and manage them to make them most helpful for biodiversity.

Traditional zoning can be a major enemy of preserving habitat and movement corridors, both important requirements for wildlife, said Randall Arendt, a Rhode Island–based pioneer of U.S. conservation planning.

For example, local governments often try to limit the density of rural growth by setting lower limits on lot sizes. The outcome can be seen in suburbs all over the U.S. as developments divide open spaces into human-dominated checkerboards, leaving little interconnected land for wildlife or common recreational space for residents. 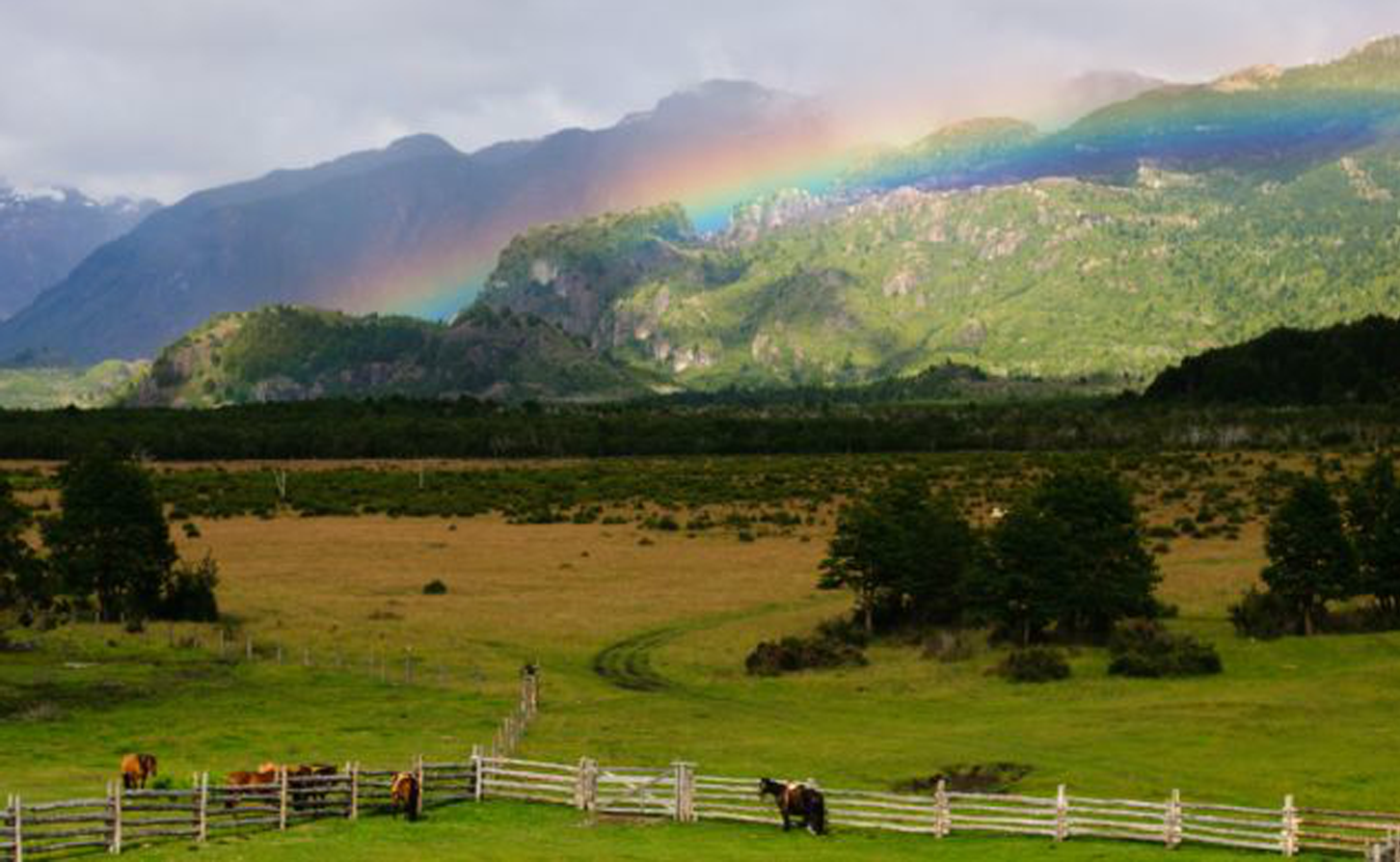 Some local governments try to remedy that zoning problem by writing rules that allow higher density housing and sometimes reduce application fees or fast-track applications if developers set aside a fraction of their subdivisions for conservation. A study Reed published in 2014 found that nearly one-third of counties in the western U.S. had such rules, with most adopted in the past decade.

“There’s clearly a growing interest in the tool,” said Reed.

That’s true not only in the U.S., but internationally as well. In 1997, nearly 25 percent of non-governmental conservation efforts in Chile came in the form of “conservation communities” where individuals buy shares in developments that allow them to build a home on a parcel while preserving the rest as a communal park. Patagonia Sur, a for-profit conservation group with headquarters in Santiago and Edgartown, Mass., has purchased more than 60,000 acres since 2007. It plans to sell that land to buyers who agree to develop less than 15 percent for real estate or ecotourism, setting aside the rest to be held by one of Chile’s first land trusts. Chile’s congress is making progress toward encouraging conservation of public land by considering a law that will allow for conservation easements similar to those in the U.S. And in South Africa, one of the world’s most biodiverse countries, grassroots conservancies are forming to protect ecosystems while still allowing development and agriculture.

Even with the best policies promoting conservation development, “maverick developers” willing to try innovative designs are still key for getting more sustainable subdivisions on the ground, said Mark Hostetler, an urban ecologist and professor at the University of Florida.

One development Hostetler worked on in Gainesville, Madera, has landscaping that helps runoff naturally infiltrate the soil rather than flushing polluted stormwater into lakes and ponds. Instead of turfgrass, its lawns are covered in native plants. The streets are narrow, curbless and gutterless, all designed to minimize pavement. Initially, it was difficult to get the county’s approval for such features, but Madera planted the seed for new regulations that now make it easier for others.

Still, “there’s no one single way to do conservation development,” said Hostetler. “It’s all site dependent.” Conservation developers need to take extra care to preserve an area’s unique features by, for example, avoiding bulldozer damage to big, old tree roots, maintaining wetlands that will entice sandhill cranes and other wildlife, or leaving dead tree trunks in place for woodpeckers and owls.

Conservation development may seem at odds with a developer’s interests, when on the surface the job is to make the most money from a given tract of land. While some developers do it for altruistic reasons, there is evidence that valuing nature can lead to higher-dollar homes. In a 2013 study, Reed and her colleagues found that properties in conservation developments command prices 25 percent to 29 percent higher than similar homes in traditional Colorado subdivisions.

“We know from our economics study that developers and homeowners are benefiting from the fact that these developments are marketed as conservation developments,” said Reed.

As conservation developments grow in popularity, Reed has one big — and very important — question: “Are they actually achieving meaningful conservation of native plant and animal species in these developments?”

When she and her colleagues analyzed ordinances and regulations governing conservation developments in the western U.S., they found them often to be weak and not backed up with science. Only 13 percent required consultation with an ecologist. And few included long-term management plans or homeowner education on topics such as coexisting with wildlife.

“I don’t think that the guidelines were lacking for lack of good intentions,” said Reed. “I think they were lacking because conservation biologists hadn’t taken it upon themselves to help.” 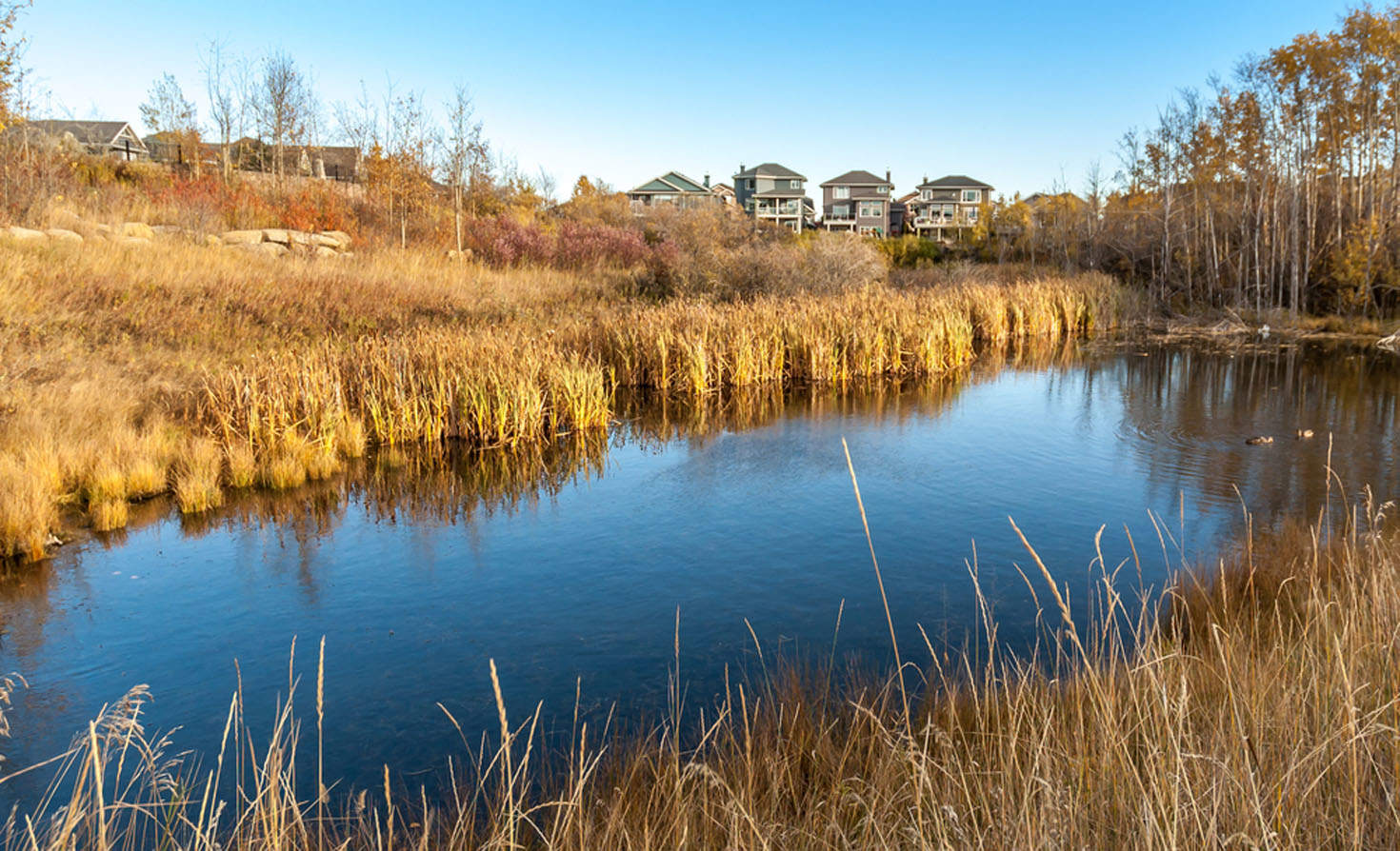 That’s why one of Reed’s graduate students, Cooper Farr, is studying which aspects of conservation developments are most important for biodiversity. She’s observing birds, mammals, plants, even people and their pets, to learn how design features and management issues, such as the presence of domestic animals, mowing or vegetation type, affects native species.

Farr’s analysis of 14 Colorado subdivisions, from the mountain foothills to the valley floor is ongoing, but early results reveal that native vegetation, continuous open space and surrounding home densities are the most important factors determining if subdivisions support songbirds usually displaced by development. She’s seeing similar patterns for mammals such as elk, mule deer, coyotes and black bears.

Even with the best data, conservation development is an imperfect solution compared to land use planning that concentrates development in cities and leaves open space relatively untouched, said Rainforest Alliance lead scientist Jeffrey Milder, who has studied sustainable residential development. But, he added, it is still important for carving out habitat that would have been lost otherwise — in other words, not letting the perfect be the enemy of the good.

“A lot of people focused on smart growth are focused on trying to make cities better and more livable,” he said. “I think those people ought to be embracing tools like conservation development to deal with what happens in the rural areas and the exurbs. We need a different set of tools for those areas, and those tools can’t be ‘no one can do anything there, ever.’”

In California, conservationists face off with vineyard owners