Global energy systems are undergoing a process of creative destruction, as the large-scale integration of renewable energy, enhanced energy management and energy efficiency, and the intensified exploitation of unconventional fossil fuels reinvent the energy sector.

These 12 diverse and disruptive innovators, described here in alphabetical order, are leading the charge:

With its suite of smart-grid solutions, Comverge is helping utilities, network operators and commercial and industrial facility owners to manage their energy usage and in some cases to radically cuts costs. To date, Comverge has delivered nearly 6 million energy management devices, enrolled more than 1.5 million customers into demand response programs, and served thousands of commercial and industrial customers. SmartGrid.TMCnet.com recently named Comverge’s DirectLink product series its 2014 Smart Grid Product of the Year award.

As one of the largest companies on the planet, oil and gas behemoth Exxon Mobil is anything but an energy insurgent. But the company definitely is disruptive. As the largest producer of natural gas in the United States, including its development of unconventional fossil-fuel resources such as shale gas, the Irving, Texas-based supermajor is a big reason why natural gas has emerged as a cleaner alternative to coal in power generation and oil in transportation. Now if only its recent climate risk report fully considered all of the risks associated with its global carbon assets.

With its low-cost thin-film photovoltaic modules manufactured in the U.S. and Malaysia, Arizona-headquartered First Solar has concocted an unrivaled recipe for high-volume solar panel production not located in China. Combined with its power plant development and construction activities, First Solar has opened eyes and markets with electricity prices that beat new coal and natural gas. For example, the price for El Paso Electric to purchase power from First Solar’s 50-megawatt Macho Springs project in New Mexico over the next 20 years is under 5.8 cents per kilowatt-hour. 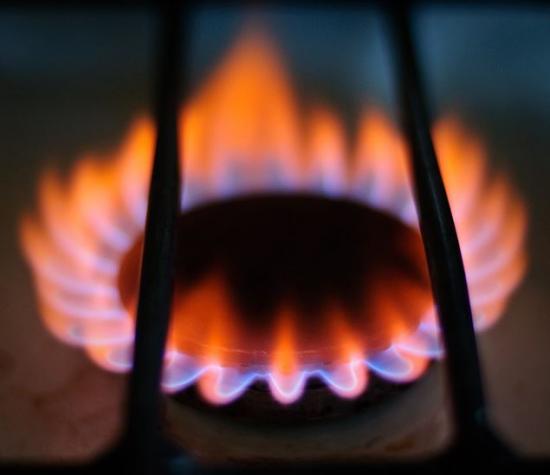 Search engine giant Google continues to make waves in the energy business both as a major buyer of green power and investor in innovative energy companies. In total, Google has contracts to buy power from more than 1,000 megawatts of renewable energy projects, and has committed to covering 100 percent of its energy use with renewables. As an investor, Google has poured more than $1 billion into green energy projects and is backing innovative companies such as by purchasing Nest Labs, which is reinventing home energy management products including thermostats and smoke alarms.

Hexcel’s technology breakthroughs in carbon fiber and other advanced lightweight composites for aerospace, defense, transportation and wind turbines are enabling OEMs to achieve much higher fuel economy than possible with traditional materials such as steel. Among its customers are BMW, which recently released its new all-electric i3 car that gets 124 MPGe, and airplane manufacturers Airbus and Boeing, which both are moving to lighter weight materials to save on fuel costs.

For a traditional energy supplier with a large fleet of conventional fossil-fuel generation assets and a handful of retail electric subsidiaries in the U.S., NRG Energy is leagues ahead of most of its contemporaries in recognizing that utilities must adapt their old business model — or risk extinction. NRG’s bold vision for the energy future, often articulated by outspoken CEO David Crane, includes ever-larger volumes of renewable energy, electric vehicles and microgrids, eventually culminating into a “post-grid future.” Going into peak summer demand on the U.S. grid, NRG’s portfolio includes more than 1,200 megawatts of large-scale and distributed solar projects around the country. 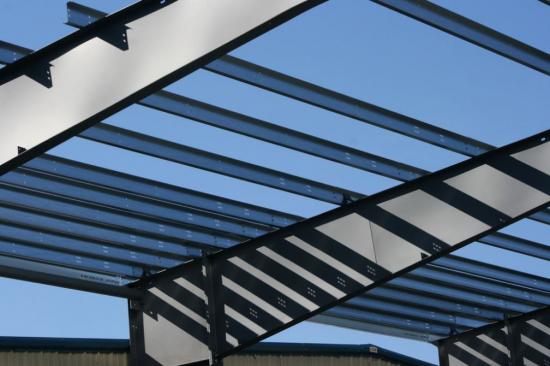 Japanese electronics conglomerate Panasonic is the primary supplier of lithium-ion battery cells for Tesla Motors’ electric vehicles. Panasonic’s Yoshio Ito and Tesla’s Elon Musk both recently said they plan to partner on Tesla’s game-changing "Gigafactory" — a multibillion battery production facility planned to break ground in the U.S. this summer at a still undisclosed location. The emergence of such a massive lithium-ion battery factory should also open up opportunities for stationary batteries as well, which could be combined with Panasonic’s solar PV cells that recently set a record for sunlight conversion efficiency.

Netherlands-based Royal Philips is leading the way in innovative illumination with a variety of revolutionary energy-efficient replacements for traditional incandescent bulbs. According to the U.S. Environmental Protection Agency, which in April selected Philips as its Energy Star partner of the year for the second year running, LEDs use only 20 to 25 percent of the energy of incandescent bulbs and last up to 25 times longer. Philips’ unique 60-Watt-equivalent SlimStyle bulb is available at Home Depot for under $10, while a 40 Watt equivalent shaped like a classic light bulb is being introduced in July. 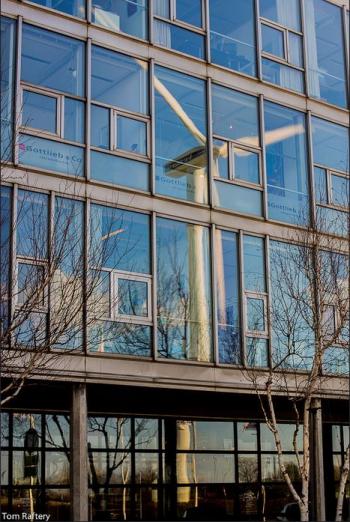 Disruption: Solar for the 99 percent

When Lyndon and Peter Rive founded SolarCity in 2006, well-to-do early adopters still were the typical profile for customers of residential solar electric systems in the U.S. They purchased their systems outright and didn’t blink at shelling out tens of thousands of dollars with financial payback of 20 years or so. For middle-class Americans with tighter budgets, SolarCity’s model of selling electricity instead of hardware in the form of zero-money down leases changed the game entirely. Today, SolarCity is the largest residential solar installer in the country, whose leases increasingly are pooled into solar-backed securities. Third party-owned home solar now makes up the majority of the fast-growing residential market segment.

Tesla’s Model S sedan has, by far, the best range of any electric vehicle on the market today with up to 265 miles. Combine this with the publicly traded carmaker’s growing international network of "Supercharger" charging stations, an ambitious plan for reducing battery costs by building the Gigafactory, an open-source patent policy aimed at driving EV advancement industry-wide and a visionary CEO in Elon Musk — and you have perhaps the definition of a disruptive company in energy.

Leading wind turbine supplier Vestas is behind many innovations in wind turbine technology that have positioned wind power as the lowest-cost new source of electric generation in many parts of the world. Long-term power-purchase agreements with utilities in Texas, for example, are in the range of just 2 to 3.5 cents per kilowatt-hour, according to Bloomberg New Energy Finance’s Sustainable Energy in America 2014 Factbook. The Danish company, which had slipped behind bigger rival General Electric, has regained its top ranking among wind manufacturers, and is adding new jobs at its facilities in Colorado due to an order surge in the U.S. Partnered with Mitsubishi Heavy Industries, Vestas has introduced the sector’s largest machine to date. The 8-megawatt turbine designed for offshore wind farms can provide enough power for more than 7,000 average homes.

Learn more about the future of energy at VERGE SF 2014, Oct. 27-30. Top image of Tesla with battery visible by j-No via Flickr

The Tesla Gigafactory: A game changer for energy, EVs

Vestas: Will the Wind Business Ever Be Brisk Again?