What do soap, Ben & Jerry’s and Kit Kat bars have in common? They all contain palm oil — produced by the oil palm tree.

Native to West Africa, oil palm has been planted throughout the tropics to provide a source of this increasingly in-demand ingredient of food, personal care products and more.

At the same time, the crop has drawn international ire due to the large-scale deforestation and social harm large plantations have caused, with some advocacy groups even calling for bans against palm oil.

Indonesia and Malaysia produce the vast majority of the world’s supply, 52 million tons combined in 2013. But the crop’s profitability is attracting increasing interest in other tropical climates, including Latin America.

Is it possible for Latin America to increase palm oil production without replicating the damages suffered in Southeast Asia?

With rapid growth expected in coming years, this is a critical time for the region to address the downsides of palm oil production before bad practices become habit. Many creative solutions would allow the region to take advantage of palm oil’s economic benefits, but just as many risks.

Latin America accounts for just 6 percent of global palm oil production, compared to 85 to 90 percent for Indonesia and Malaysia — but production is growing fast.

A 2014 study by Juan Luis Dammert (Spanish), Ph.D. candidate at the Graduate School of Geography at Clark University in Massachusetts, summarized oil palm growth in Colombia, Ecuador and Peru. Colombia is the region’s largest palm oil producer and is among the top five producers worldwide, with more than 1 million acres of oil palm as of 2012 and plans to increase production sixfold by 2020, which would require 7 million acres of plantations.

Palm oil production in Ecuador has grown 7 percent per year over the past decade, with 620,000 acres in production.

Much of the recent expansion is driven by government programs to support oil palm in order to promote rural development.

Peru has less palm oil than Colombia and Ecuador with 140,000 acres as of 2011, but more than doubled production between 2006 and 2012. Companies have requested permission to plant oil palm on more than 200,000 acres in the Peruvian state of Loreto alone.

Oil palm is also growing in Brazil and covers nearly 350,000 acres in the state of Para, with plans to increase that number to 1.7 million acres by 2022. Additionally, Honduras, Guatemala and Costa Rica have hundreds of thousands of hectares under production. Much of the recent expansion is driven by government programs to support oil palm in order to promote rural development. Ecuador, Colombia, Honduras and Peru stand out in this regard.

How oil palm is managed varies greatly among countries. Costa Rica, Ecuador and Honduras are dominated by small farms, with 98 percent, 95 percent and 87 percent of farmers, respectively, growing oil palm on fewer than 124 acres. The reverse is true in other countries, with Guatemala and Peru dominated by large companies. According to Dammert, two groups account for more than one-third of all oil palm areas in Peru, while production in Ecuador and Colombia is controlled by more mid-size companies.

There is a good reason that oil palm is so popular: It’s an incredibly productive crop. As agro-economist Patrice Levang, research director at the French Institute for Development assigned to the Center for International Forestry Research, said, “Oil palm is one of the best possible commodities. This is something that must be acknowledged: the positive side of oil palm. It is eight to 10 times more productive than soybean.”

In rural areas where wealth and employment often are limited, oil palm offers social benefits as well — the promise of regular income. Alejandra Rueda, founder of Colombian agricultural consulting company Nes Naturaleza, said, “Small [palm oil] producers have seen great benefits from this crop as it is a perennial crop that provides a stable income to families.” An estimated 130,000 to 140,000 direct and indirect jobs come from palm oil production in Colombia alone.

While oil palm may boost local economies and provide valuable products to global markets, experience has shown it creates huge environmental risks in the process. The oil palm tree grows best in tropical climates, which puts it in direct competition with tropical rainforests.

In Southeast Asia, palm oil production is responsible for millions of hectares (PDF) of deforestation. Companies and farmers burn forests to clear the land with little regard for the loss of habitat or the services forests provide to people.

Palm plantations are directly driving deforestation in Latin America, too. In April the Monitoring of the Andean Amazon project reported that 29,045 acres of primary and secondary Peruvian Amazon rainforest had been cleared to make way for oil palm.

The impacts go far beyond those wrought on biodiversity and nearby communities that depend on the forests. Tropical forests sequester vast amounts of carbon dioxide. When they are degraded or destroyed, carbon is released into the atmosphere, contributing to climate change. Deforestation linked to oil palm in Kalimantan, Indonesia, led to more than 154 million tons of CO2 emissions in 2010, according to a study published in Nature Climate Change — the equivalent of annual emissions from nearly 30 million cars.

In addition to environmental issues, palm oil is linked to social problems as well. Land tenure and land rights are weak in many countries in Latin America, which puts many small farmers at risk of losing their land as the palm oil industry develops. Colombia (PDF) in particular has developed a reputation for land-grabbing, where paramilitary groups sometimes have violently appropriated land (PDF).

There is little question that palm oil production will continue to increase in Latin America in the next decade. That being the case, how can the region get the most out of the benefits palm oil offers and avoid the negative impacts Southeast Asia has experienced? Three solutions stand out for mitigating the downsides.

First off, the benefits from oil palm growth would be more equitably distributed if small farmers owned and managed more plantations. Small farmer control also avoids clearings of thousands of hectares at once and small farmers tend to plant in mosaic patterns, preserving some of the original environment and increasing agrobiodiversity (Spanish), according to CIFOR researchers.

One problem with scaling down is that starting an oil palm plantation is extremely expensive, requiring thousands of dollars of investment without significant returns during the first few years. Without access to credit, oil palm is untenable for farmers who need regular income. Some countries, such as Ecuador, are creating government programs to support small farmers. 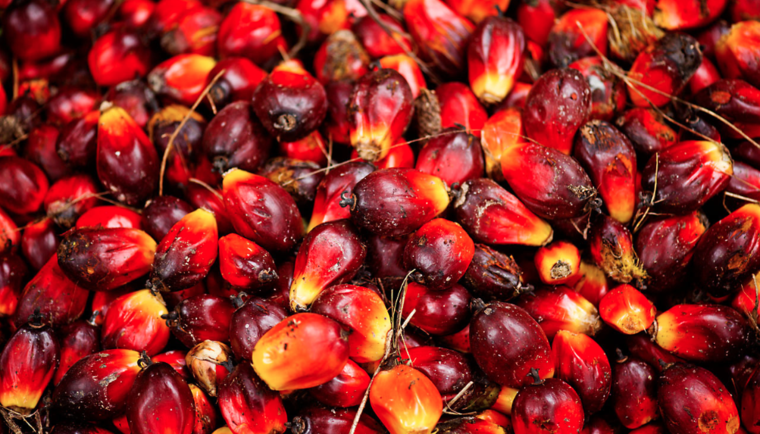 A second solution lies in better ecological planning. Mostly because of cattle grazing, Latin America has millions of hectares of existing deforested and degraded land. The ecological value of these lands is low, so planting oil palm or other crops doesn’t have the same negative consequences for biodiversity and ecosystem services as clearing rainforest.

In most cases, it’s simply cheaper to clear forest — and likely will remain so until policies change in a way that better protects forests and incentivizes production on nonforested land. Using these lands seems like an obvious strategy for expanding palm oil production in an environmentally friendly way. It’s a tough sell, however, because companies interested in repurposing the land for palm oil would have to negotiate deals with a large number of smallholders, said Levang.

“Large areas that have been cleared like that have been appropriated by thousands of people,” he said. “If you try to take them [for oil palm development], all these people will ask for compensation.” In most cases, it’s simply cheaper to clear forest — and likely will remain so until policies change in a way that better protects forests and incentivizes production on nonforested land.

A third way to improve the likelihood that palm oil development in Latin America is environmentally and socially friendly is through sustainability certification (PDF). The Roundtable on Sustainable Palm Oil, a non-profit association that has created sustainability standards for palm oil, guarantees that certified palm oil has not come from recently deforested land, does not involve child labor and other standards. The group already has certified 8.4 million acres of oil palm plantations — accounting for 20 percent of palm oil production — worldwide. RSPO is growing rapidly in Latin America, with the certified volume of palm oil growing an estimated 226 percent from 2014 to 2015.

Certification is not without problems, however. The scheme only protects certain kinds of forest. Accusations that some certified companies violate RSPO standards and clear protected lands began early on and continue today. According to Dammert, “Cases of greenwash are seen too often [with RSPO]. It is by no means a sufficient mechanism. If it doesn’t come in addition to strong national policies and the mobilization of organized social actors it guarantees nothing, in my opinion.”

Certification can be a particular challenge in the instance of smallholders, because the transaction costs of achieving certification, such as paying for the certification auditor and making changes needed to comply with requirements, can be much higher per acre for small properties than for big ones.

There is also the complication of traceability; as Levang explained, “You have [un-certified] smallholders selling their fruit to other smallholders who are certified. It’s a way for fruits produced on plantations without RSPO to turn into certified oil. [RSPO for small farmers] is much more difficult to control.” RSPO is revising a group certification process for smallholders and has a fund to support small farmer certification in order to make it easier for them to participate.

While palm oil’s challenges make it easy to sympathize with calls for bans, eliminating palm oil would not solve any problems. Naranjo said the challenges are different in every country. In Honduras, where 95 percent of producers are small or medium-size producers, “they have a long tradition of cooperatives, associations … and they are using this tradition of organizing to achieve RSPO certification,” he reported.

Where to go from here?

Global consumers demand ubiquitous, cheap vegetable oil. If oil palm trees weren’t displacing forests, then soy, rapeseed or another oil crop would — all of which carry their own environmental consequences.

That said, palm oil is increasingly threatening Latin America’s natural resources, and without a transformation of food production and governance systems, more destruction is certain. It’s unlikely that any one strategy alone will do the job. But it’s clear that better agricultural and environmental planning from government ministries and social pressure for sustainable palm oil are needed if the Latin American palm oil industry is to avoid following the precarious path of its predecessors elsewhere.