With news that companies such as Starbucks, Hyatt and Marriott have agreed to ban plastic straws, it’s a fitting time to consider the role of plastic in our daily lives. Plastics are an often overlooked modern wonder — cheap and multipurpose substances that can be fashioned into myriad products.

Drinking straws are just the literal tip of humanity’s plastic addiction. In 2016 global plastic resin production reached nearly 335 million metric tons (PDF). By some estimates, it could grow to about 650 million metric tons by 2020, roughly 100 times the weight of the Pyramid of Giza.

Our lab is one of a number of research teams looking for potential solutions to society’s plastic problems. We study a tiny photosynthetic bacteria, which we are using as a production platform to convert light and carbon dioxide into renewable compounds, including bioplastic alternatives. Bio-based plastics are a promising option for reducing plastic waste, but scaling them up will require substantial investments, both in making them and in special facilities for disposing of them. 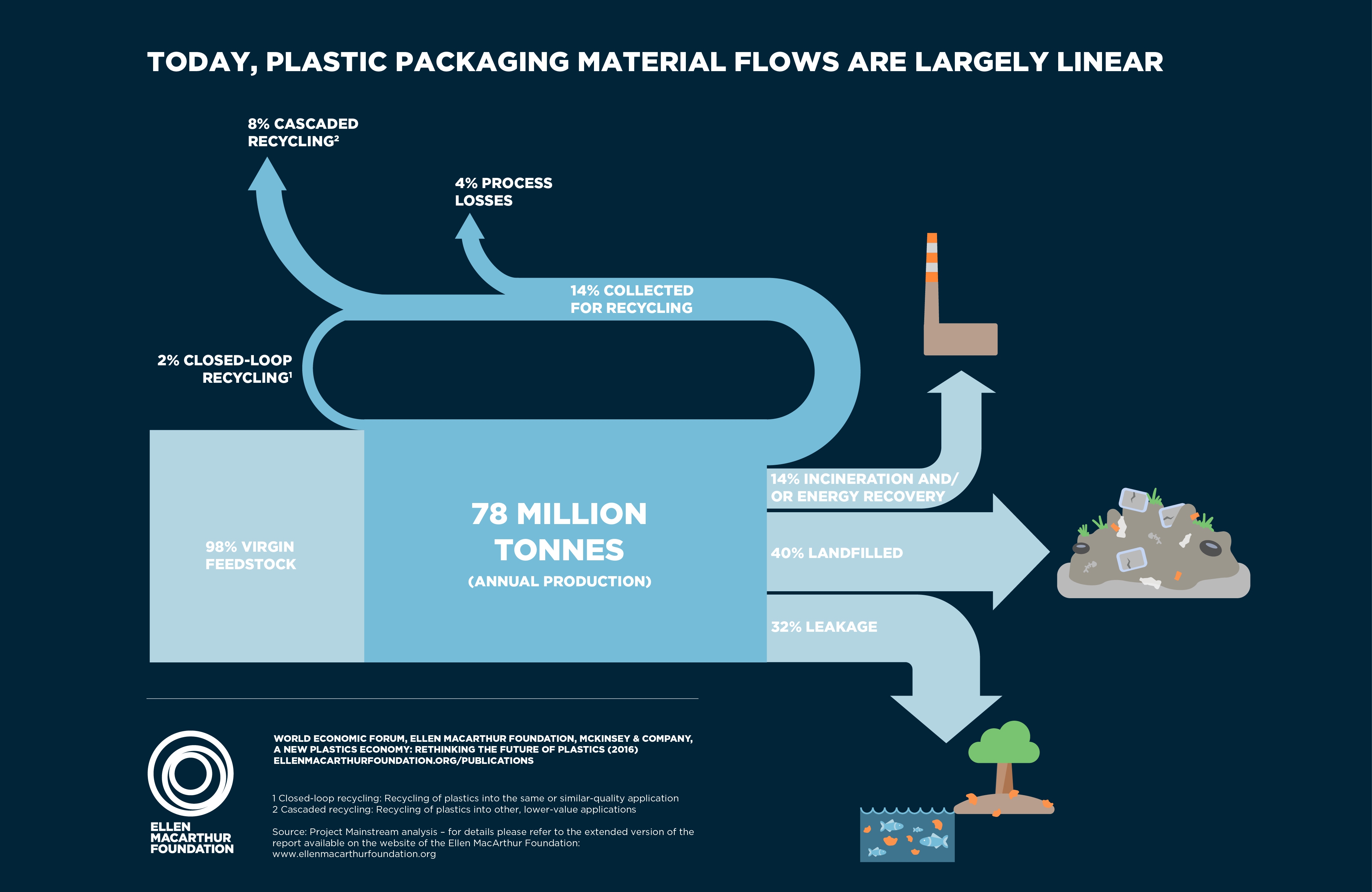 Much of the world’s plastic output is manufactured into single-use objects, such as drinking straws. Indeed, food packaging and food-related objects, such as cups, carryout containers, shrink wrap and plastic bags, account for a large proportion of all plastics made.

Less than 10 percent of all waste plastic is recycled worldwide. Most plastic food packaging cannot be easily recycled if it has any food remnants stuck to it, because these residues can interfere with various stages of processing. As a result, many recycling plants will not accept food packaging.

Less than 10 percent of all waste plastic is recycled worldwide.

What about other plastic waste? About 12 percent is incinerated, but nearly 80 percent ends up in landfills or the environment. In the ocean, currents aggregate plastic trash in large floating "islands" of garbage.

Whether they are buried or floating at sea, plastics can take hundreds of years to break down. In the process they can wash up on shore, creating litter and tourism headaches. Furthermore, large plastic objects, and even the microparticles they can wear down into, are harmful to a variety of wildlife, including seabirds, marine life and corals.

A wide variety of bio-based plastics made from renewable biological compounds have been under study for many years. Today, many can serve as drop-in replacements for the fossil-fuel based plastics that most of us are familiar with, such as polystyrene and polyethylene.

Most bioplastics are made by taking sugars derived from plants, such as corn and sugar cane, and using microorganisms to convert them into raw materials that eventually can be formed into plastic resin. But there is a trade-off between making bioplastics biodegradable on the one hand and still durable enough for their purpose on the other. A straw and cup that disintegrate halfway through your road trip are not much use at all.

Many of the most promising bioplastics in production and in development can be rapidly degraded under controlled conditions, such as those in a large-scale composting facility. Here, bioplastics may be intermingled with other organics and mixed regularly to ensure adequate aeration to promote rapid decomposition. One such facility that is particularly engaged in testing and improving the degradation of bioplastics is Cedar Grove, operated out of Washington state. The end result is a rich compost that is suitable for fertilizing gardens and crops. 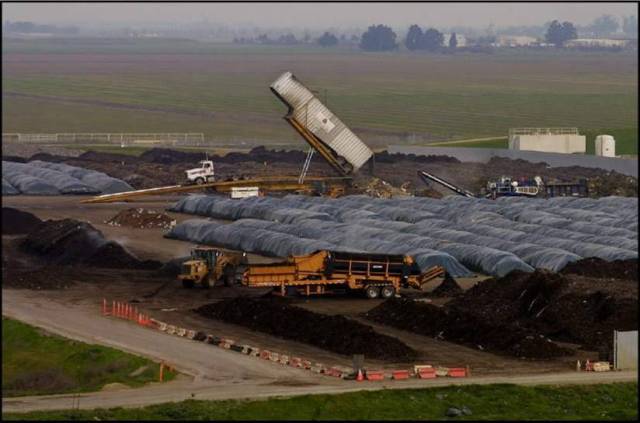 At Jepsen Prairie Organics in Vacaville, California, shredded organic waste is laid out in rows and covered to conserve heat as bacteria convert the materials into compost. San Francisco Department of the Environment.

However, even bio-based plastics will languish for decades or centuries if they are thrown in the trash and buried in landfills. Below the surface layer of a landfill, the conditions are often dry, cool and lacking in oxygen. All of these factors discourage the growth of microbes that can accelerate the breakdown of bioplastics. By contrast, compostable plastics are largely degraded within three months inside industrial compost facilities, where conditions are managed to promote aeration and temperatures are often substantially higher because of all of the microbial activity.

Similarly, it is unlikely that any developed materials will be biodegradeable under all environmental conditions. For example, they may not break down in the Arctic or at the bottom of the ocean. Conditions in such environments, such as low temperatures and oxygen levels and high pressure, can inhibit the growth of organisms that act to break the bonds within plastic polymers, leading to much slower rates of breakdown.

This means that any breakthroughs in materials science need to be coupled with sustainable methods for bioplastic production and a well-oiled system to direct bioplastic goods into composting facilities.

Making plastic from plant sources is certainly more sustainable than fossil fuel-based approaches, but it requires land and fresh water to grow and process the feedstock materials. Our research lab is looking for ways to train photosynthetic microbes (cyanobacteria) that naturally can harness the sun to make these same bioplastic compounds.

In this process, these microbes perform the same role as plants, using sunlight and carbon dioxide to create sugars that can be converted to bioplastics. In fact, cyanobacteria are more efficient solar converters and don’t require soil or fresh water, so this approach could reduce competition for land and resources.

While it’s easy to malign the lowly plastic straw, it’s hard to come up with substitutes that are as cheap, lightweight and durable and are environmentally benign. I believe progress is possible, but only if scientists can collectively come up with bioplastic alternatives and social policies support the composting infrastructure to dispose of them suitably.

The Material Facts About Bioplastics

Bioplastics and circularity: Why can't we be friends?

This quiet innovation is changing the world of plastic