Hundreds of feet above a snow-covered field, a boxy black device covered in propellers hovers next to the enormous outstretched blade of a wind turbine. From a corner of the machine, a nozzle sprays a liquid across the surface of the blade in a rapid smooth zigzag motion like a rogue car wash in the sky.

The machine is a drone made by Latvian-born startup Aerones, and earlier this year the company tested it out de-icing a wind turbine blade at a wind farm in Latvia. The same unmanned aerial vehicle also can clean bugs and dirt off turbine blades, the sides of buildings and solar panels.

Next week, Aerones' Latvian founders will stand before a room of potential investors and the media to give a two-minute pitch explaining their drone technology — as part of a gathering of the latest cohort of Y Combinator companies. The company, which is testing various applications for its powerful drones, recently was accepted into the influential Silicon Valley program. It will spend the next few months honing ideas and finding new customers with Y Combinator's help.

Aerones' wind turbine drone exemplifies a growing trend of drones being built and deployed for renewable energy companies to carry out tasks such as designing new power plants, monitoring and inspecting hardware and power lines, and (now) keeping renewable systems clean. The idea is that drones can do these jobs much more quickly and for a lower cost than they can be done by human workers.

Such computing technologies could help solar and wind development companies lower their overall costs to produce energy and compete more effectively with cheap fossil fuel-based energy options. The lower the cost of clean energy, the more mainstream and accessible it'll be to companies looking to buy it to power operations, offset their carbon emissions or meet other corporate sustainability goals.

Both wind and solar operators are beginning to show some interest in drones but in different ways.

According to a report from the Electric Power Research Institute (EPRI), solar developers are evaluating drones as a better way to operate and maintain utility-scale solar farms. These are the expansive solar panel fields that can stretch for miles in remote regions of some states such as California, Arizona and Nevada.

The cost of the solar energy is often low from these farms — in some places cheaper than coal and natural gas power— but companies are still trying to slash a couple cents per kilowatt hour off the costs. If drones can help alert solar farm operators when some solar panels aren't operating, or if electrical wiring is overheating, then they're worth paying to do drone flyovers.

The idea is that drones can handle certain jobs, such as panel or turbine maintenance, much more quickly and for a lower cost than they can be done by human workers.

The EPRI report found that the "low hanging fruit" for drones and utility-scale solar farms is infrared imaging. A drone equipped with infrared sensors can peer down at panels and gear and encourage such preventive maintenance.

Other solar companies such as solar project developer and panel maker SunPower are using drones to more effectively, efficiently and inexpensively design new power plants. The company has deployed a handful of drones that take surveys over undeveloped new utility-scale solar fields and use the aerial imaging to design panel layouts with the most efficient shapes.

Top of a turbine

In recent years wind turbines have gotten taller and wind blades and rotors have gotten bigger. These factors have enabled wind farms to produce the cheapest wind energy in history and compete with fossil fuel energy in states such as Texas and Iowa.

But as these monster turbines reach farther up in the sky, there's more reason to send a drone to the top to do inspections or change out parts. 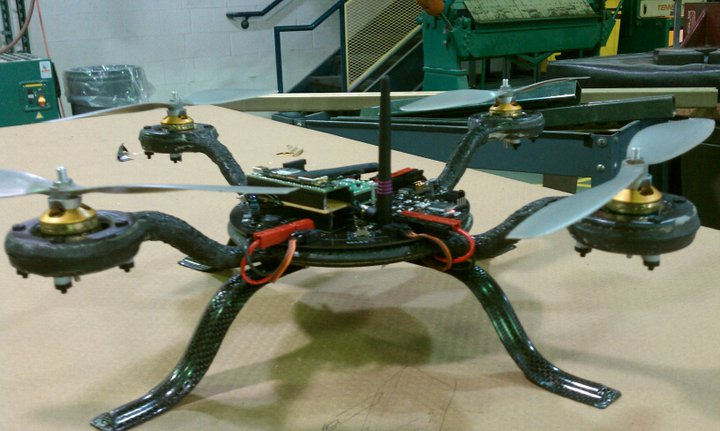 SkySpecs
<p>Michigan-based startup SkySpecs automates the turbine inspection process.</p>
A startup called SkySpecs has developed drone technology that automatically flies up to the high heights of wind turbine blades and does an inspection in just 15 minutes. The company says that in comparison to drone flights that are manually operated by a controller on the ground, its drone flights are much quicker (and thus cheaper).

The wind turbine cleaning and de-icing drones from Aerones are a little more unusual than the standard drones you see hovering over parks.

Aerones co-founder Dainis Kruze said the unique design, increased power of the system, stabilization algorithms and tilting propellers enable his company's drones to reliably and steadily fly up to 1,000 feet off the ground while spraying liquids and lifting up to 440 pounds.

The company's drones are connected to the ground via a power cable and a cable for the liquids. Most drones are propelled by batteries (and sometimes mini solar panels), but with a cable connection to a generator on the ground, an Aerones' drone can fly indefinitely.

"You need a lot of power to do the cleaning smoothly and steadily," Kruze explained, adding that the drones "work differently than how other drones operate."

Such a high-end drone isn't cheap. But Aerones plans to sell wind turbine cleaning and de-icing as a service, instead of selling the drones outright.

The wind industry is just one market for Aerone's high-tech drones. Other applications include firefighting, rescue, delivery and sports (such as drone wakeboarding).

Next week Kruze and co-founder Janis Putrams will take the stage at the Computer History Museum in Mountain View, California, to try to convince investors and members of the press that a drone that can clean wind turbines (among other things) is a hot investment.

Of course, the drone will be in tow. Kruze said: "It looks amazing. Just trust me. It's not like anything that you've seen before."

Why this U.S. logistics giant will use drones powered by fuel cells

Why drones can be a boon for wind and solar