The world’s current food system is flawed. With so many mouths to feed, western society has resorted to intensive agriculture that relies heavily on petroleum-based technology, such as tractors, plows and seed drills. With increasing population and advances in technology, farms are now competing on a global scale. Food is often flown in from all over the world, the emissions contributing to global climate change.

Because a growing proportion of food is not grown where it is eaten, city dwellers often fall victim to “food deserts” where they have little or no access to affordable, high-quality, fresh food. By 2050, close to 80 percent of the world’s population will be living in urban centers. With the growth of megacities, our current farms mandate a paradigm shift to environmentally friendly and efficient urban food systems to support the population in a sustainable way.

Urban farming presents a unique opportunity to grow crops on land that is vacant or unused. These crops also can be grown in huge skyscrapers, abandoned lots and even in used shipping containers. It is up to farmers to be as creative as they wish.

One of the largest benefits of urban agriculture is the reduced distance of shipping crops from farmer to buyer. Often produce in the United States, especially during winter months, is grown in faraway places where the weather is still warm enough to support fruits and vegetables and is then shipped to grocers throughout the United States. The number of gas-guzzling delivery trucks and airplanes that deliver all of this food drastically could be reduced with a shift to urban agriculture. City farms could provide urbanites with easier access to fresh and local produce. 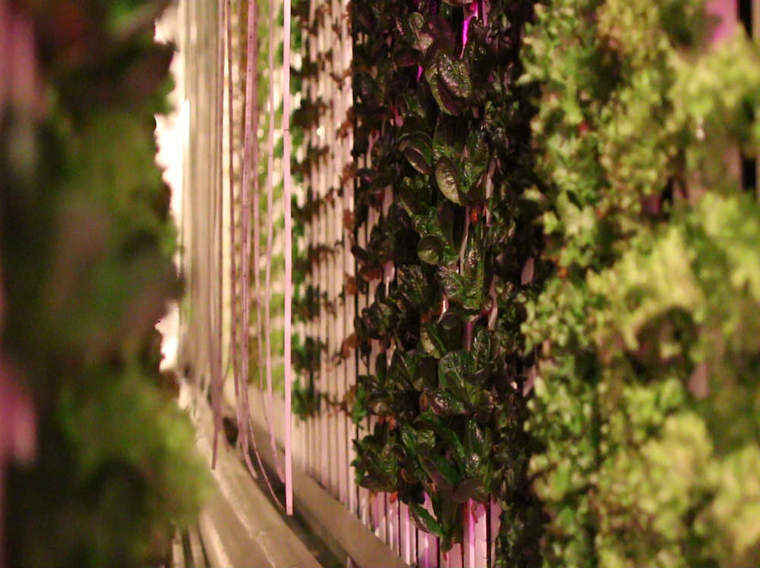 One of the most unusual examples of urban agriculture has the potential to provide Boston with fresh produce even when the city is blanketed in snow. Founders Jon Friedman and Brad McNamara started Freight Farms in 2010 with the goal of cutting down on the number of miles it takes to get greens from farm to table.

The pair converts old metal shipping containers from cargo ships into mobile farms. These “smart farms” are insulated, completely digitally controlled, and even have been installed with Wi-Fi so that farmers are able to check on things without leaving the comfort of their homes when snow is on the ground.

By growing food indoors, these containers eliminate the need for pesticides and herbicides. Indoor plants are able to produce food year-round instead of seasonally, reducing the amount of fruits and vegetables flown in from other countries.

Freight Farms sell their containers to urban farmers looking for a new business endeavor for about $76,000 each. Bostonians Shawn and Connie Cooney have taken advantage of this opportunity and have begun growing greens such as kale, cilantro, mustard greens and wild mint, which they sell mostly to restaurants via wholesale distributors. They currently have four freight containers and claim to be able to grow as much produce as four acres of land could produce, in a shorter amount of time and year-round.

Other urban farms, such as vertical farms, use height to maximize growth space in cities. Many use hydroponics — growing crops in a medium other than soil, such as water — or aquaponics. The latter uses a symbiotic relationship between fish for their nutritious waste and plants for their waste filtration to grow food. 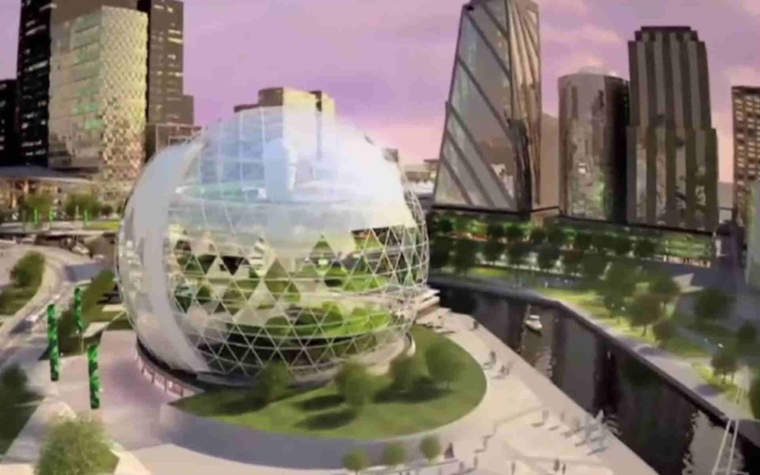 Plantagon
</p><p></p><p></p><p></p><p></p><p></p><p>The Plantagon design shows a structure that fits easily into the urban landscape.</p>
These alternative growing techniques eliminate the need for soil. This new idea for a farm was first proposed by Dr. Dickson Despommier, a professor of microbiology and public health in environmental health sciences at Columbia, in 1999. The idea has been gaining steam quickly with proposed buildings underway all around the world, such as in Japan and Wyoming.

A vertical farm is going up in Sweden called the Plantagon. This futuristic building, expected to be finished by the end of 2015, has tracks that allow plants to travel up and down the building to maximize sunlight exposure and to make harvesting much easier.

The building will produce 300-500 tons of food a year in a 400 square meter space. CEO Hans Hassle envisions his business as not only environmentally responsible because of its commitment to corporate responsibility, but also as a way to get young people interested in becoming farmers.

Another vertical farm is underway in Chicago called The Plant. The plant looks to resolve Chicago’s food desert problem, which has left some city dwellers without access to grocery stores or fresh produce. The building was once a meatpacking plant and since has been converted into a closed loop system where fish, plants and even a kombucha tea brewery use each other’s waste products to grow. The system even includes office spaces for local businesses to lease.

An anaerobic digester takes any waste products unable to be used and converts them into a sludge used to make fertilizer. The anaerobic digester combined with a proposed heat and power system eventually will run The Plant on net-zero energy and completely off the grid.

On a smaller scale, one family in Arizona converted its backyard swimming pool into a closed loop food production system and since has started a non-profit to help others learn about sustainable food production and how simple it can be. Garden Pool combines solar power, water conservation, poultry farming, aquaculture and more to convert water-intensive swimming pools into food oases. The concept is simple and allows a family with an average sized swimming pool to produce its own food 365 days a year. 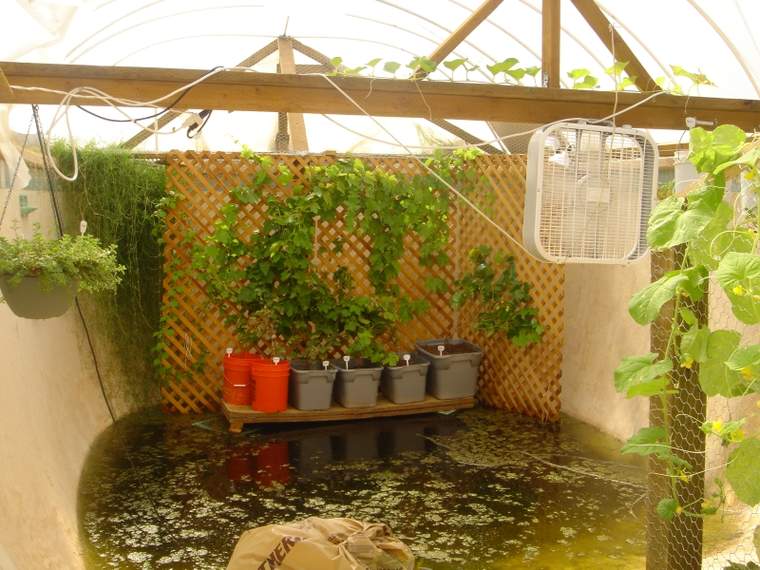 Freight Farms shipping containers are climate-controlled and do not use natural sunlight, increasing the amount of energy needed to power them. They are also relatively expensive and may not be a viable option for providing large amounts of food to urbanites, especially those living in lower-income neighborhoods with low access to fresh foods.

The Plantagon may reduce any need for chemical pesticides and herbicides, but it requires the construction of a whole new facility and has a large energy demand to maintain climate settings.

Providing food for our future megacities will not be an easy task, but it can be sustainable. Creative minds have come up with ways of turning once-wasted buildings, containers and swimming pools into sustainable farms, capable of producing a large amount of food in our cramped urban spaces. Conventional agriculture does not have to be the answer to our exploding population and the environment does not have to be at risk to feed us.

Why ShopRite and Compass Group have a taste for urban farming

Local food is great, but can it go too far?