Recycling isn't a new concept. After all, cities and environmentalists have been urging businesses and consumers to reduce waste for decades. Yet the overall U.S. recycling rate remained around 34 percent (PDF) the last time the Environmental Protection Agency estimated it in 2010.

As paltry as that proportion is relative to all the time and money that's already been pumped into recycling systems, a number of public agencies, companies and advocacy groups are working to modernize and expand the reach of such programs.

Those efforts, however, are complicated somewhat by varying recycling rules in nearby jurisdictions — especially as product materials evolve and some communities pursue much more aggressive zero waste initiatives.

That dynamic leaves those in charge of increasing recycling rates at quite a junction.

“Are we focusing on the right things?" asked Susan Robinson, director of public affairs for America's largest waste disposal and recycling company, Waste Management, during a GreenBiz webinar on the future of recycling held this week and sponsored by the company.

"Is quantity or quality more important? Should we encourage the use of materials that reduce the amount of overall greenhouse gas emissions, even if they’re not recyclable? Are we spending enough time communicating with our customers about how to recycle materials correctly?”

With those questions and others in mind, participants in the event focused on several ways to convince more people to recycle their boxes, bottles and cans:

Playing up the "do-the-right-thing" element of recycling isn't necessarily enough to make people actually separate out paper and plastic.

Deeper behavioral psychology is at the root of a new effort by Waste Management to increase recycling rates, which makes sense given the "cognitive dissonance" currently defining the field, according to Julie Colehour, principal of the public relations and marketing firm Colehour & Cohen.

While 72 percent of Americans report that they "always" or "almost always" recycle, that's more than double the actual 34 percent rate of recycling. Statistics such as the fact that 69 percent of plastic bottles still don't get recycled also can be deployed to reduce complacency.

Colehour has zeroed in on the biggest barriers to recycling as convenience, confusion about recycling rules and the potential "ick factor" of sorting through household or business waste. The trick, she said, is playing into positive motivations such as avoiding unnecessary waste while also educating people, keeping the rules simple and asking for a concrete commitment. 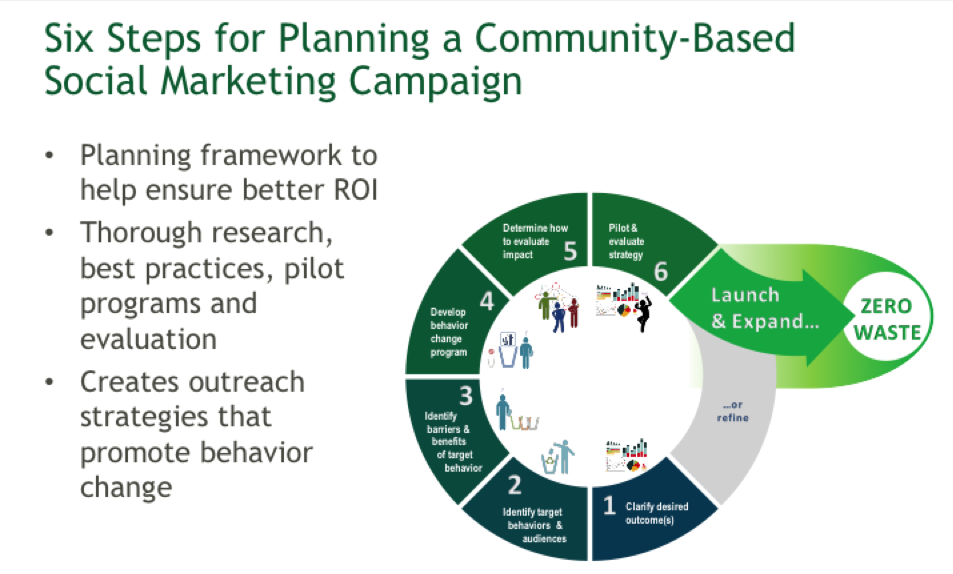 Integrated marketing approaches that bridge psychology, education and branding are being deployed to encourage increased recycling.

Clever marketing campaigns are one route to incentivize recycling, but the issue also often comes down to economics.

In locations such as Minnesota, garbage services are taxed while recycling is free.

“The garbage rates, in effect, pay for the recycling programs," said Robinson. "But they can put out as much recycling as they want without paying more.”

Those financial imperatives were then used as a jumping off point for additional recycling efforts in Hennepin County, home to 44 cities including Minneapolis, to produce a standardized recycling guide and produce radio and TV commercials encouraging recycling at home and outside.

It's easy to think of trash and recyclables as one, big undefined mass.

But shifting packaging standards and business dynamics have led to an "evolving ton" of waste produced each year by individual Americans.

Total per capita waste has decreased 8 percent since 2000, but that hasn't necessarily lowered the costs of recycling.

Paper products such as newspapers have waned with turmoil in the journalism industry and greater emphasis on digitization. More cardboard boxes and plastics are also showing up in residential recycling bins, thanks in part to new package designs and the proliferation of e-commerce deliveries. 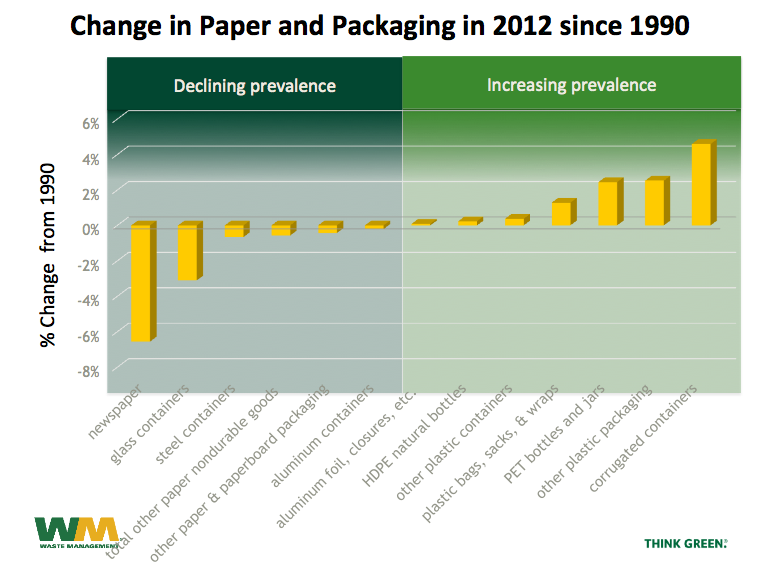 The catch: Recyclers now deal with more volume but less weight — and weight is what traditionally dictates revenue gleaned from recycled materials.

Adding to that strain are unconventional plastics that have arisen as a packaging tool to protect products with less material. But even if a material is "greener" in that it involves fewer greenhouse gas emissions throughout the supply chain, it might not necessarily be recyclable.

"Coffee in a non-recyclable pouch, interestingly enough, produces 75 percent fewer greenhouse gas emissions than coffee packaged in a recyclable steel can," Robinson said. "Even though it can’t be recycled, it’s a better choice from a big-picture life cycle perspective.”

That's a 'WRAP' for Waste in California

Why we should rethink weight-based recycling goals