American swimwear giant Speedo is making waves in the circular economy with a new initiative to create swimsuits from remnants of nylon generated in its own factories.

The groundbreaking efficiency project was launched last week under a new partnership with Italian materials manufacturer Aquafil, which has pioneered a new form of nylon made using 100 percent waste material.

Speedo has struck a deal with Aquafil to ship fabric remnants from its factories back to Aquafil's plants in Italy, where the material will be turned back into nylon for a new range dubbed Speedo Powerflex Eco swimwear.

"The fabric Aquafil has engineered has really great compression and recovery, and the way it takes color is really special. So the fabric itself is an upgrade to where we were," she told BusinessGreen. 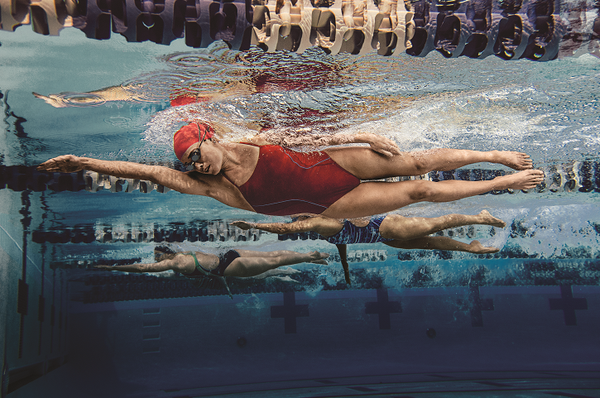 Speedo
</p><p></p><p>A snapshot of Speedo's new closed-loop swim line.</p>
The collection, on sale in the US, Canada and Mexico, is priced between $40 and $74 — on par with Speedo's existing product line.

So how did the project come about?

"It was just one of those things that happened almost effortlessly," said Lebow.

She explained how one of Speedo's suppliers took a sample of Econyl into the offices for its designers to see last year, sparking a conversation about a potential brand partnership.

"Our goal [at Speedo] is really to reduce the consumption of non-renewable resources and minimize waste so we think about that a lot," Lebow added.

Meanwhile, Aquafil had just perfected its Econyl system and was on the hunt for a brand to partner with to make its material more visible in the consumer market. A few months and a couple of conference calls between suppliers, factory owners and designers later, and closed-loop swimwear was born.

Speedo is diving head first into the circular economy. As well as launching the Powerflex Eco collection, it plans to extend the use of Econyl across the rest of its product line.

Lebow believes a large potential market of consumers is looking for brands to take the lead on sustainability issues.

"There are very informed consumers out there who are highly motivated and have really thought through their choices about what they buy and what brands they choose," she said. "They base those choices on the kinds of actions those brands take. Closed loop systems are really on the agenda right now, so I think that this initiative will really appeal to them."

However, the project has had to negotiate some choppy waters to get to this point, said Aquafil's chief executive, Giulio Bonazzi. The process of making Econyl took years of research to perfect, and is more complicated than simply re-melting the old fabric, Bonazzi said.

The fabric has to be broken back down to a molecular stage and re-formed into a new polymer identical to that of virgin nylon, he explained. After that, the polymer is extruded into a yarn that is woven into a raw material for brands to work with.

But more than any complicated chemistry, one of the biggest challenges has been navigating the red tape of waste regulations. Transporting factory scraps from China back into the EU was a "big bureaucratic challenge," according to Bonazzi, and he said European legislation provided "no support" in the project's development process.

"Europe should make it easier for us to close the loop, to bring back this type of waste [into the EU] which is not harmful or dangerous," he added.

In short, it's taken a long time to perfect the system and make it economically viable, said Bonazzi. "It's been a long journey — how to find the waste, how to bring it back and then how to recycle it, while respecting all the legislation across different parts of the world and still make it economical. It was a big challenge."

He is calling on the European Commission to do more to support closed-loop initiatives, in the same way that it has provided support for renewable energy and low-carbon technologies.

"You give favor to cars that consume less fuel, you are trying to create a carbon-neutral system and community, so why not create a community which is trying not to take anything from the planet or send anything to landfill?" he asked.

He added that legislation that gives public procurement projects more responsibility to source products from closed-loop systems would be another good way to boost the industry.

His comments come as discussion over the potential of the circular economy rises up the political agenda. Last month, the European Parliament voted through a circular economy package that recommends binding waste reduction targets, revamped eco-design laws and new policies that reduce resource consumption and encourage the use of renewables. If these measures are adopted, it could create nearly 2 million jobs.

Speedo joins the small handful of brands, including IKEA, General Motors and Marks & Spencer, that publicly have committed to pursuing closed-loop strategies within their businesses. But as waste reduction targets get stricter and raw resources become scarcer, many more businesses may be tempted to battle through the red tape to take the plunge.

How Net-Works fishes for a triple bottom line