How Can We Feed the Planet Without Destroying the Planet?

How Can We Feed the Planet Without Destroying the Planet?

Although it's not often addressed in the larger business world, food is a hot-button issue for everyone on the planet, but perhaps much more so than almost anyone knows. In fact, according to Jon Foley, director of the University of Minnesota's Institute of the Environment, making agriculture more productive and more sustainable is probably the single biggest environmental challenge of the 21st century.

Foley laid out his case during the first One Great Idea session at the GreenBiz Forum in Minneapolis, the first of three one-day events digging in to the findings of the State of Green Business Report, published this week by GreenBiz Group.

"How are we going to feed the world, and simultaneously deal with sustainability?" Foley asked. "That's the question that's been haunting me most lately." 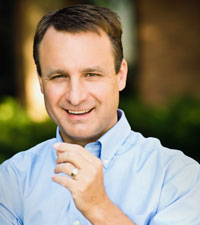 Billed as "a business case for the Earth," Foley discussed the three big challenges that agriculture faces now, and five ways to overcome those challenges by 2050.

2. Meeting the needs of the next two billion. Even with a billion people at risk of starvation every day, the numbers are only going to get worse, as the global population climbs to an estimated 9 billion by 2050. If we're struggling already to meet the food challenge, how will we scale it up rapidly, given that it's taken us 10,000 years to get to our current agricultural production and we have just 38 more years to double it. "I can tell you right now we are nowhere near being able to do that," Foley said.

3. Doubling food production sustainably. Right now, agriculture is the world's largest environmental problem, Foley said, and it's only going to increase. Global food production currently uses about 40 percent of the world's land, 70 percent of its water, and is responsible for at least 35 percent -- and possibly 45 percent -- of the total greenhouse gas emissions from human activity. Given the level of carbon emissions that we need to reach by 2050 to stem the worst impacts of climate change, it can't be done without fundamentally changing agriculture.

"The real challenge, of course, is to do all of this simultaneously," Foley said, "and that's why this will probably be one of the hardest things we have to do in the 21st century."

Fortunately, Foley has a plan, or at least a map. Actually, he calls it a business case for the Earth, and even if it's not going to be easy, it helps to make the challenge seem more manageable when it's broken into relatively small chunks.

1. Stop deforestation. "Grow more food, but not at the expense of rainforest and savannahs and peatlands," Foley said. "Let's stop growing agriculture, let's freeze the footprint of agriculture to where we have it today." The expansion of agriculture is the single biggest driver of species extinction in the world, Foley said.

2. Improve productivity. If we can't expand agriculture's reach, we will have to improve how much food we grow on the land we have. Foley said that right now, most of the research and development funding that goes to agriculture is working on making the world's best farms more productive, rather than improving things at the bottom of the pyramid. Foley said that across the world, there are tremendous opportunities to significantly boost food production without using more land and without harming the environment.

3. Improve resource efficiency. Much of those improvements can come by being smarter with the water, energy and chemicals we use to grow food today. Foley said it takes on average one quart of water to create one calorie of food energy. But that average varies widely: Israeli farmers can grow food with one-tenth the water use, because they use highly efficient drip irrigation. Meanwhile, in very similar climates in northern India or Pakistan, farmers can use 20 to 30 liters of water per calorie. "So between the most and the least efficient producers in the world, there's a 200 to 300-fold difference in efficiency, and there are huge opportunities to be saving water, energy and reducing pollution, while growing the same amount of food," Foley said.

"Numbers four and five [on this list] are the ones that get me into a lot of trouble, where I get death threats and stuff like that," Foley said. "Seriously."

It's not hard to see why:

4. Change diets. In the United States, only about 10 percent of the food grown is for human consumption. The rest is for industry -- biofuels and livestock feed, primarily. "If you look globally, 60 percent of our crops are for humans and 40 percent is not -- we could change that and feed many more people with less environment impact than we do today," Foley said," "but it requires fundamental change at the consumer level, retail level, and all the businesses in between."

5. Stop food waste. Beyond growing lots of food for non-human use, we waste a truly staggering amount of food: Foley said that 30 to 40 percent of the world's food is wasted.

These five steps -- ambitious and world-changing to say the very least -- would together make it possible to double the world's food production and cut the environmental impacts of agriculture by at least half, and Foley thinks reductions along the lines of 80 percent are more likely.

In closing, Foley suggested a new term for how to think about food and farming.

"I think we need to move to an entirely new paradigm about feeding the world, and doing it at the global scale with global strategies," Foley said. "Instead of calling it agriculture, which we've had for 10,000 years, maybe it's time for something new, what I like to call terraculture, or farming for the whole planet."

Can we continue to feed the world while doing less harm?

Why organic food isn't as green as you think