As part of the zero-waste commitment for its manufacturing operation, PepsiCo's agriculture team in Turkey invested in anaerobic digestion technology several years ago to handle the organic waste created there.

It is fed by a mixture of potato peels, corn kernels and other ingredients used in the company's snack foods.

Today, the biogas generated by that equipment covers approximately 35 percent of the electricity needed to run its two Frito-Lay snack food plants there.

What's more, PepsiCo figured out a way to turn the nutrient-rich digestate created during the process into a more environmentally friendly fertilizer, which it is now supplying to its more than 350 contract farmers in the country. The idea was a collaboration between the manufacturing team, which was trying to find a better way to dispose of the biodigester waste, and PepsiCo agricultural advisors, who were trying to reduce the negative impact of soil additives used to grow potatoes.

"As the team was thinking about what to do with the sludge, another team was looking for new fertilizer approaches that were more sustainable," said Ece Aksel, general manager of PepsiCo Turkey. "Together, they found this process." 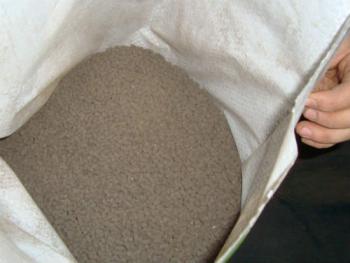 The pilot test of this began roughly two years ago, when the organization began working with prominent scientists to come up with a natural fertilizer formulation beneficial for potato crops. The result is an organic meal that comes in pellet form.

To produce the substance, the PepsiCo plants ship the sludge to an external partner, which composts it for about three weeks to dry it out. Next, nutrients are added and the pellets are produced, packed into bags and shipped to farmers.

The approach helped the plants reduce the operations costs related to the biodigester, because it doesn’t have to pay someone to dispose of it (as it did previously), and it also doesn't have to invest as much in chemical fertilizers intended for the farms, Aksel said.

That balance was necessary to greenlight the project. "It is imperative that by caring, we ensure that our company is financially successful and environmentally responsible at the same time," she said.

Photo of Ece Aksel via PepsiCo

How to make wealth from waste on a crowded planet

Pepsi Steps Up Water Commitment with Focus on Chinese Farms

How Sacramento takes food waste from tables to gas tanks