GreenBiz 101: What do you need to know about microgrids?

GreenBiz 101: What do you need to know about microgrids?

In the early days of electric service to homes, financier J.P. Morgan wanted electric light so badly he asked Thomas Edison to install a “miniplant” to generate power for his Madison Avenue home. A few years later, Edison flipped the switch on the Pearl Street station in lower Manhattan which provided electricity to only about one square mile.

Now, the electric grid is going back to its small-scale roots. Microgrids have become one of the hottest topics in the energy industry because they could transform the energy system from its current centralized model to a distributed structure with better reliability and efficiency. To tell you what you need to know, we offer this explainer.

A microgrid is a system that serves a specific energy consumer. Microgrids can have on-site energy generation and can operate both connected to and independently from the grid at large. They can take many sizes, ranging from a university campus or military base to an individual home. A microgrid differs from distributed energy, such as a rooftop solar array, in its ability to “island” itself from the grid. That is, the local energy source can operate autonomously to power local buildings.

Why would anyone want a microgrid?

The main reason is to be in control of one's own energy system. For example, going into island mode has clear benefits during a power outage. During Hurricane Sandy, which caused outages at millions of locations, a number of microgrids were able to stay online and provide electricity and sometimes heat, even if only just to essential locations. The desire for more resilient systems and the ability to stay online during prolonged outages is a major motivation for investing in microgrids, but not the only one. 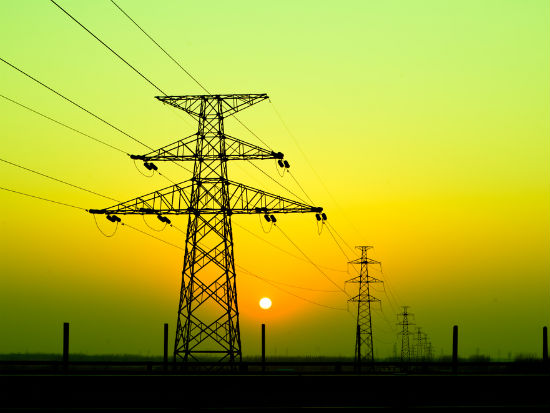 Microgrids also can improve the energy efficiency of buildings and lower their environmental impact. For example, the Santa Rita jail microgrid in Alameda County, Calif., uses on-site solar, wind and a fuel cell, which is less polluting than drawing power only from the grid. Also, natural gas generators that supply both heat and power are a very efficient use of energy, compared to transporting electricity from big power plants. Some companies are exploring microgrids as part of sustainability initiatives to demonstrate leadership in renewables and advanced energy technologies, said Edward Krapels, CEO of Anbaric Transmission, which develops microgrids.

What about the cost?

They're not cheap, but they can pay for themselves over the long term. Obviously, installing on-site energy systems entails a cost, but microgrid owners report that over the long term, their energy costs can be more predicable and lower. One of the most well known microgrids is at the University of California in San Diego, which says it saves between $800,000 and $850,000 per month using a combination of a giant fuel cell and 3 megawatts worth of solar power.

A microgrid also can be an active participant in the operation of the local grid, providing services that allow companies to monetize their on-site energy assets. For example, the FDA has a microgrid facility (PDF) that earns money with the local utility by providing “spinning reserve” services, or having generators available to meet spikes in demand on the grid. It also lowers electricity use during peak times, such as very hot summer days when demand is high from air conditioning, which lowers its energy spending.

Still, not all tenants own their building and can take a long-term view of their energy costs. That’s why much of the activity in microgrids is with universities and institutions, says Krapels. Once project developers create templates for financing microgrids, much the way solar arrays are financed by banks, more commercial customers likely will buy in, he says. The costs of building a microgrid likely will go down over time as project developers gain experience and the components of common microgrids — solar panels, batteries, control systems — go down in price from higher sales volume and technical improvements.

What technologies are used in a microgrid?

There's a mix but a few key pieces are emerging. In addition to local power generation, microgrids require some sort of control system and can have energy storage, such as batteries. A control system is vital to ensure that excess electricity that’s generated locally is fed to the grid safely or that a microgrid goes into island mode smoothly. Increasingly, technology companies are developing “dashboards” that automate many tasks, such as participating in demand response programs and forecasting energy requirements for facility managers, said Krapels.

What are some places where microgrids have good potential to grow?

Energy users that value reliability are the prime candidates for microgrids. Hit hard by a string of storms the past five years, states in the east coast of the U.S., including Connecticut and New York, have incentive programs to deploy microgrids to improve grid reliability. California recently put in place an energy storage program, which could create financial incentives for microgrids. 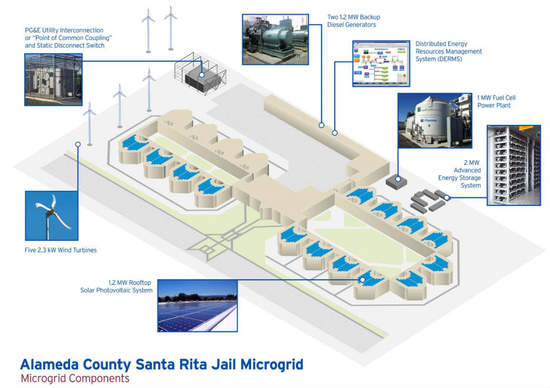 Island nations are also projected to be early customers of large-scale microgrids because they typically generate electricity with diesel generators, which is expensive. Navigant Research forecasts that the U.S. will fuel most growth in microgrids this decade while Europe, which has a more reliable grid, will lag. It predicts growth from 685 megawatts last year to five gigawatts by 2020.

What’s the role of utilities in microgrids?

At this point, that's an open question. Given that microgrids are relatively new, how utilities will participate likely will vary state by state. Utilities play a crucial role in managing the interconnection between microgrids and the grid at large, Krapels noted. Some forward-looking utilities already have explored new business models, such as running microgrids on behalf of customers, but other utilities will resist the trend, he predicted.

Microgrids face technical, finanical and regulatory hurdles to adoption. Introducing technologies at odds with the existing business models of utilities is fraught with challenges. As we've seen over the debate over net metering and distributed solar, utilities and regulators are asking how utilities will fund investments in the power infrastructure if customers buy less energy from the grid.

Also, a microgrid can provide more reliable power but few businesses are used to placing a financing value on reliablility, which can make justifying these investments tricky, experts say. Finally, a number of technical challenges remain in making products from multiple companies operate smoothly in a microgrid. "Once you start diving down into the technology, it becomes very difficult," said James Galvin, a program manager from the U.S. Department of Defense's Technology Certification Program, who is working on a large microgrid at a military base in Miramar, Calif.

Does your company want a microgrid? Hitachi has these tips

How 3 states are moving forward with microgrids