The next time you're standing outside of the lunchroom at your office, try out this riddle with coworkers who pass by:

Which commodity is worth $50 billion per year, is used in half of all packaged goods, is a larger source of fat than butter and margarine combined in the U.S., and accounts for approximately 4 percent of worldwide carbon emissions?

If any of your colleagues correctly guess "palm oil," give them a gold star or — more relevant to the riddle — a cookie. The odds are that no matter which brand of cookie you select, palm oil will be a key ingredient.

As the most widely used vegetable oil in the world, palm oil is in everything from baked goods to cosmetics, and the industry employs some 6 million people around the world. In fact, palm oil actually uses much less land than alternatives such as soybean and canola.

Given the necessity and value of palm oil, even some of its loudest critics aren't calling for an end to this commodity. But the reality is that palm oil production continues to have a devastating effect on forests and on the rest of the world. In fact, at least 30,000 square miles of tropical forest — an area bigger than Massachusetts, Vermont and New Hampshire combined — has been cleared to accommodate palm oil plantations in the past two decades.

The high price of palm oil

About 85 percent of palm oil is grown in Indonesia and Malaysia, where palm oil production is a leading driver of deforestation. Deforestation accounts for about 10 percent of all global emissions contributing to climate change. In fact, due to high levels of deforestation and conversion of carbon-rich peatlands, Indonesia — despite only being the world's 16th largest economy — was ranked the third largest emitter of greenhouse gases globally.

In addition to its role as a major contributor to global deforestation and carbon pollution, the palm oil industry is plagued by other pressing issues such as child labor, slave labor, habitat destruction and threats to endangered species such as orangutans.

Awareness of palm oil risks has been growing rapidly across the business, investor and activist communities over the past decade, yet progress on verifying real improvements has remained elusive due to the complex nature of the palm oil supply chain, which requires full transparency — as well as accountability at the farm, supplier and corporate levels. A number of commitments this year by major international brands and their suppliers, however, could mean the tide is turning toward more sustainable palm oil. 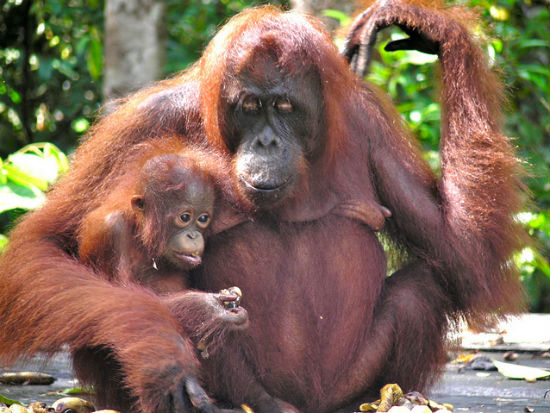 The global palm oil trade is dominated by a half dozen major traders (who are often major producers as well) that control the world's flows of palm oil. In other words, if major traders commit to providing fully traceable, deforestation-free palm oil, we could see the necessary shifts toward responsible palm oil production taken to scale.

Investors engaged in the issue are working to achieve this through: direct engagements with the traders, urging companies that buy from these traders to put in place strong purchasing policies; urging the palm oil industry to strengthen certification standards to support efforts to end deforestation and protect human rights; and following up with companies to ensure that they transparently report on progress in achieving these commitments.

Here are some of the most exciting trends emerging from the commitments announced so far this year.

2. Suppliers representing 55 percent of the entire palm oil market are stepping up their palm oil commitments, which would bring the impact of corporate efforts to scale. Wilmar's supply chain, for example, represents 45 percent of global palm oil trade. If fully implemented, the company's sustainable palm efforts, in collaboration with key palm oil buyers such as Kellogg's, are expected to eliminate an estimated 1.5 gigatons of carbon emissions — the equivalent of annual emissions from Central and South America combined.

3. Transparency drives accountability. The companies that are serious about sustainable palm oil plan to transparently communicate progress in implementing their commitments to investors, NGOs and the public.

These developments are encouraging, but more consumer brand companies should adopt and implement strong palm oil policies throughout their entire supply chains to bring these positive impacts to scale. Some key metrics that stakeholders are looking for as evidence of company progress include improvements in certification, policies and reporting. 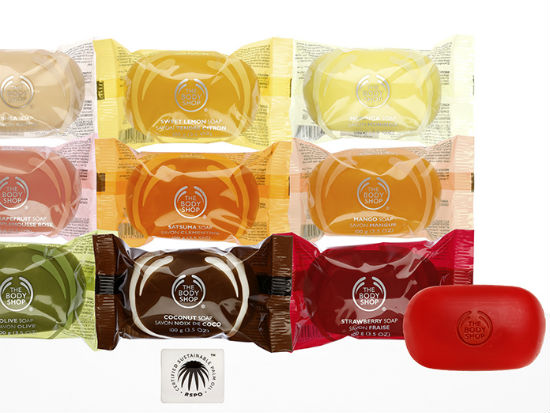 At the planning stages, each company should require a clear policy committing to no deforestation, no exploitation (including protection of human rights, fair treatment of workers and recognizing community land rights), and to a fully traceable and legal supply chain. It should also pursue a plan to achieve 100 percent Roundtable on Sustainable Palm Oil certification and phase out GreenPalm Certificates. Explicit procedures to address and remedy suppliers who demonstrate non-compliance are also necessary. A time-bound action plan for implementing the policy is crucial.

In addition to pushing for more companies to adopt and implement strong palm oil policies in the coming months, it is essential for those who already have made commitments to deliver on those promises. Through public reporting and by tracking against measurable goals, companies can demonstrate that they are leading the way toward building a more sustainable palm oil industry.

Top image of palm fruit by Humberto Moreno via Flickr.