Unmanned aerial vehicles — or drones — are associated mostly with military operations in remote parts of the world. That’s not surprising, considering their far-reaching impact in the global theater of war.

But like many technologies originally developed for defense — such as jet engines, the Internet and GPS — the possibilities for drones also go well beyond the military-industrial complex.

In a memo (PDF) issued July 8, the Federal Aviation Administration clarified the agency’s ongoing ban on the use of drones for business activities without its explicit approval. Its rule-making, expected as early as 2015, is likely to usher in an abundance of unmanned airborne commercial activity.

Driven by entrepreneurial spirit, international markets and a few FAA-approved projects, the following eight companies already provide a glimpse into the future use of drones to achieve sustainable business objectives.

Building on its history as a big supplier of small drones to the Pentagon, AeroVironment’s “Puma” system last month became the first unmanned airborne vehicle approved by the FAA for over-land commercial activity in the United States.

While BP Exploration Alaska Inc.’s deployment of the Puma drone to enhance its extraction of oil in Prudhoe Bay may not conjure images of sustainability, AeroVironment’s chief executive, Tim Conver, claimed the system “is now helping BP manage its extensive Prudhoe Bay field operations in a way that enhances safety, protects the environment, improves productivity and accomplishes activities never before possible.”

The small and silent solar-powered drone is well suited for operations in “highly sensitive ecological areas,” according to the company, and has “demonstrated the ability to support wildlife protection, ice floe monitoring, search and rescue and oil-spill response.”

In a July 8 conference call with investment analysts, Conver called the FAA’s approval of its drone for BP’s North Slope oil business “a milestone for AeroVironment and for the industry.”

Amazon has been developing its drone-delivered Prime Air service with the goal of flying packages to its customers in 30 minutes or less. The Seattle-based company envisions a future with fleets of drones “as normal as seeing mail trucks on the road today,” and said it will be ready to launch commercial deliveries by the time the FAA rules are in place.

Compared to conventional deliveries by truck today, drones could enable much faster and cleaner Amazon deliveries. Given Amazon’s vast reach, the fuel savings could be immense. 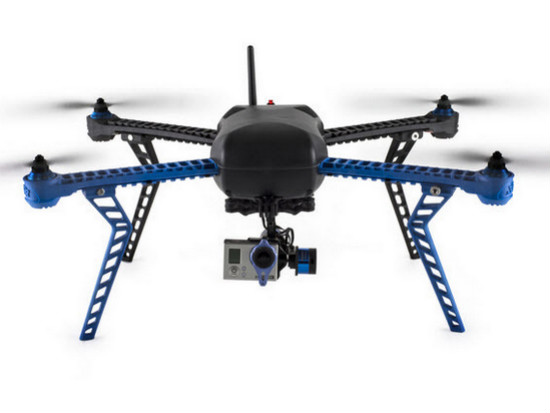 The Scottish company already operates a fleet of drones for industrial inspections and land surveying on behalf of energy companies in the oil and gas sector and electric power supply in Europe, the Middle East and other locations. Health and safety are among its chief advantages.

In the utility industry, for example, Cyberhawk uses drones to inspect power lines, transmission and distribution towers, wind farms, hydroelectric dams and other assets where workers otherwise are exposed to the danger of height.

Based in Oregon, HoneyComb is launching its “AgDrone,” which looks somewhat like a miniature stealth bomber, to supply aerial imagery for “precision agriculture.” The young company uses data analytics to take measurements, monitor irrigation systems and assess the growth and health of crops.

Although the system was designed for agriculture, HoneyComb also is targeting forestry, surveying, wildlife monitoring and other uses.

A wholly owned subsidiary of Boeing, the world’s largest aerospace company, Insitu appears well on its way to replicating its parent’s pioneering ways — albeit in much smaller dimensions — with its suite of unmanned aircraft systems for land and sea operations. While defense remains a central focus, Insitu’s emerging commercial business segment is developing drones to monitor fish, marine mammals and arctic ice floes, survey pipelines, inspect power lines and assist with forest fires.

In September, in an FAA-approved pilot project, ConocoPhillips used four Insitu drones in the Arctic Circle to conduct marine mammal and ice surveys required before drilling on the ocean floor. 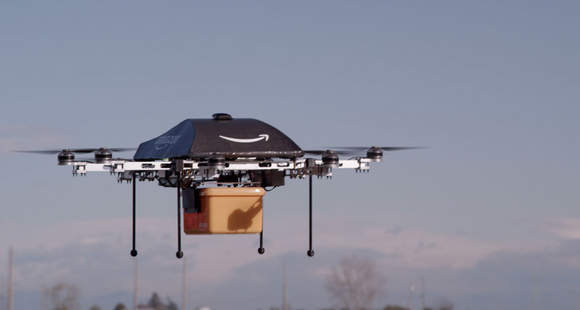 As a part of Boeing, Insitu is positioned to roll out its drones in a big way for U.S.-based businesses once the FAA completes its rules. The company also is targeting Asian-Pacific markets with its Australian subsidiary.

The Palo Alto, Calif.-based start-up has a catchy motto: “No roads? There’s a drone for that.” Its focus is using networks of drones to supply only the most critical products — such as food and medical supplies — to areas that do not have decent transportation infrastructure to deliver such essentials.

In 2012, the company initiated field trials in communities in Haiti and the Dominican Republic that have been rattled by earthquakes and hurricanes.

In solar, where the company has worked with power-plant specialist First Solar Inc. and residential solar services provider SolarCity Corp., Skycatch says it can eliminate manual inspection of massive solar farms with millions of photovoltaic (PV) panels and spread across square miles of terrain. In doing so, the company says it can identify problem panels in 90 percent less time than normally required by equipping its drones with advanced thermography to perform diagnostics.

This New Mexico-based company was purchased outright by Google in April. Although it conceded, “It’s still early days for the technology we’re developing,” the start-up has revealed several areas of focus for its autonomous solar-powered drones, such as “providing Internet connections in remote areas or helping monitor environmental damage like oil spills and deforestation.”

CEO Chris Anderson, former editor-in-chief of Wired magazine, co-founded 3D Robotics in 2009 with fellow tinkerer Jordi Munoz. Anderson originally got into drones for fun with his kids. He took a deeper dive in his DIYDrones blog, which has grown to become the primary online community for drone enthusiasts. The Berkeley, Calif.-based company believes in both open hardware and software, and its technology is used in farming, ecological study and construction. Its product lineup includes the $750 Iris "quadcopter", which works with GoPro cameras.

Learn more about drones and sustainability, from Chris Anderson of 3D Robotics as well as Matternet co-founder Paolo Santana, at VERGE SF 2014, Oct. 27-30. This story has been updated with details about 3D Robotics. Top image: a Go Pro camera mounted on a drone hovers in the sky of Palo Alto, Calif., by Don McCullough.

Why drones can be a boon for wind and solar

Drone use takes off in agriculture