Editor's note: To read all our coverage of Greenbuild 2009, visit GreenerBuildings.com/Greenbuild2009.

Nobel Laureate and former vice president Al Gore welcomed thousands of building professionals to Phoenix, praising the U.S. Green Building Council, its members and attendees of the eighth annual Greenbuild conference for being the vanguard of the movement to green the world's buildings.

"You all are really leading this charge for a sustainable future on behalf of our children and grandchildren," Gore told the crowd at Chase Field Wednesday night at the close of the first full day of the conference. "This movement is growing by leaps and bounds within this country and all over the world."

Gore laced with his nearly 30-minute address to the crowd with his trademark self-deprecating humor. At first, his keynote talk was more of a chat with the green building faithful than a speech. Then in recapping the successes and challenges of the past year in efforts to address climate change, both his tone and his message became more urgent as he looked to the work still ahead.

"We still have a climate crisis, an economic crisis and a national security crisis ... they are united by the thread of dependence on carbon-based fuel, you pull that thread and the crises unravel," Gore said.

He also emphasized the role that individuals can play in driving that shift by pressing lawmakers to adopt the climate change legislation that's now in the  U.S. Senate, and by signaling that the country "must do the right thing" in the international climate talks next month in Copenhagen.

"Ladies and gentlemen we have everything we need to solve these crises," Gore said. "We have all the tools, we also have a lot of people who are willing to be a part of the change by speaking out.

"We have everything we need -- with the possible exception of political will. But I believe in my heart that we're going to solve this, because in the United States of America political will is a renewable resource."

USGBC President, CEO and Founding Chair Rick Fedrizzi (pictured left) set the stage for Gore by welcoming Greenbuild participants, now estimated at 28,000, and calling upon them to view their work as part of the effort to mainstream green -- a reflection of this year's conference theme, "Main St Green" -- in the U.S. and beyond.

"Welcome to all 28,000 of you who didn't get the memo that we're in the worst economic recession of all since the 1930s," Fedrizzi said.  "Good for you, you're not buying into it.

"Last year in Boston, we rallied around the idea that we were in the midst of a full-blown green revolution. The green revolution, by virtue of what we do, affects everyone everywhere. Our movement has reached not just the tipping point but the leverage point." 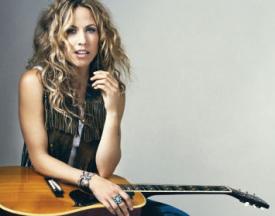 To underscore the global effort, almost a dozen leaders of the growing World Green Building Council's member nations took the stage in succession to salute efforts in this country and abroad. They included the heads of green building councils in Australia, the United Kingdom, South Africa, Canada, New Zealand, Germany, Italy, India, Mexico, Taiwan and Brazil.

Nine-time Grammy winner and environmental advocate Sheryl Crow, rounded out the evening with an hour-long concert and an encore.

Her appearance and Gore's marked the first time that Greenbuild had staged a double-headliner. It melded the convention's keynote plenary with its Day 1 celebration and presented the combined event, which was sponsored by the firm Kohler, at a sports stadium  — the biggest venue available to accommodate the crowd and its festivities.

Images courtesy of the USGBC.

Greenbuild 2009 Blazes a Trail to the Southwest

Taking the Rose-Colored Glasses Off the Green Building Movement

Sheryl Crow to Take the Stage at USGBC's Greenbuild Conference