While the latest toy tests for HealthyStuff.org show some kid's products contain high levels of lead and other toxins, they also show the number of toxic toys being discovered has steadily declined over the years.

For the past three years, the Ecology Center has tested kid's toys, clothes and other products for lead, cadmium, mercury, bromine, chlorine (PVC) and arsenic. And while year after year the results, posted on HealthyStuff.org, always find some products with extremely high levels of toxins, they also have been finding more and more safe toys.

From 2007 to 2009, the Ecology Center has tested more than 4,000 toys, and the number of toys that exceed the current limits for lead content in the U.S., 300 parts per million (ppm), have gone down 67 percent since 2007. In the same time period, lead-related toy recalls by the Consumer Product Safety Commission have gone down 78 percent. 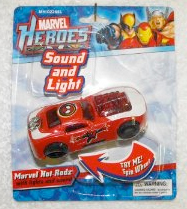 For 2009, the group tested 737 products and found that 68 percent, more than two-thirds, did not contain any of the toxic substances. Last year's tests, which looked at 1,500 items, found only 21 percent completely free of toxins. While only one-third had significant levels of toxins last year, the majority of items contain at least one of the chemicals.

The Ecology Center tests products by using a portable X-ray fluorescence analyzer, which identifies the elemental makeup of materials. Although the website divides products based on the level of chemicals (none, low, medium, high) they contain, it does not provide a measure of the health risk or exposure from products. 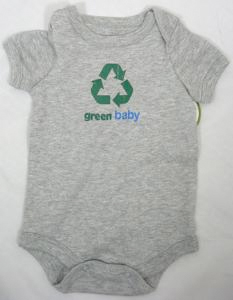 Lead was found in 18 percent (119) of the toys tested, with 3 percent (17) exceeding the 300-ppm limit set by the Consumer Product Safety Improvement Act. A Dora the Explorer activity tote (above left), for example, contained 5,680 ppm of lead on its orange vinyl part and 1,411 ppm on the backing, and a Marvel Heroes Spider-Man car (above) contained 1,940 ppm of lead.

The law also set limits in phthalates, which are used to make soft plastic like PVC. The Ecology Center tested toys for chlorine content, which indicates PVC, finding 42 percent (about 310) contained PVC, a figure that has remained steady every since 2007. The same Dora the Explorer tote mentioned above also contained about 500,000 ppm of chlorine on three parts.

A "Green Baby" infant shirt (left) had elevated levels of both chemicals as well, with 1,401 ppm of lead and 104,414 ppm of chlorine found on its screen printing.

Caution tape - http://www.flickr.com/photos/pictureperfectpose/ / CC BY 2.0; all other images from HealthyStuff.org

Toxins Present in One-Third of Toys