At a much-buzzed event yesterday at eBay's campus, Bloom Energy unveiled its Energy Server, a devices that could change the shape of how companies and municipalities get their energy.

The Bloom Boxes work by taking in fuel of any type -- such as natural gas or renewably generated electricity from wind or solar -- and transforms it through an electrochemical process at very high heat into electricity. Bloom Energy's solid-oxide fuel cells are an important innovation in the technology, as they use low-cost, common materials for the fuel cells themselves, rather than the rare or potentially hazardous materials found in more traditional fuel cells. 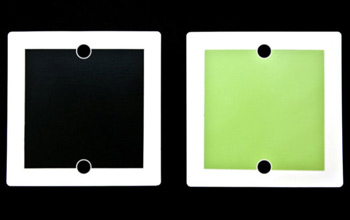 The event brought together some of the leading lights of the political and corporate community in California. The state's governor, Arnold Schwarzenegger, was on hand for the launch, as was former U.S. secretary of state Colin Powell, John Doerr of heavyweight venture capital firm Kleiner Perkins Caulfield & Byers, and representatives from some of the world's biggest brands.

Among the first companies to install Bloom Boxes at their facilities are eBay, Coca-Cola, Walmart, Google, Staples, FedEx, and Cox Enterprises. Coca-Cola has installed five boxes at its Odwalla plant in Dinuba, Calif., and expects to power them with biogas, reducing the plant's greenhouse gas emissions by 35 percent.

eBay has been running five Bloom Boxes on its campus in San Jose for seven months; while the company is currently using natural gas to power them, the company's green team director, Amy Skoczlas Cole, explained that eBay has almost finished the process to use biogas to power the boxes. 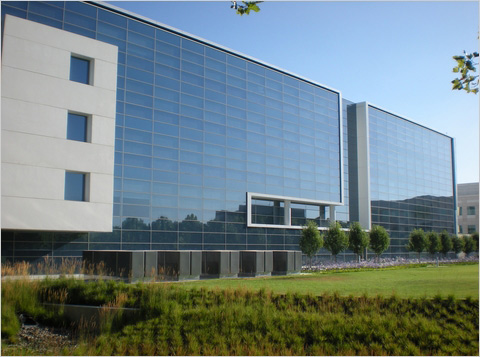 While the Energy Servers carry a high price tag -- $700,000 to $800,000 per box -- Bloom Energy predicts, and Skoczlas agrees, that the boxes will pay for themselves in as little as three years. The small physical footprint of the boxes is also a big draw.

{related_content}Two years ago eBay went live with Silicon Valley's largest solar system, measuring 60,000 square feet, but the company has run out of roof space for any additional solar installations, so the 5,000 square feet required by the Bloom Boxes is an easy fit.

Despite the small size, the Energy Servers have a big impact: the five boxes generate 15 percent of the company's energy, while the solar panels generate 18 percent. Factor in variance in solar power productivity on cloudy days, Cole said the Bloom boxes -- which run 24 hours a day -- actually generate five times as much energy as the solar installation.

In the near future, Bloom Energy will unveil the technology to power the Energy Server with solar- or wind-generated electricity, making zero-emission power a possibility for companies that invest in the boxes. Until then, the company touts the savings from on-site electricity generation, which reduces the at-times-significant loss of energy over traditional transmission lines.