Two awards recently bestowed on companies and organizations around the globe highlight new levels of sustainability for fish and fowl alike.

Well, not strictly fowl, but it's a start: Stewart's Butchers in Northern Ireland was voted the U.K.'s greenest butcher during the kickoff to National Butchers' Week, a promotion created by the Meat Trades Journal to promote the profession.

And the Stewarts' shop, run by Gabriel and Sheila Stewart, has adopted a number of green practices, including local sourcing of all its beef, pork, lamb and poultry; venison stocked from culls of local wild herds, and composting all its kitchen waste and office paper to grow produce and herbs for the store's home-cooked items.

The butcher shop is also sourcing their energy from local wind power, strategically placing its refrigeration units to provide heat for parts of the building, and encouraging local produce sellers to combine their deliveries to reduce the road miles traveled from farm to shop. 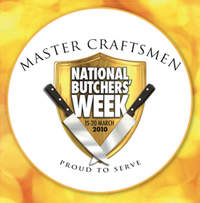 Gabriel, whose store nestles in the heart of the rural County Fermanagh town, said: "We take our commitment to being a sustainable business very seriously and our motto is 'Reduce, Re-use, Recycle,'" Gabriel Stewart told the Meat Trades Journal. "Our customers seem to appreciate the efforts we are making and we are constantly looking at ways to improve our environmental record. It's something we take very seriously."

Also this week, the Seafood Choices program created by environmental group SeaWeb announced its fourth annual Seafood Champions Awards to companies and organizations that have made responsible seafood selections a cornerstone of their offerings.

The winners of this year's awards are: 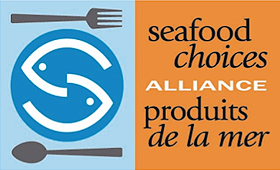 "Each of these Seafood Champions have made real and meaningful impacts in the area of seafood sustainability," Ned Daly, North American director for Seafood Choices, said in a statement. "The innovation and passion that each of our winners bring to the industry sets them apart from their peers -- while at the same time established the benchmark toward which others in the seafood industry can strive."

Food issues have been in the spotlight for some time, of course, and with the possible exception of organic and local foods, seafood has been at center stage. In early 2008, Seafood Choices released a survey that found widespread adoption of sustainable seafood procurement, while at the end of 2008, Greepeace released a scorecard ranking retailers' seafood purchaing practices, finding Whole Foods, Ahold USA, Target, and Harris Teeter as the only firms with acceptable seafood practices.

In September 2009, Sodexo announced that by 2015 it would only sell wild-caught seafood, and Stop & Shop had begun using experts from local aquariums to help shape their sustainable seafood purchasing.

It's all hands on deck to save seafood supply chains

Sodexo Commits to 100% Sustainable Seafood by 2015