Sixty-two General Motors plants are now zero waste facilities by recycling or reusing more than 97 percent of the materials left from the manufacturing process that would otherwise be sent to landfills, the company said.

The roughly 3 percent of remaining manufacturing waste is converted to energy at waste-to-energy facilities to help replace fossil fuels, GM said in a recent announcement.

GM wants half of its major manufacturing facilities worldwide to attain zero-waste status by the end of this year. The achievement by the 62 plants brings the firm within 87 percent of its 2010 goal. Overall, 43 percent of GM's manufacturing sites are now zero waste.

The sites attaining zero waste status include assembly, powertrain and stamping facilities. There are:

The zero waste initiative is the latest of the company's stepped up efforts to make its facilities and operations more environmentally responsible. GM projects that this year its zero landfill sites will recycle: 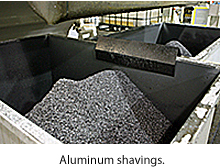 In addition zero waste programs for manufacturing plants, GM facilities worldwide recycle 90 percent of the waste they generate, the company said. All told, those efforts will prevent more than 3 million metric tons of carbon dioxide-equivalent emission reductions this year, according to GM. The results of the programs are expected to include the recycling and reuse of more than 2 million tons of waste materials and the conversion of a further 45,000 tons to energy at waste-to-energy facilities.

For example, aluminum shavings from machining operations are collected, as pictured above, and reused at GM foundries to make new transmission parts. Other materials that are recycled, reused or repurposed include: 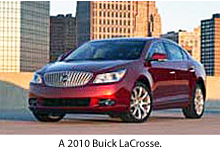 The company said it is always looking for ways create closed loop processes for materials that would otherwise become waste during manufacturing processes. The firm pointed to the headliner of its 2010 Buick LaCrosse as an example. The substrate (the backing) of the headliner is made from recycled cardboard shipping containers from one of the company’s stamping plants.

The U.S. Environmental Protection Agency has recognized GM's efforts by inducting the company into the EPA WasteWise Hall of Fame. More information about GM's environmental campaign are available at www.gm.com/corporate/responsibility/environment/facilities

Why Every Company Should Examine Its Trash