Belgium is considering whether to allow a new method of disposing of human remains that is being billed as a greener, less carbon-intensive alternative to cremation.

Funeral directors in northern Belgium want the country to give the green light to resomation, a water and alkali-based process that turns bodies into a mix of liquid and minerals. Resomation uses less energy than cremation and emits significantly fewer greenhouse gas emissions.

The process, which is legal in six U.S. states, leaves behind liquid and soft bones, according to the Daily Mail. The bones can be crushed into a powder that can be recycled in waste streams or put into urns for family members, similar to what is done with conventional cremation ashes. The liquid remains contain no DNA and could potentially be disposed of through local sewer systems, Marketplace reported. 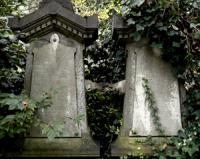 Companies have explored greener funeral methods for years, including recycling programs for embalming fluids and coffins made from environmentally friendly sources, such as recycled cardboard, local wool or organic cotton.

There are several environmental issues surrounding conventional burial methods, as outlined in a recent article in Chemical and Engineering News. For example, bodies prepared for burial are often injected with formaldehyde and other chemicals that could leach into the water table. Cremation, considered to be more environmentally friendly, requires a large amount of fuel to sustain the high temperatures needed for the process, generating an average of 573 pounds of carbon dioxide emissions for one body.

Cremation, however, also releases mercury emissions into the atmosphere from dental fillings. The U.K. government predicted cremations would comprise the largest single source of mercury emissions by 2020 without regulations. 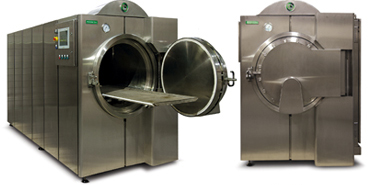 Resomation, developed by Scottish company Resomation Ltd., calls for a temperature of 180 degrees Celsius, 80 percent cooler than a standard crematorium. At least three resomation machines (pictured left) have been sold to clients in the U.S.

There is also an even cooler process called aquamation that is making its debut this week in Australia.

Aquamation Industries announced Thursday that its aquamation unit will be declared operational today, in which a body is placed in the stainless steel tube, filled with potassium-enriched water heated to 93 degrees, and swirled around for four hours, the Brisbane Times reported, "as though it were inside a giant washing machine."

Lessons from Deathcare: The Greening of the American Funeral Home