With the new school year underway, efforts to create green campuses and curricula have gone into overdrive with the emergence of several new programs, projects and resources.

The center is the latest dimension of the USGBC's work toward its goal of "ensuring everyone has the opportunity to attend a green school within this generation." The council's efforts include its Green Schools Program and its partnership with the Earth Day Network in the National Green Schools Campaign. 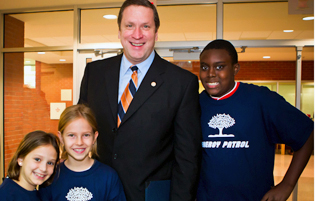 "At USGBC, we understand the profound impact green buildings have on our lives and the innovation they have poured into the marketplace, and we believe no other market speaks more powerfully to the benefits and potential of green buildings than our schools," USGBC President, CEO and Founding Chair Rick Fedrizzi said in a statement.

"The Center for Green Schools at USGBC is engaging educators in creating sustainable learning environments for their students and applying solid research to inform leadership -- from school boards to college presidents -- about the benefits of healthy, high-performing schools."

United Technologies Corp. is the first founding sponsor for the center and has made a multi-year, multimillion-dollar financial commitment to the initiative, USGBC and UTC leaders said.

Schools registered in or certified by the LEED system represent over 200 million square feet of floor area. LEED schools typically use 30 percent less energy and water on average and reduce operating costs by nearly $100,000 per year.

Serious Materials, the National Wildlife Federation and green schools pioneer Jayni Chase, who also is a member of the Center for Green Schools Advisory Board, have joined forces in the Energy Efficient School Initiative.

Announced at the Clinton Global Initiative annual meeting last month in New York, the partnership seeks to knock down barriers to energy efficiency in U.S. schools. Their solution: retrofits and engaging students in hands-on application of science, technology, engineering and math (STEM) to help the process along.

Students are to produce energy models, decide on alternatives and savings, learn about conservation and efficient technologies and more as part of the initiative that seeks to retrofit 500 schools across the country over the next two years.

ZETA Communities is putting a 21st century spin on the "little red schoolhouse" concept by bringing its expertise in creating modularly built, net zero energy structures to the world of education.

The firm, which like Serious Materials is a company incubated by Silicon Valley business leader and futurist Marc Porat, took the wraps off three sustainable schools projects this week. 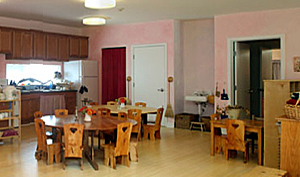 The first was a three-building 4,000-square-foot project that resulted in a new kindergarten, office and multi-purpose building for the Davis Waldorf School (pictured right and at the top of the page) in Davis, Calif. The buildings, designed by Sustainable Education Environments Delivered, were constructed off-site at ZETA's factory in four weeks.

The other projects are:

For those in higher education, Green Campus Builder, a Second Nature initiative, published an online curriculum resource for teaching college students about sustainable building. The strategy paper, "Advancing Education for Sustainability: Teaching the Concepts of Sustainable Building to All Students," is available at www.campusgreenbuilder.org/Curriculum.

In a public-private partnership, PsomasFMG has started construction on one of the larger school solar photovoltaic installations in the U.S. and what for now is the largest in California. When complete, the $52 million project will place solar power systems at 10 campuses in the Antelope Valley Union High School District. The carport installations are to involve 41,000 solar panels, total 9.6 MW, provide 80 percent of the district's energy needs and shade parking spaces for about 4,000 faculty and student vehicles.

The Sun Rises on Green Schools