Rupert Murdoch revealed today that his media empire achieved its goal, set nearly four years ago, to become carbon neutral by the end of 2010.

"I am proud to announce that News Corporation has reached its first major sustainability milestone: We have become carbon neutral across all of our global operations and we are the first company of our kind to do so," Murdoch wrote in a memo sent to News Corp. employees. "We made a bold commitment in 2007 to embed the values of energy efficiency and environmental sustainability into all of our businesses -- for the benefit of our communities and our bottom line."

Making News Corp.'s operations more efficient will save the company millions of dollars, Murdoch wrote. Just consolidating its data centers will save News Corp. $20 million a year and reduce related emissions by 15 percent once fully implemented.

The investments in energy efficiency yield an average of $180 per ton of carbon avoided, according to Liba Rubenstein, the company's global energy initiative director. That can add up when you consider that News Corp.'s absolute emissions in fiscal year 2010 were 2 percent lower than 2006 levels, and 9 percent lower than peak emissions in 2008. The company offset 110 percent of its FY 2010 carbon footprint by investing in emissions reduction projects that include capturing landfill gas and destroying potent refrigerants.

Rubenstein's team will now work toward a series of measurable 2015 goals, including:

• Reducing absolute greenhouse gas by 15 percent, compared to 2006 levels
• Reducing greenhouse gas intensity by at least 15 percent
• Investing in clean energy equal to 20 percent of electricity used
• Engaging its 100 largest suppliers on improving their environmental impacts
• Measuring its waste footprint and developing a strategy to reduce it

• Power all of its operations with clean energy
• Grow its business without growing its greenhouse gas emissions
• Minimize the amount of solid waste sent to landfill from its production operations
• Continue to engage its readers, employees and customers on sustainability

Although carbon neutrality wasn't meant to be an indefinite commitment, Rubenstein views carbon offsets as a likely component of its ongoing climate strategy.

Carbon offsets have generated controversy in the time since News Corp. announced its carbon neutral goal in 2007, when it was something of the commitment du jour. Talk around carbon neutral has dwindled -- and some like Nike and Yahoo have even abandoned these goals altogether -- but at the time, other high-profile companies joining News Corp in making similar commitments included Timberland, Google, Dell, Kohl's and CB Richard Ellis.

"It was important for us to fulfill the target," Rubenstein said. "It was not intended to be the end-all, and it's not the only thing we've been pursuing, but it's been incredibly useful for us to get everyone to work together for a single goal." 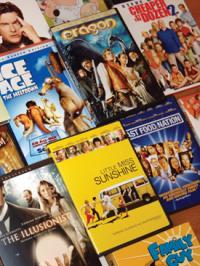 The initiative inspired the company's business units to get creative. Its News Unlimited arm in Australia, for example, developed an internal brand and program called One Degree that helped reduce its carbon footprint by 18 percent. Fox Home Entertainment joined forces with Walmart to make DVD packaging lighter, which helped to reduce raw material and transportation emissions.

The initiative also launched a series of efficiency projects that, as Murdoch noted, delivered a return on investment of less than two years. Such a fast ROI seemed unbelievable in the case of a massive solar energy system being built at a Dow Jones campus in New Jersey (pictured above). The project will supply up to half of the site's energy needs when completed and will be the largest system at a single commercial site in the U.S.

"Even with global energy initiative in place and the strong business case, the reason it took so long to get the project going is because the numbers were too good," Rubenstein said. "No one in finance could really believe an investment of that scale could pay off so quickly."

It's hard to ignore the fact that while News Corp. plugs away at reducing its carbon footprint, the climate change issue is routinely met with skepticism at the Fox News Network. That isn't likely to change.

"We're not a monolith," Rubenstein said. "Our corporate commitment from an operational and business leadership perspective doesn't bring with it an editorial mandate."

Want to move beyond spreadsheets to manage carbon data but are confused by the large number of vendors? Groom Energy and Greenbiz.com have teamed up for the 2011 Enterprise Energy and Carbon Accounting Buyers Guide to give you a clear understanding and analysis of this rapidly expanding market based on meetings, demos, and analysis with 32 software vendors.