How Western U.S. states light the path for renewables

How Western U.S. states light the path for renewables

The western U.S. stands as a leader among states for renewable energy, with nearly one-third of its energy coming from renewables as the national amount hovers above 10 percent.

While states such as California, Arizona and Nevada have an obvious leg up by being home to more solar, wind and geothermal potential, western states also have aggressively set policies that have supported renewables as well as attracted renewable-based companies.

As part of its annual review of renewable energy throughout the country, the American Council on Renewable Energy (ACORE) released the first part of its 2013 update, focused on the western region, on Monday.

The report details how the 13 western states have built up renewables within their borders, what companies and projects they've attracted, and what policies have helped them (or what missing policies are hindering them).

Aside from the clear availability of solar, the region is also well positioned for wind, hydro, geothermal, biomass, biofuel, marine and waste energy. Western states currently account for 65 percent of the country's solar photovoltaic capacity, 86 percent of the solar thermal electric capacity and 63 percent of the U.S.'s hydropower capacity. 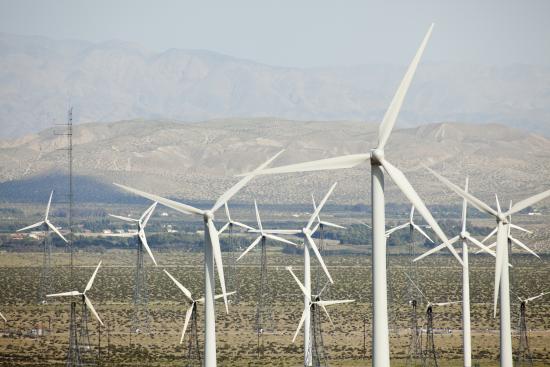 But the mere potential to produce renewable energy isn't enough to make massive change, and the states know that. Out of the 13 states, nine have set renewable energy production mandates and have supported those mandates with additional policies, grants, net metering rules, tax breaks, rebates and loans.

Renewable energy projects by themselves definitely can achieve a lot, but if they remain isolated, they end up only serving in a limited capacity. That's why nearly all the states have enacted net metering policies to bring excess power generated by renewable energy into the grid. Connecting all the disparate solar arrays, wind farms and even residential rooftop solar setups can cause less energy to be lost, because it can be funneled back into the grid.

The states' commitments, combined with the availability of renewable energy sources, helped attract about half of all renewables-focused venture capital, private equity and asset finance investment in the country in 2012.

The report isn't entirely glowing news for the region, though. In Wyoming, no utility-scale renewables projects were built in 2012 because, the report says, the state doesn't have a renewable portfolio standard, doesn't provide financial incentives and has the only tax on wind power generation in the nation.

The report launched along with the Renewable Energy Finance Forum West conference in San Francisco.

To learn more about renewables and the convergence of sustainability and technology, be sure to check out VERGE SF Oct. 14-17.

Is Georgia the next frontier for solar development?