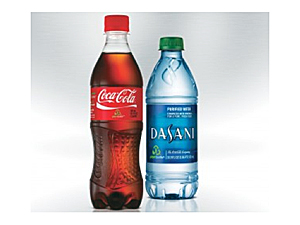 In a podcast interview with GreenBiz.com Senior Writer Marc Gunther, Scott Vitters, the Coca-Cola Company's global head of sustainable packaging, takes the wraps off the company's new PlantBottle, a recyclable PET plastic container made partially from plants. (Gunther's blog on the PlantBottle's development is available at GreenBiz.com.)

Marc Gunther: This is Marc Gunther with GreenBiz.com. I'm joined by Scott Vitters. Scott is the global head of sustainable packaging for the Coca-Cola Company. We're here to talk about the global launch of something called the PlantBottle. Scott, let me start by just asking you what is the PlantBottle? What is its significance?

Scott Vitters: Well, thanks, Marc. It's great to be here. We are really excited to be continuing our legacy of enhancing and having a commitment to enhance the sustainability of our packaging, this next major step, with the debut of PlantBottle. PlantBottle is our first generation recyclable PT plastic made partially from plants.

MG: So it's a PET bottle. That means it's similar to the bottles we're all drinking beverages out of today. Correct?

SV:    Is it exactly the same, because it is PET. Same quality in terms of holding carbonation or a still water beverage. Same recyclability and same value in terms of being recycled and, importantly for our business as well, is it's equally as efficient in terms of using a material itself. I think that's the real breakthrough here, Marc, is that a lot of folks have been looking at plant-based plastics. Importantly, what we were able to do is to find a material, or be able to make a material, that produces the exact same plastic that we use today, so maintaining all that's been good with the PET container, but with a focus on continuing to make it even better environmentally.

MG: Again, to bring this down to basics for people who haven't -- obviously, everyone's used a PET bottle. Most people probably haven't thought about what it's made of. Right now, it's essentially made of some form of petroleum. Correct?

SV:  Petrochemicals are the derivative for the package itself. I think when you think of PlantBottle, think of two key components. We were able to replace one today with plant-based material. And our research and innovation teams are working hard on being able to replace that other second component as we look to the future.

MG: The first component is 30 percent of the PET container. What plant product will you use to make that 30 percent?

SV:  Yeah. As you're aware, simply moving to an agricultural product doesn't inherently mean it's better for the environment. We really spent the better half of a year looking at sources for the PlantBottle itself. What we ended moving forward is sugar cane and molasses, a byproduct of the sugar production process from Brazil.

MG: Why that choice?

SV: Like I said, in terms of both with our own research, but also working with partners like WWF, what we learned in terms of the harvesting, as well production practices, in a market like Brazil, delivered the environmental as well as social performance that we felt was best for getting this program started. Whether it's looking at water usage, and Brazil largely being rain fed, or the recycling of wastewater within the production process, to the use of organic fertilizers, to a focus on the land use and growth of sugar cane, largely in degraded pasture lands. It's not perfect, but the commitment from the Brazilian government, the growers down there, our own work that we've had in that space for several years now, enabled us to be able to get started with this process, as we look toward a long-term vision of using plant waste material.

MG: Eventually, you want to use other plant waste as well as sugar cane and molasses.

SV: Yeah. Our ultimate destination is a vision around a 100 percent renewable bottle that's 100 percent recycled, made from plant waste solutions.

MG: You figure you can get the other 70 percent made from plant waste as well at some point.

SV: That's the goal for us, and we're focused on it.

MG: Have you done it in the lab at this point?

SV: Yeah, for that 70 percent, in lab conditions we've been able to advance that work. Now it's a focus on how we find technology solutions that are commercially viable within the marketplace. But it's technically feasible and we're excited about the potential long-term to introducing, hopefully, the next first-ever 100 percent plant-based bottle.

MG: One other question on the production side, then I want to talk a moment about consumers. What are the cost implications of moving to plant-based PET for Coca-Cola?

SV: There is an upcharge in terms of the cost today although I will say, from a marketplace perspective, we're excited to see how the consumer responds. We're talking in the absence of seeing how consumers react to this material, but the material itself does have a cost. It's largely driven because of an unoptimized supply chain. This is a first step and we're introducing it against a material that's been in the marketplace for a very long time. I don't think it was a surprise to anybody that there is a cost. We focused, and it was another reason in terms of looking at the type of feedstocks we looked at specifically, around their ability compete with the existing petrochemical materials. Long term though, we believe we can drive that price down through improving the supply chain, as well as ongoing work to look at plant waste materials, and increasing our use of recycled materials.

MG: What about from the consumer side? Where will the first global consumer see these PlantBottles? Will they be labeled differently? What are your thoughts on rolling them out more broadly?

MG: They're going to be available at places like the climate negotiations in Denmark, Vancouver Olympics. Am I right?

MG: Will they say on the bottle?

SV: I should say, in terms of building onto that market, it'll be on a variety of products. Whether it's a Coke or a Diet Coke or a Dasani water into the marketplace, it will be labeled as PlantBottle, then encouraging folks to learn more about the process on our website, thecoca-colacompany.com.

MG: Obviously though, no price differential for the individual consumer at this point.

MG: You can't ask people to pay a nickel more for a greener bottle, at least not yet.

SV: No. In terms of for this initial launch, there is not a cost incremental for this. We really think in terms of, importantly on the price, but also on ensuring quality in performance that, all things being equal, people will be interested in this package. But we've got to see. That's why we're excited to see how consumers respond.

MG: Best case scenario -- I'm not going to hold you to this. Let's say consumers love the product. Let's say you continue to make your scientific progress. You develop a scalable supply chain. Is the idea of a 100 percent plant-based bottle your vision here -- five, 10, 15 years away? What kind of timeframe are you thinking of? Again, I won't hold you to it.

MG: I'm not going to come back in five years.

SV: It's not you, Marc, that I'm worried about. It's my research and innovation team that have continued to remind me not to put promises out there.

MG: All right. I'll ask it a different way, Scott.

MG: You're 36 years old. You're going to get this done before you retire from Coca-Cola. Right?

SV: I am optimistic about that potential. (Laughs)

MG: Great. All right. Thanks for taking a few minutes.

Image courtesy of the Coca-Cola Company.

Coca-Cola's Quest for the Perfect Bottle Starts with Plants

The whole package: Is 'sustainable packaging' another buzzword, or can it actually cut waste?

Coca-Cola to Test Dasani Bottles Made with Sugar Cane, Molasses