Barry Gold leads the Walton Family Foundation’s freshwater and marine initiatives to find lasting solutions that benefit the environment and strengthen local economies. Before joining the foundation, Barry served as director of Marine Conservation at the Gordon and Betty Moore Foundation, where he led efforts to keep the world’s oceans healthy through approaches that take both environmental and community needs into account. This included work to shift fisheries management to an incentive-based system to help end overfishing, rebuild depleted stocks and sustain fishing communities, as well as efforts to advance comprehensive approaches to ocean planning.

Prior to joining Moore, Barry managed the David and Lucile Packard Foundation’s work on ecosystem-based management and linking science to policy. Before Packard, he was chief of the Grand Canyon Monitoring and Research Center where he led an effort to restore the Colorado River ecosystem throughout the Grand Canyon. Barry has held senior positions with the U.S. Department of the Interior, the U.S. House of Representatives’ Committee on Science, the U.S. National Academy of Sciences and the American Association for the Advancement of Science. He has served as board president for the Consultative Group on Biological Diversity, the leading affinity group for environmental foundations, and was vice-chair of the California Ocean Science Trust Board. Barry received a B.S. from the University of Miami, an M.S. from the University of Connecticut, an M.A. from George Washington University and a D.Sc. from Washington University in St. Louis. 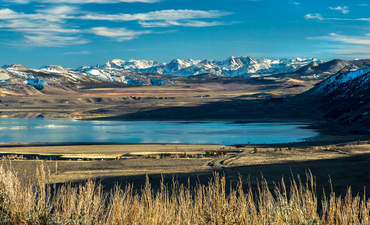