After working in Corporate Plans, he moved to California and led the DuPont Displays business during which time DuPont developed advanced technology and materials for cost-efficient OLED displays.  He returned to Wilmington, Del., in 2009 and assumed responsibility for three additional DuPont businesses — Digital Printing, Display Enhancements and Authentications.  In 2011, he was named global business director for DuPont Photovoltaic Solutions, and led the company’s growth and expansion as the world leader in materials for solar energy.  He was named to his current position in November 2013.

Prior to joining DuPont, Dr. Feehery worked in venture capital and was a management consultant with the Boston Consulting Group.

Beyond electrification: exploring alternative fuels for a clean energy economy 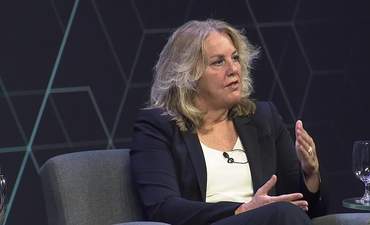 Beyond electrification: exploring alternative fuels for a clean energy economy

The promise of electric vehicles dominates mainstream media coverage, but they’re not the only way to reduce the transportation sector’s dependence on petroleum. Our experts will discuss the promise and practicality of various alternative fuels, especially cellulosic ethanol. Learn more about which approaches show the most promise for reducing carbon emission, the connection between ethanol and high octane, and why going cleaner doesn’t mean sacrificing performance.