Bina Venkataraman is a writer and leader who works at the intersection of social progress, emerging technology and environmental change.

Bina Venkataraman is a writer and leader who works at the intersection of social progress, emerging technology and environmental change. Currently, she teaches in the program on science, technology, and society at MIT and serves as the Director of Global Policy Initiatives at the Broad Institute of Harvard & MIT. She is also a fellow at New America and a former journalist for The New York Times and The Boston Globe. Bina previously served as Senior Advisor for Climate Change Innovation in the Obama White House, where she forged partnerships among communities, companies, and government to prepare for climate disasters. She also advised the President's Council of Advisors on Science and Technology in responding to the Ebola epidemic, promoting patient access to cancer therapies, and reforming public school science education. Her first book, The Optimist’s Telescope: Thinking Ahead in a Reckless Age, will be published by Riverhead in August 2019. Bina is an alumna of Brown University and Harvard’s Kennedy School. She is the recipient of a Fulbright, a Princeton in Asia fellowship, a Metcalf fellowship, and a James Reston fellowship. She serves on the Brown University President’s Leadership Council, the advisory council of the Institute at Brown for the Environment and Society, and the advisory board of the Metcalf Institute. She was named a 2015 Global Young Leader by the French-American Foundation. 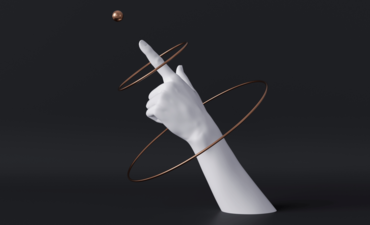 There are better ways to measure progress 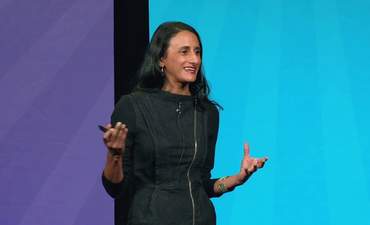 WithBina Venkataraman
In a talk that draws on her new book The Optimist’s Telescope, Bina Venkataraman, the Director of Global Policy Initiatives at the Broad Institute of MIT & Harvard, illuminates our untapped power to think longer term.