A longtime columnist with GreenBiz.com, Brad Allenby is currently a professor of Civil and Environmental Engineering at Arizona State University. Prior to his work at the university, he was AT&T's vice president of Environment, Health and Safety.

Brad Allenby is currently Professor of Civil and Environmental Engineering, and of Law, at Arizona State University, having moved from his previous position as the Environment, Health and Safety Vice President for AT&T in 2004. Dr. Allenby received his BA from Yale University in 1972, his J. D. from the University of Virginia Law School in 1978, his Masters in Economics from the University of Virginia in 1979, his Masters in Environmental Sciences from Rutgers University in the Spring of 1989, and his Ph.D. in Environmental Sciences from Rutgers in 1992. He is currently President of the International Society for Industrial Ecology; Chair of the AAAS Committee on Science, Engineering, and Public Policy; a Batten Fellow in Residence at the University of Virginia’s Darden Graduate School of Business Administration; and a Fellow of the Royal Society for the Arts, Manufactures & Commerce. From 1995 to 1997, he was Director for Energy and Environmental Systems at Lawrence Livermore National Laboratory, and from 1991 to 1992 he was the J. Herbert Holloman Fellow at the National Academy of Engineering in Washington, DC. His areas of expertise include Design for Environment, industrial ecology, telework and netcentric organizations, and earth systems engineering and management. 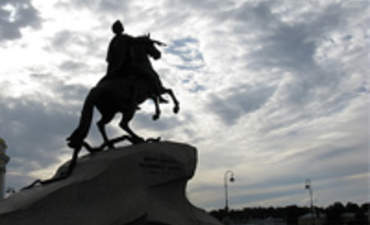 World-Changing, Far-Future Technologies are Nearer than You Think

By Brad Allenby
The so-called "Five Horsemen" technologies that can and will reshape the world and humanity's impact on it -- nanotechnology, biotechnology, robotics, information technology and applied cognitive science -- are approaching rapidly enough that the time has come to seriously consider how to incorporate these technologies into a sustainable future.

By Brad Allenby
Have the environmental/sustainability movements allowed themselves to be segmented and made a part of the postmodern political chessboard, moved by others for their own purposes? 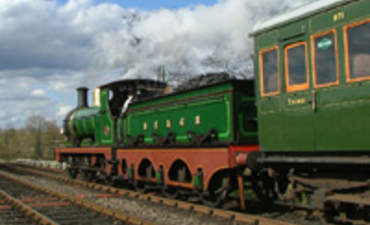 The Five Horsemen of Environmental Change

By Brad Allenby
Just as railroads fundamentally changed the country and the world in the 19th century, five even more power technologies are already among us, making it all the more imperative that we examine them from their potential environmental impacts. 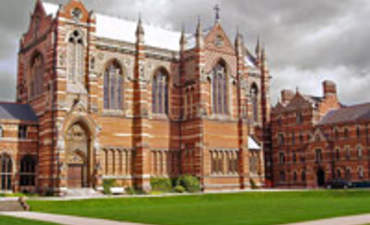 Schooling Ourselves on Sustainability

By Brad Allenby
Educating students about sustainability -- and training them to develop the solutions that will make it a reality -- has never been more important than right now. Unfortunately, without radical changes to the education system, the leaders we need may never appear.

Naming the Problem in Order to Solve It

By Brad Allenby
Framing the environmental challenges that we face as simply as possible allows people to act, even if ineffectually; frame it as the complex adaptive system that it is, and people go back to television. But rethinking how we discuss climate change solutions may result in rethinking how we think about the problem at all.

What Environmentalism Could Learn from L.A.

By Brad Allenby
The cliché has it that there is no environment in Los Angeles, but as a mythical city facing hordes of environmental, economic and social challenges, there are a multitude of lessons there that we can use in developing and sustaining the environmental movement.

Science and the 'Routes to Truth'

By Brad Allenby
The practice of science offers a solution to our many looming crises -- climate change among the largest -- only if we step back from our drive to analyze details at the smallest possible level and begin examining the bigger picture.

Toward a Real-Time Macroethical Assessment for Sustainability

By Brad Allenby
As shown by the current uproar over the use of food crops as stock for alternative fuels, we need to incorporate a flexible and highly adaptive system of ethical guidelines to our plans for addressing the environmental problems that loom increasingly large over human activity.

By Brad Allenby
Science and technology have led us to our current environmental crisis, and many believe that it also holds the most promising key to getting us out of this predicament. But several new books explore the notion that the rise of 'scientism' can lead to an erosion of personal freedoms.

Are Plug-In Hybrids a Path to Salvation? Be Careful What You Wish For

By Brad Allenby
As the current backlash on corn-based ethanol shows, when we fall in love with promising new technology too quickly, we run the risk of creating worse problems than we're originally trying to solve.