Chris Walker serves the World Business Council for Sustainable Development as director, North America, based in New York City. As part of his role, he manages the organization’s relationship with about 40 Fortune 500 companies with headquarters in North America and leads the WBCSD’s Engaging Capital Markets program, which assists WBCSD member engagement on ESG issues with the financial sector

He has worked in a variety of roles over the last 15 years on climate and sustainability. Most recently he was a member of Ernst & Young LLP’s Americas Climate Change and Sustainability Services practice. He previously was the Executive Officer of the Carbon Trust, LLC, the US affiliate of the UK’s Carbon Trust. He has served on the National Academy of Science’s, congressionally mandated study “America’s Climate Choices” (July 2010) and as Executive Director for North America for The Climate Group and as Head of Swiss Re's Sustainability Business Development. At Swiss Re, he ran a unit responsible for developing commercial applications to Swiss Re Sustainability as well as government affairs liaison on climate change/GHG emissions issues.

Prior to Swiss Re, he litigated environmental law. He is a graduate with a BA and JD from St. John's University and attended the Institute on Comparative Political and Economic Systems at Georgetown. 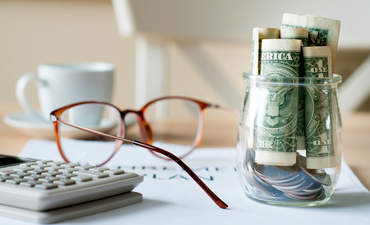 By Tony Calandro and Chris Walker
A new initiative shaped by Allianz, BlackRock and Mercer highlights the need to incorporate sustainable strategies into 401(k)s.