Hawaiian Electric serves 95% of Hawaii’s electric customers with a service area made up of five separate islanded electric systems.

Hawaiian Electric serves 95% of Hawaii’s electric customers with a service area made up of five separate islanded electric systems. At 27% RPS with 17% of its customers deploying various rooftop solar systems, Hawaiian Electric has taken a leading role in the integration of renewable and DER systems.

Colton Ching has responsibility for planning Hawaiian Electric’s 100% renewable energy grid and integrating needed new technologies into the system. He previously served as Vice President of Energy Delivery as well as Vice President of System Operation and Planning and has 27 years of utility experience. In addition to his work at Hawaiian Electric, Colton serves on the Metro Board of Directors of the YMCA of Honolulu, the Executive Board of the Aloha Council Boy Scouts of America, and on the Advisory Council to the State of Hawai‘i Emergency Management Agency. Colton is also one of 13 inaugural cohorts in the Omidyar Fellows Leadership program.

Colton was born and raised on the island of Maui and is a graduate of the University of Hawai‘i at Mānoa where he received a degree in Mechanical Engineering. He now calls Kāneʻohe home where he resides with his wife Vicky and their son Jacob.

Decarbonized, distributed and digital — building for a new energy future 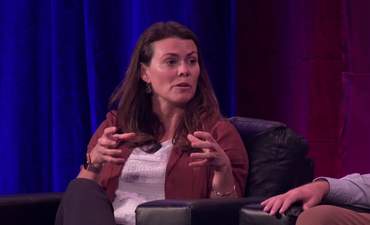 Decarbonized, distributed and digital — building for a new energy future

The future of the grid is increasingly becoming decarbonized, distributed and digital. Utility and energy executives from California, Australia and Hawaii share what they are doing to meet their aggressive clean energy goals, lessons learned so far, and what's ahead. 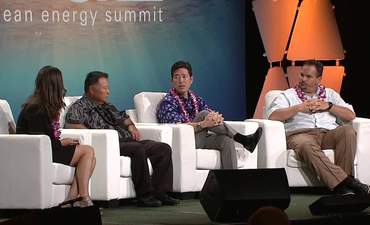