A Pulitzer Prize-winning journalist who writes frequently about environmental science, Dan Fagin is also a science journalism professor at New York University. His book, Toms River: A Story of Science and Salvation,was awarded the 2014 Pulitzer for General Nonfiction, as well as the New York Public Library’s Helen Bernstein Book Award for Excellence in Journalism, the National Academies Science Book Award, and the Society of Environmental Journalists’ Rachel Carson Environment Book Award. Dan’s recent publications include The New York Times, Scientific American, Nature and Slate. His new book project is about monarch butterflies and the Anthropocene.

Before joining the NYU faculty in 2005, Dan was the environmental writer at Newsday for 15 years, during which time he was twice a principal member of reporting teams that were Pulitzer finalists. He has also won both of the best-known science journalism prizes in the United States: the Science  Journalism Award of  the American Association for the Advancement of Science, and the Science in Society Award of the National Association of Science Writers. At NYU, Dan is an associate professor of journalism at the Arthur L. Carter Journalism Institute and the director of the masters-level Science, Health and Environmental Reporting Program (SHERP), one of the oldest and best-regarded science journalism training programs in the world. 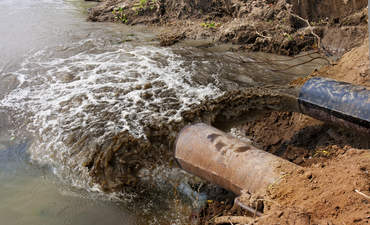 By Dan Fagin
The story of chemical waste and its tragic consequences in the town of Toms River, New Jersey.