David Bissell has served as the President & CEO at Kauaʼi Island Utility Cooperative (KIUC) since June 2010. Under Mr.

David Bissell has served as the President & CEO at Kauaʼi Island Utility Cooperative (KIUC) since June 2010. Under Mr. Bissell’s leadership, KIUC has been consistently ranked as one of the top utilities for solar integration in the country and has increased its renewable energy sourced generation from 8% to almost 50%. In March of 2017, KIUC drew international attention when the world’s largest utility-scale solar-plus-battery facility, developed by Tesla, was unveiled. The Tesla solar field stores energy during the day and releases it during peak evening hours. In early 2018, construction will begin on KIUC’s second dispatchable solar project, developed by AES Distributed Energy. In combination with the Tesla system, half of Kauai’s evening peak energy needs will be supplied by energy generated from the sun. Mr. Bissell was among 11 utility industry leaders who were asked to serve on the Puerto Rico Electric Power Authority’s newly formed Transformation Advisory Council. He earned his bachelor’s degree in accounting and finance from the state University of New York at Brockport, and his M.B.A. from the Kelley School of Business at Indiana University. 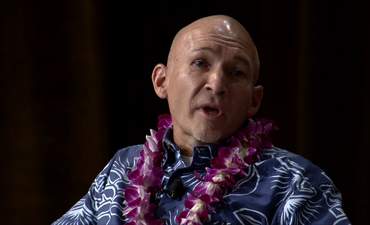 While New York and California often get the spotlight for their energy system transformation initiatives, many states across the country have different challenges. What will it take to build a 21st century electricity system for rural areas all over Hawaii and beyond?