Lizzie also is the author of "Watershed: The Undamming of America" (Counterpoint Press, 2002), and "Adventuring Along the Lewis and Clark Trail" (Sierra Club Books, 2003), and she co-edited "Shadow Cat: Encountering the American Mountain Lion" (Sasquatch Books, 1999).

A native of New York City, she has a BA in literature from Yale University. She now lives a minute’s walk from the Willamette River in Portland, Ore. When not at her desk writing she's out exploring -- hiking, camping, paddling, sketching and watching birds.

From 2004 to 2007, Karen was program manager at American Chemical Society’s Green Chemistry Institute, where she identified new opportunities to connect the science of green chemistry to a broader movement for sustainability.

Prior to that, she co-founded The Ingenuity Project (TIP) at the Darden Graduate School of Business Administration at the University of Virginia. TIP is an effort to focus business education on the competitive advantages inherent in heightened environmental awareness.

Previously Karen was program officer for new ventures at the W. Alton Jones Foundation, a private grant-making organization focused on environmental issues and nuclear non-proliferation. At Jones, she managed grants on cross-disciplinary issues including environmental health, sustainable urban development, and renewable energy. She also initiated and oversaw the foundation’s ‘Megacities and Sustainable Transportation’ initiative, an international project spanning cities in the U.S., Asia and Latin America. 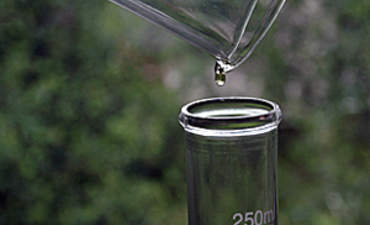 Can Green Chemistry Get Us Out of Deepwater?

What can we do to make sure that disasters like Deepwater spill don't happen again? Green chemistry, a science that calls for eliminating hazards and waste at the design stage rather than at the end of the pipe, is among the many answers to the question.