Kevin Johnson is president of GlidePath Federal Solutions, where he is focused on providing U.S. government agencies with distributed power systems to increase resiliency, reliability and mission assurance.

Kevin Johnson is president of GlidePath Federal Solutions, where he is focused on providing U.S. government agencies with distributed power systems to increase resiliency, reliability and mission assurance. He was formerly chief commercial officer for CleanCapital, where he led the acquisition of $40 million of operating solar projects.

Prior to GlidePath and CleanCapital, Johnson served as the managing director of federal and microgrid business development for Canadian Solar (USA), a global leader in solar photovoltaic manufacturing and project development. In that role, he created and led a cross-functional business division that achieved over $70 million in sales to the Department of Defense. Earlier, Johnson was the senior manager of mergers and acquisitions for Acciona Energy North America, where he led the sale of more than $50 million of solar and wind assets throughout the United States.

Before entering the private sector, Johnson served as a Captain in the U.S. Army. He deployed to Iraq in 2004 with the 1st Battalion, 33rd Field Artillery Regiment in support of Operation Iraqi Freedom II. He earned his Bachelor of Science degree in Systems Engineering from the United States Military Academy at West Point and an MBA from Cornell University, where he was a Roy H. Park Leadership Fellow.

Johnson is also a Truman National Security Fellow at the Truman National Security Project; an Emerging Leader at the Chicago Council on Global Affairs; and a member of the non-profit Board of Directors for the American Resilience Project and Clean Energy Leadership Institute. In 2013, he was the recipient of the White House Champions of Change award for leadership in the renewable energy industry. 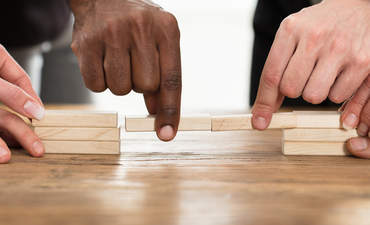 5 revelations from a talk with Temple Grandin

Sights and scenes of GreenBiz 20