Prior to joining Advanced Electron Beams in October 2005, Mitch was a corporate consultant and lecturer, serving on multiple industry, government and corporate boards of directors, and advising start-up organizations and venture capital firms.

Previously, Mitch served as the CEO of PRI Automation, a publicly traded corporation that supplied automation systems including hardware, software and services for the semiconductor industry. From 1987 to 2002, he held positions of increasing responsibility, managing the growth of the company from $4 million to over $300 million in revenue, and guiding the company through its successful IPO. In 2002 PRI Automation was acquired by Brooks Automation.

Between 1985 and 1987, Mitch worked at GCA Corporation as director of product management and from 1979 to 1985, he served as science advisor and legislative assistant for energy to U.S. Senator Paul Tsongas.

Mitch is a co-founder of the New England Clean Energy Council, whose mission is to accelerate New England's clean energy economy to global leadership by building an active community of stakeholders and a world-class cluster of clean energy companies. Mitch serves on the executive committee and heads the CEO Council.

Mitch also serves on the executive and governing boards of John Adams Innovation Institute, a quasi-public state agency focused on promoting high tech economic development in Massachusetts, the board of the Mass High Technology Council, the UMASS High Tech Executive Council, the Massport Security Advisory Council and the board of the Progressive Business Leaders Network.

In October 2008, the Mass High Tech Journal named Mitch a Mass High Tech All-Star for his leadership in and commitment to the clean energy sector. Tyson has a bachelor of science degree in physics, a master's degree in nuclear engineering and a second master's in political science, all from the Massachusetts Institute of Technology. 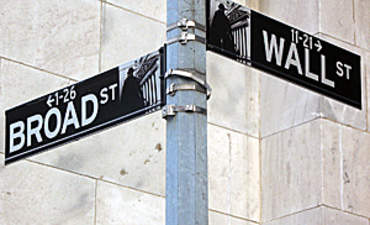 Why the Triple Bottom Line Matters More Than Ever

The concept of a triple bottom line, where social and environmental factors are considered along with economic ones, is also getting a lot of attention. Is this another business fad? I don't think so.