Stephen Ritz is a South Bronx educator who believes students should not have to leave their community to live, learn, and earn in a better one. He is the author of The Power Of A Plant, and founder of Green Bronx Machine.

Stephen Ritz is a South Bronx educator who believes students should not have to leave their community to live, learn, and earn in a better one. He is the author of The Power Of A Plant, and founder of Green Bronx Machine. Known as "America's Favorite Teacher," Stephen created the first edible classroom in the world, now the National Health, Wellness and Learning Center. His students have grown more than 85,000 pounds of vegetables in the South Bronx, and in the process moved school attendance from 40% to 93% daily and helped provide 2,200 youth jobs in the Bronx. Stephen was a Top Ten Finalist for the Global Teacher Prize, named Global Humanitarian, Food Tank Hero, TEDx Prize Winner and a Global Food Educator, and presented at the Obama White House three times. His curriculum is being used in hundreds of schools across the United States and internationally. Stephen’s work has been featured by Forbes, Fast Company, The New York Times, The Wall Street Journal, USA Today, ABC, NBC, CBS, CNN, FOX, TNT, Disney, Discovery TV, NPR, Teach Middle East, and The Gulf National. His TED Talk boasts more than 1 million views, ranks in the Top 10 Food/Education TED Talks of all time, and is used for teacher training/workforce development. Stephen was featured in the film adaptation of Michael Pollan’s In Defense of Food and appeared on ABC’s The Chew, The Rockefeller Foundation’s Food for Thought, NPR’s 50 Great Teachers, All Things Considered, and American Graduate. The State University of New York uses his curriculum to train teachers in all content areas. His appearance on PBS’ Growing A Greener World (Episode 808) won an Emmy Award, and he and his students were recently featured on covers of TIME for KIDS and Scholastic Magazine. Stephen splits his time between the Bronx and The Sustainable City in Dubai, UAE, as Director of Health, Wellness and Innovation for ESOL Education. Currently, Stephen is bringing Green Bronx Machine programming to 22 American cities across 19 states. 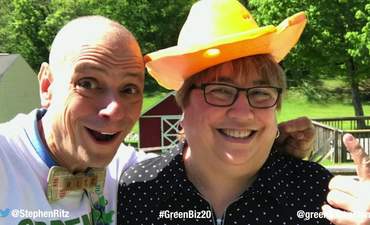 Growing something greater: Stephen Ritz on the 'whole school' approach to education

Stephen Ritz is an educator in the South Bronx, where he takes a "whole school" approach to education, rooted in health, wellness and mindfulness. In the poorest Congressional district in America, where 45,000 people live within 8 square blocks of each other and healthy, fresh food is not available, he teaches students about growing and preparing their own vegetables in school farms. "Of all the crops I've grown," he says, "my greatest crops have been my students themselves." From GreenBiz 20. 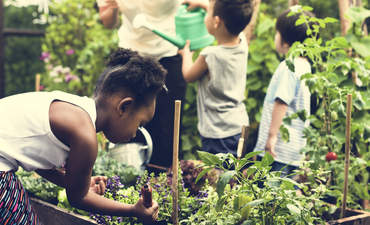 How an urban school's gardening project healed a community

By Stephen Ritz
Teacher Stephen Ritz transformed a school's lunch program by getting kids involved in community gardening — as well as nurturing their hearts and minds. 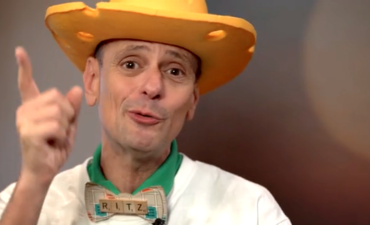 Stephen Ritz of the Green Bronx Machine dishes on coupling urban farming and economic development in the South Bronx at VERGE 2015. 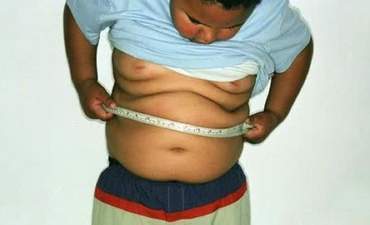 WithStephen Ritz
Stephen Ritz, teacher and founder of the Green Bronx Machine, is melding urban farming and economic development in the South Bronx. 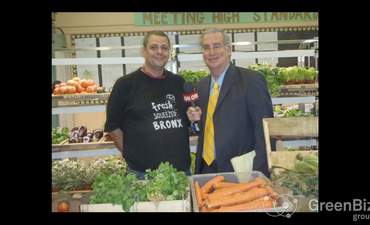 Win, win and win: a new model for corporations and communities

South Bronx educator Stephen Ritz tells how his students at the Green Bronx Machine are transforming their own local food systems, and elevating themselves from poverty into the mainstream economy in doing so.